Märta Ekström was a respected actress and singer, active during the first half of the 1900s.

Märta Ekström was the daughter of Adolf Fredrik Ekström, a tradesman, and his wife Maria, née Röhr. She was born in 1899 at Carlsdal on Värmdö. Her father died when his daughter was barely three months old, and his funeral was held at the same time as her baptism. Märta Ekström had three older siblings, her half-sister Elisabet and her brothers Fredrik and Sven Helmer. The latter died however at the age of eight. Their mother continued working as a tradeswoman for a time after the death of her husband. After a number of moves in the Stockholm region, the family settled down in the capital in the mid-1910s.

Among her stage roles were Bianca in Othello in 1924 at Dramaten, Margareta in Faust in 1928 at Dramaten, Ginevra in Vendetta in 1924 at Svenska teatern, Alvilde in Det stora barndopet in 1925 at Vasateatern, Anna in Värmlänningarna in 1926 at Skansen’s open-air theatre, and Margaret Flaherty in Hjälten på den gröna ön in 1926 at Komediteatern. At Dramaten after this she performed for example the title role in Sonja in 1927, Germaine in Herr Lamberthier in 1930, Fru Markurell in Markurells i Wadköping in 1930, Acacia in Mors rival in 1931, Lavinia in Klaga månde Elektra in 1933, Fru Wolff in Bäverpälsen in 1933, Hertiginnan de Maulévrier in Den gröna fracken in 1935, Donna Angela in Spökdamen in 1936, Damen in Till Damaskus (part 1) in 1936, Katrina in Kejsaren av Portugallien in 1939, Julia in Swedenhielms in 1942, Mumien in Spöksonaten in 1942, the Mother inBlodsbröllop in 1944 and Amy Monchensey in Släktmötet in 1948. Märta Ekström performed her last role in Strindberg’s Den starkare in the spring of 1949, before illness compelled her to leave the stage.

Märta Ekström made her film debut in 1925 in the role of Czar Peter I’s consort Katarina in John W. Brunius’ epic historical film Karl XII/senare delen. Märta Ekström, who was first and foremost a distinctive theatre actress, only performed in eight films. Among them were Ingmarsarvet in 1925, Unga hjärtan in 1934, John Ericsson – segraren vid Hampton Roads in 1937, Katrina in 1943 och Kejsarn av Portugallien in 1944. In Gustaf Edgren’s Katrina, Märta Ekström played the title role and created a masterly portrayal of a countrywoman from youth to old age.

The trained singer Märta Ekström recorded a number of songs for the gramophone, about 40 record sides all in all. Her repertoire contained children’s songs, folk songs and popular music.

Märta Ekström was one of the foremost character actresses of her time. She played all kinds just as credibly, from folksy or tough farming and working women, jealous or aristocratic ladies to vulgar and grotesque old women. She had authority, was powerful, human and expressive. She enjoyed applying her drastic colouring and her humour that leaned towards the burlesque, to her role creations. Märta Ekström was just as able to appear as beautiful or scarily ugly, young or old, good or bad, full-blooded or dry, comical or tragic. Her roles were often great tragic ones which she performed in a finely tuned, magnificent manner.

On the theatre stage, Märta Ekström had greater opportunity to show the real depth and breadth of her gifts. She has been called ”a proletarian actress” as well as a ”transformation artist”, and it has even been mentioned that she had ”a sense of the sophistication of vulgarity”. For a couple of decades, she was one of the leading performers at Dramaten, as she was on the radio theatre.

Märta Ekström died in Stockholm in 1952. She is buried in the family grave in Värmdö Cemetery outside Stockholm. 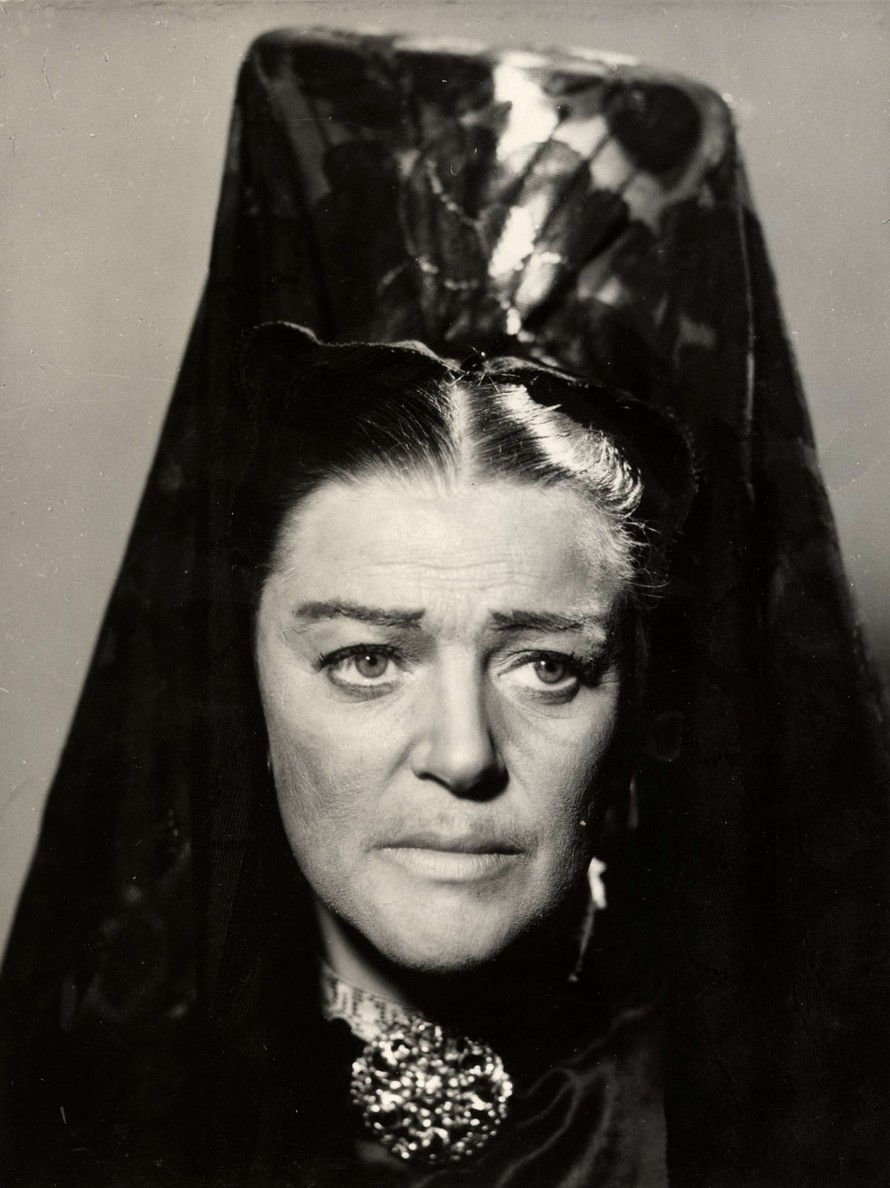