Märtha Ohlson was a pianist who was one of the most celebrated and frequently called-upon accompanists of her time. She was also a pioneer of the Swedish radio.

Märtha Ohlson was born on 27 July 1876 in Stockholm. She came from a musical and artistic family. She was the daughter of Carl Theodor Ohlson, an office clerk, and Johanna Albertina “Alba” Andersson, an actor and singer. Märtha Ohlson received her first piano lessons at home from her mother, who realised her daughter’s great musical talent from an early stage.

Alba Andersson worked hard to develop Märtha Ohlson’s talent as a pianist and in Stockholm she found several stage performers who were willing to support her. In the early 1880s several concerts were held to promote Märtha Ohlson at the Royal Swedish Academy of Sciences auditorium and at Berns Salonger. At the very first of these concerts, held in 1881 when Märtha Ohlson was only five years old, she made her public concert debut playing a short piano piece and sharing the stage with great artists such as Mathilda Taube and the pianist and composer Emil Sjögren. Märtha Ohlson made such a strong impression on Emil Sjögren that in 1904 he dedicated his great sonata in A major opus 44 to her. When Märtha Ohlson was eight years old she gained high marks for her great musical aptitude from the great international stage performers Arthur Rubinstein and Teresina Tua.

At the age of ten Märtha Ohlson was accepted into the Royal Swedish Academy of Music conservatoire (now known as Kungliga Musikhögskolan, royal college of music) and became that institution’s youngest-ever student. There she studied the piano with Hilda Thegerström from 1886–1893. She continued her piano studies from 1893–1899 with Lennart Lundberg. Märtha Ohlson made her debut as a piano accompanist in 1898 and that year she also gave her first solo concert at Stockholms Arbetareinstitut (workers’ institute). The combined takings from the entry fee to the concert, along with a financial contribution from King Oscar II, enabled her to travel to Paris the following year where she studied under Raoul Pugno, the leading pianist.

During the 1894–1908 period Märtha Ohlson was employed as a pianist for the Stockholms Arbetareinstitut concert agency and played a contributing role in the rise in popularity of their Sunday ‘folk concerts’, to the extent that they became a prominent element within the capital city’s entertainment sector. Märtha Ohlson also worked at the Stockholms Borgarskola (citizens’ school) concert agency, while her longest employment ended up being with Folkkonsertförbundet's concerts for which she regularly performed from 1906 right through until 1940.

Märtha Ohlson served as accompanist to a range of prominent Swedish and foreign artists throughout the years – including Anna Oscàr, Carolina Östberg, Signe Rappe, Tor Aulin, and Aino Ackté. Her best-known collaboration was with John Forsell, head of the opera. Their joint performances ran from 1898 until late into the 1930s, but were at their most intense during the period up to 1921 when, according to Märtha Ohlson herself, they performed “more than five hundred concerts” together, including a tour across the other Scandinavian countries. Märtha Ohlson also performed as pianist at a range of entertainment nights held by some of the most prominent celebrities of the time, including the likes of Ellen Key and Carl Larsson. In addition to her career as an accompanist Märtha Ohlson was also incredibly busy as a highly-sought after piano-teacher; indeed, she was Jussi Björling’s first piano teacher.

Märtha Ohlson gave her first major solo concert at the Royal Swedish Academy of Sciences auditorium in February 1905, at which she played Beethoven, Bach, Chopin and Emil Sjögren. She was lauded for her unusually confident technique and sense of style. Märtha Ohlson was elected into the Royal Swedish Academy of Music as an associate member in 1912 and as a full member, number 557, in 1919. In 1924 she was awarded the royal Litteris et Artibus medal.

Märtha Ohlson was also a pioneer within the Swedish radio and made her debut in ‘rundradio’ with her own solo programme a year before the AB Radiotjänst (now known as Sveriges Radio) was established. In Märtha Ohlson Swedish radio had a properly faithful servant and she appeared in more than 625 radio programmes, the last one as late as 1963 when she was 87 years old.

Märtha Ohlson was a charming person and her versatile piano-playing has been described as “outstanding in terms of rhythm, sound, style, and accomplishment”. The journal Idun described her talent as an accompanist in these words: “It is an art to be an accompanist, although few know it. Miss Ohlson is one of these few. She embodies to a high degree the ability to enter into every detail of a musical piece and thus knows to subordinate herself in both expression and variations to the person she is accompanying.”

Märtha Ohlson was an active pianist throughout her life and was still playing concerts in her 80s. By the time her career ended she had played 3,000 public concerts in Sweden.

Märtha Ohlson died on 23 June 1966 and is buried at Norra begravningsplatsen (the Northern Cemetery) in Solna. 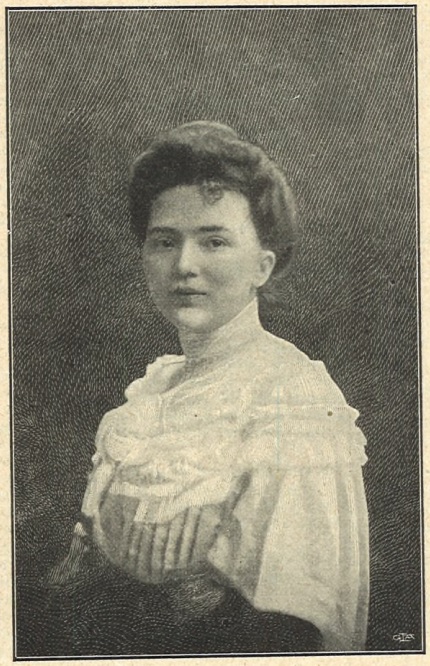