Mary von Sydow, whose interests included the women’s and suffragette movements as well as sporting movements, was an active member in various associations. She donated funds to educational and research projects primarily within the Gothenburg area.

Mary von Sydow was born in Gothenburg on 7 November 1884. She was the second daughter born to Emily Wijk, née Dickson, and Erik Wijk. Mary von Sydow’s older sister’s married name was Gerda Weidenhielm. The family lived in a well-off home where the household included seven maids. Six of these women were unmarried and one was a widow. The full household complement numbered one man and ten women. Mary von Sydow’s father was a wholesale merchant and a politician. He was part-owner of the Olof Wijk & Co firm and he was also a municipal politician in Gothenburg as well as a parliamentarian. Further, he was a member of the Royal Society of Arts and Sciences in Gothenburg.

Mary von Sydow’s mother, Emily Wijk, engaged in charitable work, such as setting up a workhouse known as Vasa barnhem (children’s home) and donating money to the Norrbotten tuberculosis clinic. In 1913, a few years after she had been widowed, she donated money to the Emily Wijk foundation which provided rent-free accommodation to self-supporting and educated women in Gothenburg. In 1919 300,000 kronor were donated to Gothenburg high school in order to raise the salaries of certain professors and to cover docent stipends.

Mary von Sydow married in 1911. Her husband, Oscar von Sydow, was eleven years her senior. He served as governor of Norrbotten county from 1911–1917 and then of Gothenburg and Bohus county from 1917–1934. He was then appointed marshal of the realm until 1936. During the First World War Oscar von Sydow also held the post of Minister for Public Administration and for a few months during 1921 he even served as Sweden’s Prime Minister. Mary von Sydow thus had to adopt the roles of governor’s wife and cabinet minster’s wife, with all the relevant duties and obligations. These were not formalised roles but rather unwritten expectations which were demanded of the wives of civil servants.

Mary von Sydow was an active member of the women’s and the suffragette movements. At the eleventh meeting of the central committee of Landsföreningen för kvinnans politiska rösträtt (LKPR, national association for women’s suffrage), held in Stockholm in January 1914, she was elected to be a representative on the Centralförbundet för Socialt Arbete (CSA, national association of social work), along with Anna Whitlock and others. She was returned to this post for a period of several years. At this point in time Mary von Sydow’s official role was as wife of the governor in Luleå. She was further elected onto the executive committee for Kvinnornas uppbåd, a voluntary defence organisation for women established a few weeks after the outbreak of the First World War on the initiative of Eva Upmark, the chair of Svenska kvinnors nationalförbund (national association of Swedish women). In addition, Mary von Sydow also served as chair of the local Gothenburg association of Fredrika-Bremer-Förbundet as the successor to Hedvig Carlander, who had been appointed chair when the local association was established. Mary von Sydow was also active in the church and for a while served on the church council in the Oscar Fredrik congregation in Gothenburg.

Mary von Sydow was also an active sportswoman who was very keen to see women participate in sports. She gave an inaugural speech in French at the Women’s World Games held at Slottsskogsvallen in Gothenburg from 27–29 August 1926.

Mary von Sydow was very active on behalf of various vulnerable elements within society. She was chair of De Blindas Vänner from 1921–1935. She wrote an article for the Tidevarvet journal on care provisions for the blind in Sweden the year before she retired as chair. In the article she noted with satisfaction that state benefits for the blind were to be introduced the following year, replacing the alms which had hitherto been the main source of help for the blind.

On 30 June 1944 a donation fund named Stiftelsen Fru Mary von Sydow, född Wijk was set up. The primary goal of the foundation was and remains to promote childcare and youth care, along with childrearing and training, scientific education or research, and providing aid to the needy as well as championing care of the elderly who were unwell or handicapped, and, finally, to encourage the defence of the realm. The primary focus of the foundation’s board is enterprises based in Gothenburg.

Mary von Sydow died in 1957. She is buried at Östra kyrkogården (the Eastern cemetery) in Gothenburg. 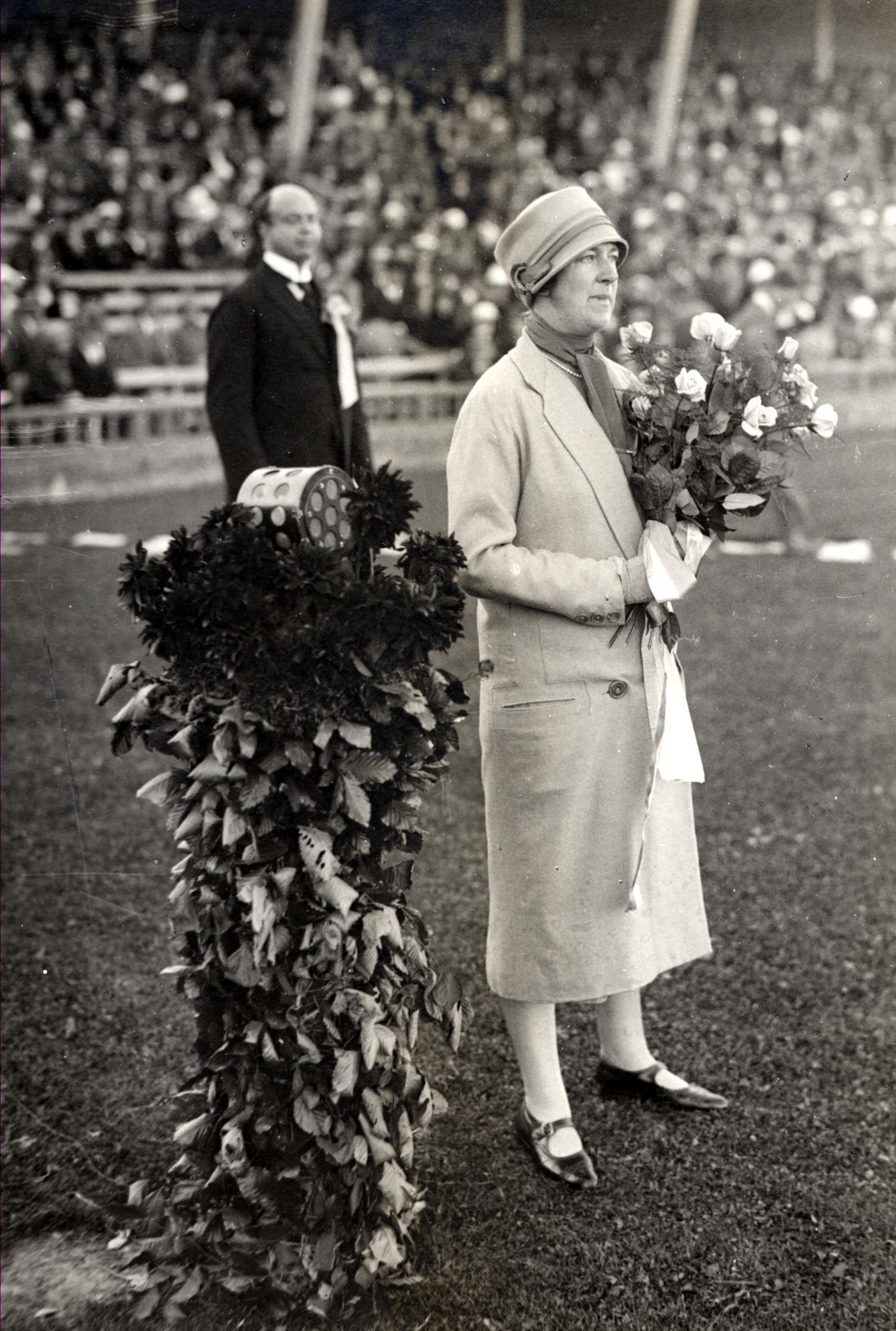