Mary Karadja was a playwright, poet and producer of spiritualist writings who attracted international attention. She claimed to be a spiritualist medium.

Mary Karadja was born in Stockholm on 12 March 1868. She was the youngest of four children born to the wholesale merchant Lars Olsson Smith and Marie Louise Collin. Her parents came from humble backgrounds. Her father, whose wealth was based on alcoholic drinks, was active within social-welfare efforts, and from 1885–1891 he was a parliamentarian in the Swedish parliament’s first chamber. Her mother was the illegitimate daughter of a fishwife and had been adopted by and raised by the family of the dentist to the royal Swedish court. Mary Karadja’s eldest brother, Charlie, was an engineer and inventor. Another brother, Otto, gained a degree in political science in Tübingen in 1886 before eventually joining his father’s business. She also had a sister, Lucie Lagerbielke, who shared her interests in the spiritual sphere. The two girls were given an education typical for upper-class girls, comprising languages, drawing, embroidery, and music. They were initially home-educated by a governess, which was followed up by attendance at finishing-schools in Switzerland, France, and Italy. According to an article published in Idun in 1896 from the age of nine onwards Mary Karadja spent most of her time abroad, primarily in Geneva. In addition to Swedish, she apparently also spoke French, English, Greek, Dutch, German, Spanish and Italian.

On her return to Stockholm Mary Karadja met the significantly older Prince Jean Karadja, the Ottoman envoy to Stockholm and The Hague. The couple married in double ceremonies in 1887, a Greek-Orthodox one in the Russian church and a Protestant one held in her parents’ home after which they settled in The Hague. Some years later they purchased Bovigny castle in Belgium and they also spent time living in Copenhagen and London. Between 1888 and 1892 they had three children, albeit the first only lived to be six months old. Prince Karadja died in 1894, after which Mary Karadja and her children appear to have been alternately resident in Stockholm, at Bovigny, and leading an itinerant life. In 1912 Mary Karadja moved to England. Following the end of the First World War she settled in Locarno, Switzerland.

Mary Karadja’s first work, Étincelles, which was a collection of aphorisms published in both French and English, was published in 1892. She then spent the next fifteen years writing plays which were produced at theatres in both Sweden and in other countries, as well as poetry, and, eventually, a large number of spiritual writings in several languages, often printed in several editions.

In Spiritistiska fenomen och spiritualistiska vyer, published in 1900, Mary Karadja testifies about her first experience of a séance, in Stockholm in April 1899 and how she, shortly thereafter, travelled to London and participated in séances that she came across through adverts. At the first London séance she attended her late husband, who had died five years earlier, made an appearance , followed by Fredrika Bremer. The latter was channelled by a medium named Alfred Vout Peters and expressed her encouragement to Mary Karadja using perfect, albeit old fashioned, Swedish, saying: “Help the Swedish woman!”. Mary Karadja claimed that she rapidly became a confirmed spiritualist. Subsequently she herself became a much sought-after medium who toured throughout Europe. Two psychologists named Axel Herrlin and Sydney Alrutz investigated her qualities as a medium.

Mary Karadja invited foreign spiritualist mediums to Stockholm, including Alfred Vout Peters and a German medium named Anna Abend, also known as Frau Abend. When, in 1902, the latter was arrested for fraud in Berlin, allegedly committed during séances held within spiritualist circles in Copenhagen, Mary Karadja published, that same year, a work entitled Abend-affärens document in her defence. Mary Karadja was no foreigner to public controversy and often made bold contributions in public debates. In 1901 she published Ett genmäle till docenten Herrlin in opposition to Axel Herrlin, whose publications entitled Själslifvets underjordiska verld and Spiritismens fysiska fenomen: Ett svar till prinsessan Karadja had in part treated hysteria and split personalities, and in part entered into polemics against spiritualism with a particular focus on Mary Karadja’s publications and activities as a medium.

Mary Karadja, along with the animal rights activist Lizzy Lind af Hageby and Anna Synnerdahl, began the Christian and spiritualist-toned publication XXe seklet which ran from 1902 to 1904, seeking to counteract materialism and solve social problems by converting the Christian message of love into practical actions.

According to a 1913 interview with Mary Karadja in Revue internationale des sociétés secretes she claimed to have been initiated in November 1904. Following this initiation Mary Karadja no longer considered herself a medium, namely someone who received messages from external powers. As an initiate she felt she was now receiving higher messages from her divine self.

In 1912 Mary Karadja, along with Hanna von Koch, set up Neo-Gnostikernas samfund (neo-gnostic society) in Stockholm. That same year she moved to London where she founded the Universal Gnostic Alliance to prepare for the arrival of the Kingdom of Light. Her rate of publication began to decline. In London she also founded the White Cross Union and published what was probably her final major work, The Secrets of the Gods: a study of the inner meaning of the Hellenic myths, in 1915. During the 1930s she published shorter, racist, and deeply anti-Semitic texts through the Christian Aryan Protection League in London: Pan-Aryan Conceptions by Princess Karadja, The Terrible Truth, and How long?.

It is not clear when Mary Karadja began to express anti-Semitic views. She eventually became actively pro-Nazi. It is possible that her anti-Semitism began following her move to Switzerland, albeit it was not unusual to hold anti-Semitic views amongst Stockholm’s higher circles. The esoteric Edelweiss society with which the young Hilma af Klint as well as, presumably, the sisters Lucie Lagerbielke and Mary Karadja, came into contact shared mutual international connections with Golden Dawn and later with the Nazis. During the Interwar period Mary Karadja’s home, Villa Lux in Locarno, became the focal point of an international network of anti-Semites, pro-Nazis and Nazis. In 1934 Mary Karadja founded Christlich-Arische Schutz-Liga and later she provided financial and practical support to Nazism through the Vichy-government and through anti-Jewish groups such as the Anglo-American Aryan Protection League. Mary Karadja believed that her son, the legal practitioner and diplomat Constantin Karadja, who was based in Berlin and later on in Bucharest, sympathised with Nazism whilst he in actual fact saved thousands of Jews of Romanian origin. He was posthumously awarded the honorary title of Righteous among the Nations. 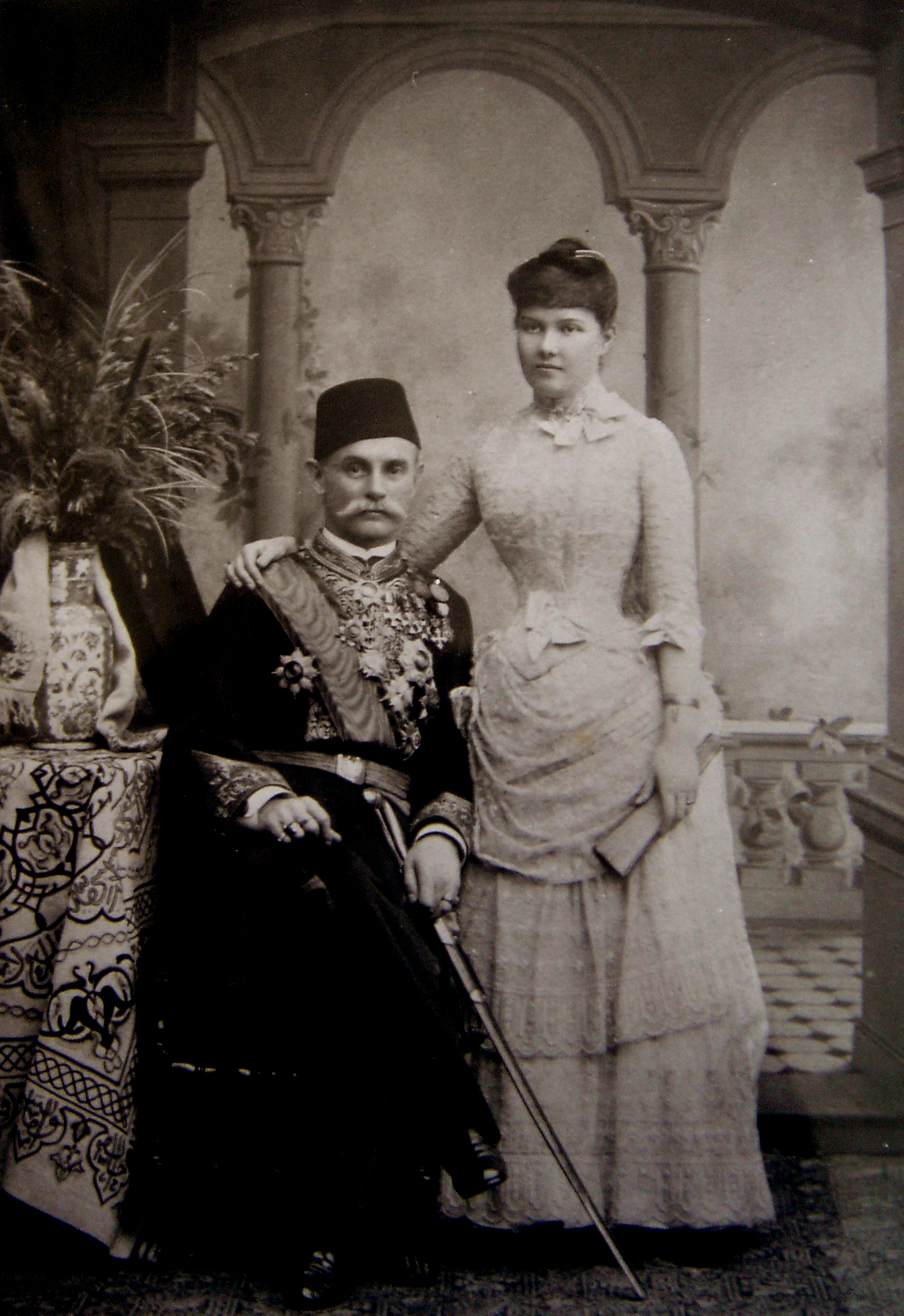