Maj Lindman was one of the leading authors and illustrators of Swedish children’s books. She produced extensive work not just in Sweden and throughout the Nordic countries but also in the USA and in Canada.

Maj Lindman was born as Mary in Örebro in 1886. Her parents were very culturally active within that town. Her father, Christian Lindman, was a civil engineer and an assistant teacher of physics and mathematics at Karolinska läroverket, as well as secretary of the Concordia literary society. Her mother, Edla, was a concert pianist. Maj Lindman’s younger sister, Eva, died aged only 12.

After completing her schooling at Risbergska school Maj Lindman moved to Stockholm where she began artistic studies. She was a pupil at Kerstin Cardon’s painting school and was a private student of Carl Gustaf Laurin, the art historian. Subsequently she was enrolled at the Royal Swedish Academy of Fine Arts in 1906. The work she produced while at the academy found particular favour and she was selected as the best student of the year in 1906. One of her fellow students was Margarita Kronberg, daughter of Professor Julius Kronberg. Maj Lindman boarded with the Kronberg family. In 1907 Maj Lindman was promoted into the advanced class at the academy but was forced to pull out the following year after falling pregnant. The father of her child was the artist Gustav Jansson-Jan, also an academy student. Unlike Maj Lindman he was able to complete his studies. Their son Åke was born in 1909. The couple married and then moved to Stora Tuna in Dalarna, where their daughters Birgitta (Brita) and Karin were born in 1913 and 1914 respectively. In 1915 the family returned to Stockholm and settled in Södermalm.

Maj Lindman quickly and frequently found employment as an illustrator for several journals and books. She referred to her work as drawing from an early stage although she was also a painter. Her first book work dates from 1914 when she produced the illustrations and cover artwork for Vilhelm Nordin’s Bolles bedrifter. Another early commission was to create the cover for Agnes von Krusenstjerna’s first novel, Helenas första kärlek, published in 1918. Following her 1921 divorce from Gustaf Jansson Maj Lindman's extensive production of illustrations only increased in number. She was now solely responsible for her own finances and for providing for her three young children.

From the 1920s onwards and for the rest of her life Maj Lindman remained active as both the author of her own picture books about children and animals as well as an illustrator of other people’s publications. She produced around seventy of her own illustrated books for children. In terms of printed copies the vast majority of her work was produced in the USA and Canada. Maj Lindman also created posters for schools, including one depicting all the seasons which was used in Swedish schools for many years. Her illustrations could also be found on the cover pages of the fashion and design magazine, Saisonen as well as Husmodern and Flickornas jul. Her die cut seriesa are highly sought-after by collectors.

Despite dating from the 1920s Maj Lindman’s writings remain current even today. She wrote and primarily illustrated around twenty books centred on three boys called Snipp, Snapp, and Snurr and three girls called Rufsi, Tufsi, and Tott. The latter three are known as Flicka, Ricka, and Dicka in the USA and Canada. By the late 1980s more than a million copies of these books had been sold and they continue to be sold both in new editions and at second-hand bookshops.

The first books in the two series were about Snipp, Snapp and Snurr, which from 1921 were published by Bonnier publishing house and ten years later a publisher was found in the USA. An incident at a bakery transforms the boys into gingerbreadmen in the first book but they are subsequently saved by a kind-hearted princess. In the second book, The Magic Horse the children’s rocking-horse magically flies them to a fantastic imaginary fairy-tale land where they meet a princess who wants to play and offers them her most delicious treats and a flowing juice-fountain. The books became very popular in the USA.

The American publishers, Albert Whitman & Company in Chicago, began to publish Maj Lindman’s books after negotiating a deal with Albert Bonnier. These books were considered more suitable for the American market than the Swedish tradition of children’s books. In the early twentieth century Swedish children’s books tended to resemble fairytales written in the spirit of John Bauer and Elsa Beskow. Maj Lindman developed a narrative style that more closely mimicked everyday expression. Her realistic stories were straightforward, ordinary, and simple and bore no resemblance to the elves and trolls of yore. She treated children as clever beings who were worthy of respect. The boys in her books were helpful, generous, and gained much delight from giving away something meaningful. Alice Dalgliesh, lecturer at Columbia University in the USA, described the boys’ behaviour thus: “It is one of the stories we have in which children actually do something for someone”.

Maj Lindman’s illustrations are clear and explicit and easy for children to identify with and reverberated with the American public. The fact that Maj Lindman herself illustrated and wrote the texts in English simplified the process. A total of 25 different stories portraying the adventures of children were produced and published in the USA and Canada during the 1932–1960 period, reflecting goodwill and responsibility. The books have continued to be reprinted in new editions making these helpful, honest, and friendly children familiar to many.

Maj Lindman’s three fictional female characters are similar to the boys, armed with special caring and compassionate qualities. Her most-read book, Flicka Ricka Dicka and the New Dotted Dresses, published in 1946, has the three girls heading out into the forest where they meet a little old woman in great need of help, which they supply in abundance. They help her with her animals and a load of other tasks without giving a thought to their new dresses which end up torn and covered in dirt. Despite this their mother does not get angry with them and they wash and mend their lovely red-dotted dresses themselves.

In America Swedish children were seen as uninhibited, independent and quite ordinary. Whatever they do they undertake as a group, an aspect that Maj Lindman wanted to confer to her readers. Her approach took the concept of children’s books a stage further, giving children greater prominence than in other books. One of the main strengths of her storytelling is her particular ploy of using three children in each story. This allows the story to develop at pace as each of the three characters plays an orderly part in the same story. It also creates a particular flow in the plot-line. It reminds one of how cartoonists inject pace, movement and positive outcomes into stories along with a strong sense of community.

In contrast to the surrounding uncertainty of the world wars era the adventures of these girls and boys offer a view of kind-hearted environments. In Flicka Ricka Dicka and Their New Skates, published in 1950, the girls resourcefully save a boy who had fallen through the ice on a small lake. They act cleverly and correctly when pulling him out of the ice. Although many of these children’s adventure stories were first published in Swedish, Maj Lindman produced the majority of the 1940s Flicka Ricka Dicka series for publication in the USA. They were only subsequently published in Swedish and other Scandinavian versions.

Swedish and American children were also captivated by Maj Lindman’s other stories. In the beautiful 1948 book about a horse, called Fire Eye, an 8 year old boy called Björn reveals his ingenuity when faced with older figures of authority. Firstly his father secretly sells his beloved horse, leaving Björn grief-stricken. After many struggles and disappointments Björn finally gets his horse back and simultaneously helps his father find a new job. The sequel, about Eldöga’s foal, was called Snowboot, son of Fire Eye. In 1946 Maj Lindman released a book entitled Bilder ur Jesu Liv för barn, a richly illustrated depiction of Jesus’ dramatic life. This book was major international success and was translated into 12 languages.

In addition to the two popular stories about the two sets of triplets Maj Lindman also produced a series of much-loved books about children and animals. Våra husdjur, a picture book with some text which portrayed wildlife, was first published in 1927 and sold in excess of 60,000 copies in several editions. The fox patters around on silent paws as he breaks into the henhouse at twilight in order to nick a meal. The winter hare glides forward in an atmospheric depiction of a moonlit snow-bedecked forest. A swimming seal shines like a silver streak in the water, with an almost human-like gaze in his eyes. All the animals are depicted complete with their peculiarities and differences. Some are tame, others are wild, and still others are somewhere in-between. Maj Lindman truthfully points out that many animals are not plant-eaters but actually eat other animals.

Several of Maj Lindman’s picture books about animals were published during the 1920s and onwards. Titles included Våra vilda vänner from 1937, Pluto och de andra hundarna from 1938, and stories set in the countryside such as the 1941 Året runt på Olsgården and På riktiga landet from 1940. Animals and children take centre stage in På Skansen med Per och Stina, from 1942, in which the farm children enjoy adventures unhampered by the presence of adults during their visit to Skansen. This is a show of trust in the children, an important step in childhood, increasing children’s sense of self and their self-confidence – elements which today are seen as important aspects of children’s psychological development.

Maj Lindman stopped writing when she was in her 70s. At that point she could reflect on the more than 50 works she had authored and illustrated, as well as the 200-300 other books she had supplied images for, and various other publications she had been involved with. Her written output still lives on into the 2020s, now almost a century old. Her books are sold in great numbers throughout the world. The American publishers, Whitman & Co, have released new editions of her books. The Flicka Ricka Dicka and Snipp Snapp Snurr series can be found for sale on major websites such as Amazon, Barnes & Noble, ebay and others, as well as on Swedish websites such as Bokus, Adlibris, and others, and as e-books. On Youtube you can hear new recordings of the adventures of the three girls. The global company called Walmart sells these books in their chain.

Maj Lindman died in 1972, aged 85. Her grave lies at Bromma cemetery in Stockholm. 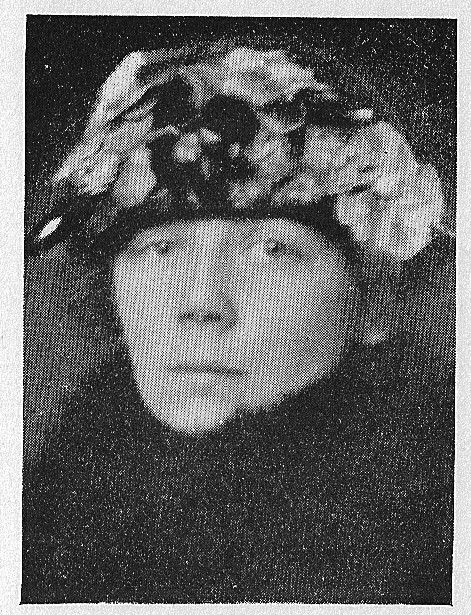