Mary von Rosen was a Swedish countess who was an active member of the High Church movement within the Swedish church. She not only founded but also led the women’s branch of the Societas Sanctæ Birgittæ (SSB).

Mary von Rosen grew up in a profoundly religious environment. Her mother, Huldine Fock, was extremely interested in spiritualism and served as the chair of Edelweissförbundet (the Edelweiss society), a spiritualist organisation which focused on séances, prayers, and meditation. Mary von Rosen’s maternal grandmother, Hulda Beamish-Mosander, was the society’s founder. Following her own mother’s death in 1931 Mary von Rosen took over as chair of the society, which had acquired premises in Stockholm in 1920. A chapel had been constructed within the building which was opened in 1935 by the Lund theologian and Bishop Gustaf Aulén. The society’s members included the artist and theosophist Hilma af Klint, Princess Giesela zu Wied who was the wife of Prince Victor zu Wied, the German minister in Stockholm, as well as Mary von Rosen’s two sisters, Fanny von Wilamowitz Moellendorff and Carin von Kantzow. The latter had, since 1923, been married to the German pilot and National Socialist party (later known as Nazi) politician Hermann Göring, who attended services in the chapel on several occasions. He was also a frequent guest at Rockelstad, even after his wife’s death in 1931.

In 1905 Mary von Rosen married the estate-owner, ethnographer, and travelling researcher Eric von Rosen. The couple, who settled at Rockelstad castle in Södermanland, had seven children together, although one child died in infancy. The Rosens were active in the High Church movement which began to emerge from within the Swedish church in the early 1900s. They played a central role in developing the Societas Sanctæ Birgittæ (SSB). The idea for the society had come from Archbishop Nathan Söderblom who was determined to strengthen the connection between the saint heliga Birgitta and the Swedish church and its theological tradition. Eric von Rosen was one of the founding members of the SSB which formed in March 1920. The first society meeting was held at Rockelstad. In June that same year the society held a general chapter meeting in Vadstena at which Mary von Rosen was elected Mother Superior of the women’s branch of the society. She was also a member of Birgittastiftelsen (Birgitta foundation), which was established in the same year with the intention of safeguarding and protecting the cultural heritage of Birgitta. Prins Eugén served as the latter’s chair.

SSB never became a sizable movement and by the early 1940s numbered about 150 members. Nevertheless, the society’s ideas had an impact on liturgical developments within the Swedish church. These were inspired both by the ‘Catholicised’ Anglican High Church and directly by the Catholic Church itself, and particularly by the liturgical movement in Catholic Germany. Mary von Rosen’s meeting with the Swedish Catholic convert Elisabeth Hesselblad, who was in the process of establishing a new branch of the Brigittine order, became a deciding factor. Mary von Rosen and her husband came to know Elisabeth Hesselblad while on a visit to the Brigittine house in Rome in 1911, and it is in large part thanks to the von Rosens that the Brigittine order became re-established in Sweden in the early 1920s.

Mary von Rosen viewed the Protestant sisterhood she was in charge of as a kind of third order, a laypersons’ society connected to the Brigittine order, in which the sisters wore the Brigittine habit at their gatherings. The High Church, Catholic ritual generated a certain amount of opposition and protests meant that SSB was not always able to hold their general chapter meetings at Vadstena abbey. Mary von Rosen strove to increase a general understanding of Sweden’s Catholic religious heritage and to dispel the strong anti-Catholic feeling in the country at that time.

The von Rosens actively sought a reconciliation between the Swedish church and the Catholic Church in Sweden. As part of these efforts informal theological discussions were organised in 1939 between Catholic theologians and representatives of the Swedish High Church element, including the priest Gunnar Rosendal. At this time Catholic dogma emphasised its claim to being the sole true church and rejected ecumenical discussion as a means to achieving Christian unity. These discussions, which continued under Gunnar Rosendal’s leadership for the next 15 years, were viewed by Catholics as part of the Catholic mission, whilst Mary von Rosen and those belonging to the Swedish High Church viewed them as a means to obtaining Catholic recognition of the Swedish church as a worthy church.

One of the fundamental claims was that the Swedish church – just like the Anglican church – had an apostolic succession, namely that the sequence of ordination had not been broken at the time of the Reformation. This was an important belief for Mary von Rosen. Following the National Socialist party’s accession to power in 1933 Mary von Rosen and Gisela zu Wied began to campaign for the German evangelical church to be awarded apostolic succession. The background to this was that the various Protestant churches of the various German states had been united into a national German church led by Ludwig Müller, a leading figure within the German Christian movement which was loyal to the state regime. The plan was that both a Swedish and an Anglican bishop should participate in the ordination of that church’s bishop, thereby transferring apostolic succession. Mary von Rosen was able to gain the interest of both Gustaf Aulén and her brother-in-law, Hermann Göring, now ‘ministerpresident’ (chief minister) of Prussia, in this matter. However, the intervention of Archbishop Erling Eidem in the affair brought matters to a close. Mary von Rosen’s efforts were primarily religiously motivated. Her husband, Eric von Rosen, in contrast prioritised politics. He initially took a positive attitude towards National Socialism and thus was involved in establishing the National Socialist Block (NSB) in 1933.

Mary von Rosen had an extensive network and generated a highly significant body of correspondence, reflecting her position of influence within church circles. She was called on as a speaker on church matters and also ran radio services. From the 1940s onwards she and the theologian and author Magda Wolter became active on behalf of a particularly female agency in the church. She can be described as a conservative member of the women’s movement. 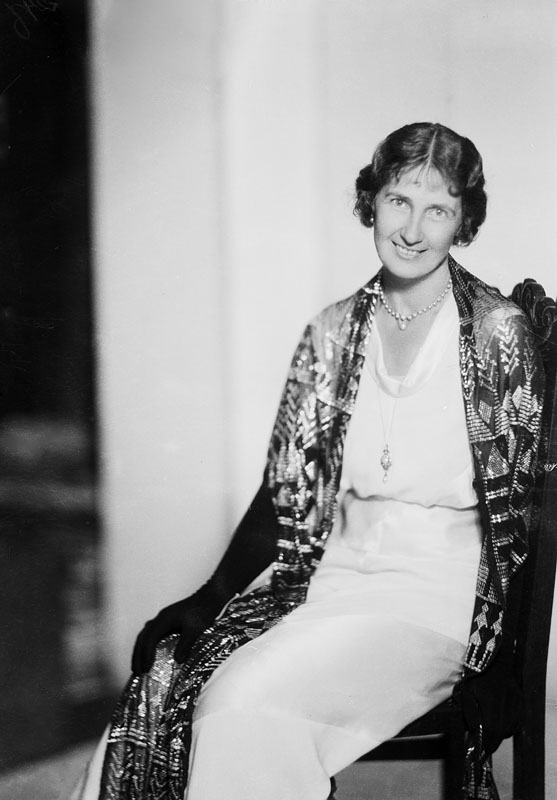