Mathilda Hall made pioneering contributions as teacher and school-director at a time when girls’ schools were an emerging enterprise.

Mathilda Hall was born in Gothenburg. Her parents, wholesale trader Olof Hall and his wife Martina Elisabeth Berg, belonged to the influential Hall family of merchants who emigrated from Great Britain to Gothenburg during the eighteenth century.

Mathilda Hall was said to have dreamt about devoting herself to teaching from the time she was a child. A long road lay ahead of her to achieve this dream. She began her education at Sweden’s first large school for girls, Societetsskolan för döttrar (the Society school for daughters) in Gothenburg, known as Salen, which had been founded in 1786 by Evangeliska brödraförsamlingen (the Evangelical Brotherhood congregation). As women were not allowed to train as teachers in Sweden Mathilda Hall went to the Netherlands where she undertook training at the girls’ boarding school in Zeist. This school also belonged to the same brotherhood. Mathilda Hall gained her teaching qualifications in Utrecht in 1854 and then returned to Sweden where she began to teach. Initially she took in three-to-four students at her home in Gothenburg, fully intending to start her own school for girls. This idea came to fruition in 1857. She named her school Realskolan för flickor (the junior secondary school for girls). Ten years later the school was more generally known as Mathilda Halls skola för flickor (school for girls). At first the school comprised three classes, each numbering 27 pupils, and was located in a building on Drottningtorget. The school eventually gained its own premises at a building on Karl Gustafsgatan 6-10, including a large assembly hall, a gymnastics hall, as well as a residence for the director. When the final leaving ceremony during Mathilda Hall’s directorship of the school was held the number of students had increased to 224 and the school was employing 23 teachers.

As teacher-training remained off-limits to women in Sweden during the school’s earliest years the part-time teachers employed were almost exclusively male, albeit Mathilda Hall’s sisters – Josefine, Anna, Martha, and Mary – all worked at the school as well. Following the establishment of Högre lärarinneseminariet (the advanced female teacher-training programme) in 1861 most of the school’s teachers were subsequently recruited from that programme. Jeanna Oterdahl, who gained her qualifications through that institution and graduated from the programme in 1901, went on to teach at the Mathilda Hall school until 1935.

Mathilda Hall herself took charge of the instruction in several subjects, including English and German. Later on she only taught Christianity and led the morning prayers. She was also very keen to ensure that her pupils were taught to sew clothing and from the mid-1880s a special continuation course was available in this subject. It is worthy of note that wood-working was also a voluntary subject available as part of the school curriculum. Mathilda Hall was ardently religious and Christianity served as the fulcrum around which all the teaching revolved. She believed that the Christian educational aesthetic was at least as important as knowledge.

Mathilda Hall ran her school until her death. At that point it had reached its full complement of three preparatory classes and eight classes at secondary level. Following her death the school was run by various female directors who were also co-owners of the school. In 1906 the school was transformed into Aktiebolaget Mathilda Halls skola (the Mathilda Hall stock company school). In 1938 the school became a municipal concern and was merged with other girls’ schools in the city. 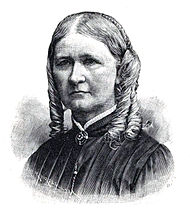