Mathilda Hamilton was the founder of Indiska, today a chain of shops in the Nordic countries, and was an internationally active businesswoman of the early twentieth century.

Mathilda Hamilton was born in 1864. She was the only child in a working-class family in Finspång, Östergötland. She was the daughter of Gustaf Strömsberg, a mason, and his wife Johanna Strömberg. Mathilda Hamilton’s childhood was influenced by involvement in the Risinge missionary assembly.

In 1888 Mathilda Hamilton travelled on her own to Chicago, USA, where she studied at Carleton College in Northfield, Minnesota. She interrupted her studies in order to undertake a lecture tour across America, giving lectures on sobriety and mission activities. It was at one of these talks that she met the man who became her husband, Gustaf Nilsson, a pastor and a Swedish emigrant. They adopted the surname Hamilton.

The Hamiltons joined the nonconformist Skandinaviska Alliansmissionen (SAM, Scandinavian Alliance Mission) led by the globally renowned missionary Fredrik Fransson. After meeting him the couple became missionaries in Harsil, a small town in northern India. The difficulties they had in converting the local population and the fluctuating support they received from SAM eventually resulted in Mathilda Hamilton deciding to leave India. However, inspired by the beautiful Indian handicraft work she came up with the idea of selling it in Sweden.

In 1901 Mathilda Hamilton opened a shop called Indiska utställningen on Regeringsgatan in Stockholm, the shopping street of the time. She was supported by the businesswoman Jenny Svahn and the patron Charlotta Ewert, who contributed to the enterprise by lending seven-figure sums of money.

The shop became the most eminent oriental shop in Stockholm in the early years of the twentieth century. Mathilda Hamilton not only became a millionaire as a result but also a successful businesswoman on a global scale. She visited over 45 countries, including India, Turkey, Syria, Spain, Morocco, and Palestine. Many of her travels were undertaken in order to acquire goods to sell, for example Turkish porcelain, hand-embroidered silk cloths, tiger skins and side tables. Her travels also resulted in a book called Kvinnan i Brahmas, Buddhas och Muhameds Länder – iakttagelser och studier i Orienten, 1902. Her goal with the book was to raise awareness of the plight of women across the world.

In 1908 a branch of Indiska utställningen opened in Gothenburg, but it already closed the following year. In Stockholm, however, the enterprise expanded and in 1910 a sister shop was opened at Norrmalmstorg.

In 1911 the Hamiltons divorced. Mathilda Hamilton then met a young soldier called Hugo Youngberg, and they got married. This marriage was short-lived.

The business suffered a downturn and in order to improve things the couple travelled to India. There Mathilda Hamilton set up a company called The Swedish India Trading Company to enable the importing of Swedish goods from Huskvarna, Barnängen, and the Lazarol factory. The outbreak of the First World War brought an end to these plans as it became difficult to ship goods. At the same time Mathilda Hamilton’s husband misappropriated all of her wealth and left her penniless. She was thus forced to return to Sweden. She then opened a new shop, Indiska konstsalongen, also on Regeringsgatan.

The shops did not turn a profit and Mathilda Hamilton, who by this time was suffering from rheumatism and bronchitis, decided to leave Sweden on medical grounds and head to warmer climates and earn a living there. She went to Sri Lanka in 1920 and set up The Swedish Ceylon Trading Agency, which mainly exported spices, tea, and coffee to Sweden.

Despite the warm climate Mathilda Hamilton’s health continued to decline and eventually she was unable to run her business. Due to continued debts she was forced to turn to the Swedish consulate for help. She also became paranoid and suffered from depression, and in the end she saw no alternative to returning to Sweden, which she did in 1930. There she once gain tried to run her business but she was left bed-bound by her pain and she developed an alcohol problem. For these reasons she was forcibly committed to Beckomberga hospital, where she was diagnosed with manic depression and chronic mania.

Mathilda Hamilton spent her final days at a care home in Lidingö, and died aged 69. 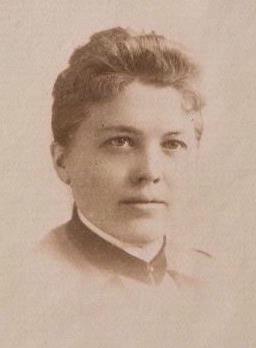