Mathilda Langlet was an author and a translator who was active during the second half of the nineteenth century and the early twentieth century.

Mathilda Langlet was born at Dalarö in 1832. She was the daughter of Abraham Wilhelm Söderén, a parson, and Clara Henrietta Landby. She spent her childhood primarily at Turinge parsonage south of Stockholm. Mathilda Langlet helped her father with his sermons and was well-educated at home.

When she was in her twenties Mathilda Langlet began to write short essays and translated out of various languages. Mathilda Langlet was 32 years old – a relatively advanced age for a first marriage – when she married the architect Emil Langlet in 1864. The couple had four sons together and settled in the Stockholm area, but also spent time living in Malmö and Uppsala. The Langlet couple are mainly associated with the French-renaissance style manor house of Spetebyhall, lying to the south of Katrineholm, which Emil commissioned in the 1870s. Emil Langlet is best known for being the architect of the parliament building in Oslo and a number of central churches.

The couple’s four sons were born during the 1866–1872 period, thus spending some of their childhoods at Spetebyhall where Mathilda Langlet and her husband were small farmers. In addition to her agricultural and child-rearing activities, Mathilda Langlet also developed an extensive writing and translation output, which contributed to the meagre family finances. Her translation work mainly comprised children’s books, girls’ books, and so-called ‘Miss’ novels (light-hearted romances). During the 1863–1864 period Mathilda Langlet also worked as the editor of a typical publication for that era called Året om: läsning i den husliga kretsen, which was aimed at cultivated women. This type of family publication soon faced unsurmountable competition from Svenska familj-journalen, for which Mathilda Langlet also worked.

Mathilda Langlet’s primary spheres of activity, however, remained those of children’s and youth literature as well as housework and child-rearing. A steady flow of illustrated books, poems, and stories emerged from her pen during the ensuing decades, from 1870 to 1900, including the series entitled Mamma, tala om något roligt! Sagor och sannsagor för hem och skola, which was published in sections between 1895 and 1903. Several of the texts found within those collections were definitely reworked translations from other languages, making it difficult to determine what had come from her own creative mind and what had been borrowed from elsewhere. The children’s books Mathilda Langlet wrote herself reflect the traditional picture-books and story-telling of the late nineteenth century and did not exhibit major originality. She had a knack for choosing subjects which sold well on the open market – note, for example, titles such as Dockteatern i barnkammaren, from 1890, and Färglådan: En rolig bok som äfven kan målas i, from 1896.

Mathilda Langlet also developed her own idiosyncratic and independent views on life which she expressed in a number of advice and etiquette books, mainly during the 1880s. She rejected the radical movement of the 1880s, instead promoting a personal conservatism which enshrined the belief that women should primarily be at home. Her titles include Döttrar och mödrar: några ord till vårt lands qvinnor, from 1885; Vi och våra söner: några ord om uppfostrans betydelse, from 1887; Tidsströmningar belysta från hemmets härd, from 1887; På egen hand: en bok för unga flickor, from 1888; Ett eget hem: en bok för unga qvinnor, from 1891, and Fin de siècle: några frågor för dagen med kritik framlagda, from 1893. Her view of society was celebrated by the conservative element in Sweden. These handbooks are worth studying as representative of their time and should be contrasted with the works by other female writers from the 1880s.

Mathilda Langlet’s views on women’s clothing have gained attention in recent studies. Henric Bagerius, in his 2019 work Korsettkriget, reveals that Mathilda Langlet criticised coquettish behaviour in Döttrar och mödrar, which was published in 1885 a few weeks before a much discussed book on reforms in women’s wear. Mathilda Langlet opposed the superficial aspect and trappings of coquettes and distanced herself from the damage which corsets and stays inflicted on women’s bodies. She wrote a series of articles for Idun against being enslaved to fashion and championed simplicity in women’s wear. Typically enough she never became involved in Svenska Drägtreformföreningen (Swedish dress reform society). Mathilda Langlet was not the type to join organisations. She was, rather, a housewife who had particular and idiosyncratic principles as regards the running of a household.

Mathilda Langlet died in 1904 at Spetebyhall. She is buried at the Lerbo cemetery near Katrineholm. 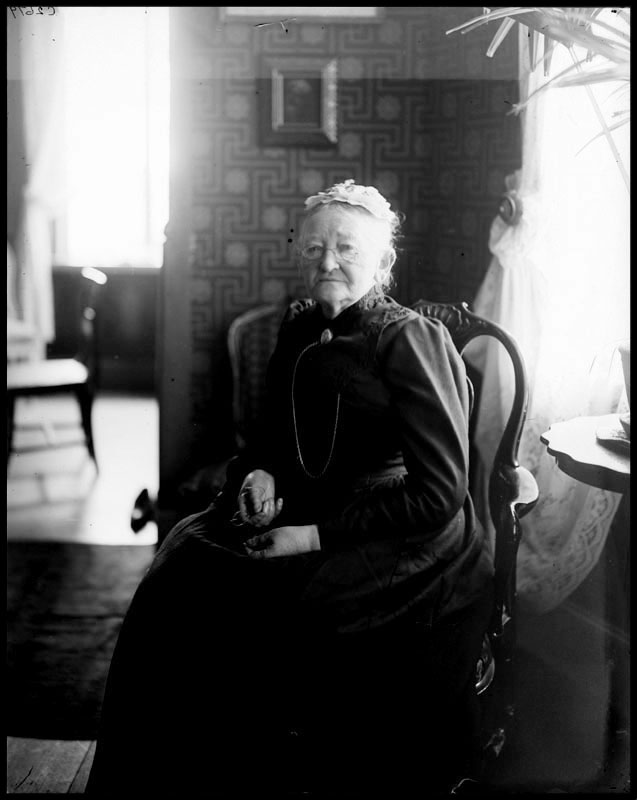