Mathilda Ranch was a successful photographer with an atelier in Varberg in 1881—1922. She was an important “education centre” for young women from different parts of the country who wanted to learn the photography profession.

Mathilda Caroline Ranch was born in 1860 in Copenhagen. Her parents were Theresia Walter and Wilhelm Ranch. Her mother came from an immigrant German merchant family living in Gothenburg. Her father, originally from Copenhagen, met her mother in Gothenburg after his arrival there in 1853. He was then a carpenter’s apprentice. The year after, their first child was born, after which they left Gothenburg for Amsterdam. They lived abroad for a number of years and the family grew with several more children. When Mathilda Ranch was born, the family was living in Copenhagen, where Wilhelm Ranch was a carpenter and timber master. The family eventually returned to Gothenburg where Wilhelm Ranch was employed as a photography assistant by the well-known photographers Unna & Höffert and later Aron Jonasson.

In 1872, the Ranch family left Gothenburg and settled down in Varberg, where Wilhelm Ranch opened his own photography atelier. The family was at that point large; Theresia Ranch had 15 children all in all, of whom 10 reached adulthood.

Varberg was at the time a town in expansion. Industries were developing and the railway was under construction. In summer, the town was a spa that attracted many visitors. To visit a photographer and have one’s portrait taken became more and more common. Mathilda Ranch took over the atelier after her father in May 1882 and continued to run it for over 40 years. Her father eventually became the owner of a stone masonry. Varberg’s granite quarrying had already gotten started in the middle of the century and was very lucrative.

Mathilda Ranch also accepted apprentices herself right from the beginning. Some examples are Emma Lundgren (related to the women’s suffrage activist Frigga Carlberg) who later opened an atelier in Vetlanda and who came from Falkenberg; Calla Sundbeck who became a court photographer in Gränna; and Cecilia Nelson who established her enterprise in Malmö. Through the years, many girls passed through Mathilda Ranch’s training. Some opened their own ateliers and others got married and stopped being photographers, completely in the spirit of the times.

Since Mathilda Ranch had several assistants, she was also able to expand her enterprise, and during the 1880s she had a branch in Kungsbacka. This was wound up after a number of years, and instead she started a branch in Horred, a village on the border between the provinces of Västergötland and Halland, and also a branch in Slöinge, a railway station village about twenty kilometres south of Falkenberg. These branches were active until the early 1920s.

Mathilda Ranch was clearly a practical person and good at earning money. When Hulda, one of her sisters, was widowed young, she let her sister move in with her to be her housekeeper. Hulda stayed in her household her whole life and took care of all the practical matters such as cooking, home decoration and social occasions. Mathilda Ranch was a very social person who enjoyed inviting relatives and friends to dinner and overnight stays. With such a large group of siblings, she often had visitors.

One male apprentice, Elof (Andersson) Ernwald, also came to settle in the household all his life. He came from Skåne as a photography assistant and was given employment at Mathilda Ranch’s atelier. He is described as a social and extrovert person; he quickly became part of the social life in the little town and was a member of many men’s societies and associations from which Mathilda Ranch was excluded on account of her gender. Indirectly, he expanded her group of clients through these networks.

Mathilda Ranch’s enterprise grew and soon she bought a property with a number of apartments, in which her atelier could also be accommodated. According to tax records, she was one of the wealthiest residents in the town at the beginning of the 1900s, but as an unmarried woman, she had very little actual influence.

It is perhaps therefore that Mathilda Ranch also participated in the founding of the local suffrage association: Varbergs Förening för Kvinnans Politiska Rösträtt (VFKPR) in 1903. Apart from documenting the activities of the association, she showed in her photographs the development of the little town in every possible way: portrait photography, company photographs, landscape pictures, healthcare and industry, festivities, buildings and much more. She was good at marketing, and she got her photographs published in among others Svenska turistföreningens årsskrift and Hvar 8 Dag.

Mathilda Ranch was awarded a silver medal at the crafts and industry exhibition in Varberg in 1904, which was something she prized highly and liked to point out.

In 1922, Mathilda Ranch handed over her enterprise to her colleague Elof, but she continued to help out with the work. Elof died soon after however, and the business was then taken over by Alvina Pihl who had been an employee for a long time and was also a close friend.

When Mathilda Ranch died in 1938, at the age of 78, she donated her property to the church foundation Aftonsol, so that the building could be set up as a kind of home for elderly women. The tenants at her death were entirely women and she wanted to see that they would be able to continue living there.

Mathilda Ranch’s photography atelier was closed down during the 1940s. 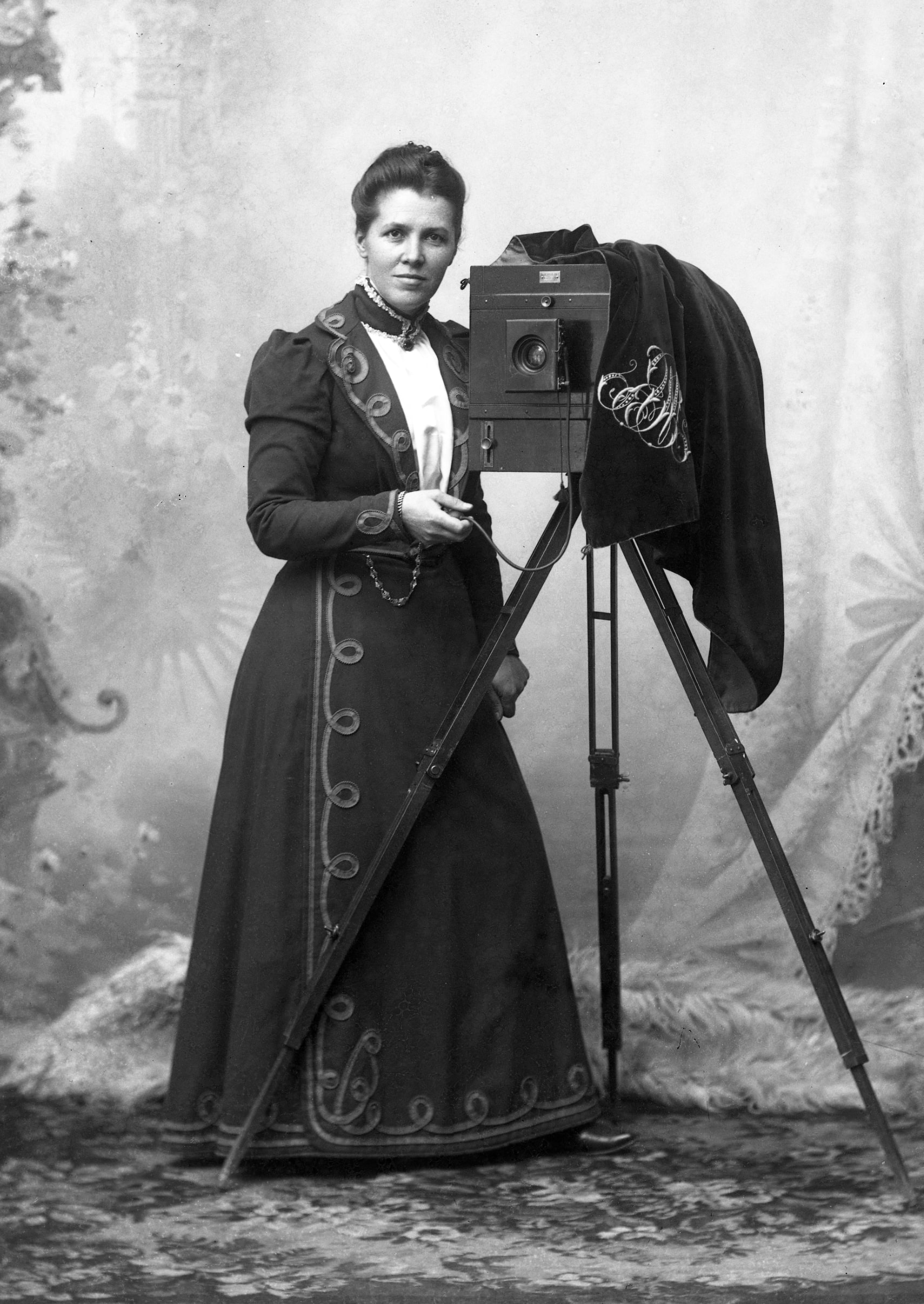