Mimmi Ekholm was a business-owner who operated within the male-dominated concrete industry. She was the first female member of the board of Cementvarufabrikanternas riksförbund (national association of cement producers of Sweden).

Mimmi Ekholm was born in Edeby, on Väddö, Roslagen, in 1897. Her father, Mattias Ekholm, was a cobbler who also ran a dairy and her mother, Maria née Ersdotter, was a maid. Mimmi Ekholm had two younger siblings, a brother called Vincent and a sister called Aina. The family were members of a non-conformist church. In 1912 the family moved from Väddö to Uppsala, where Mimmi Ekholm’s career began. As a teenager she gained an office job in her paternal uncle’s successful company, Johan Ekholm’s shoe factory in Uppsala. There she gained her first insights into running a business. Following an injury to his arm, Mimmi Ekholm’s father had been forced to give up his own business and so he became a foreman at his brother’s factory.

Further to her job, during her youth Mimmi Ekholm also began to attend night classes for office clerks. She then enrolled as a student at Sigtuna folkhögskola (folk high school). On completing her studies she got a job at the town’s newly-established cement factory where she rapidly became a key figure within the enterprise. She worked hard and became very knowledgeable both with regard to that particular business and to the industry as a whole. In 1936 the business became a limited company and she became one of its five share-holders. By this time Mimmi Ekholm had already been working for the company for the last 15 years and at that point she was responsible for all of the company trade dealings.

The ensuing years saw Mimmi Ekholm acquire additional shares and in 1940 she emerged as the sole owner and chief executive officer of the business. At that time the company had about 20 employees although the staff numbers increased rapidly in the ensuing years. In 1942 the company purchased land at Börjetull where Mimmi Ekholm had a modern factory built so that the company, which had previously occupied two disparate premises, now operated on a single site. During the 1950s the site expanded to include a station for ready-made concrete. By the 1960s Uppsala Cementgjuteri numbered almost one hundred employees and during the building boom of the ‘miljonprogrammet’ in the late 1960s the company continued to expand.

Mimmi Ekholm’s success within the concrete industry is often explained by the fact that she, unlike her rivals, maintained complete control of the raw goods. She had wisely seen to it that she acquired or rented around ten gravel and sand-pits outside of Uppsala. This meant that she could cope with competition from Sankt Eriks Lervarufabriker which had set up a concrete factory in the early 1940s in the same town. Mimmi Ekholm’s effective supervision was not just limited to her overview of the raw goods. Mimmi Ekholm followed a self-sufficiency philosophy which applied to the company in almost every area. She not only had her own gravel-pits but she also hired her own carpenters, welders, and electricians. This meant that the company was never dependent on external forces. Mimmi Ekholm has been described as a strict but dedicated and considerate business-owner. She was careful to maintain discipline amongst her employees but she was also benevolent towards them. She kept in touch with retired former staff, published thank you notes to her staff in the local paper, and allowed her employees to use her summer house on Väddö during the holidays. She also set up a pension trust which generated some extra thousands of kronor for the pension of loyal staff every year. During a staff party in 1958 she surprised her employees with a financial bonus which totalled 40,000 kronor.

Mimmi Ekholm was unique within the male-dominated concrete industry, but this does not seem to have held her back in the least. She had the respect of her contemporaries and there is no indication that she was either subject to limitations or doubts from external sources.

Mimmi Ekholm dedicated a lot of her time and energy to Uppsala Cementgjuteri. Far less is known about her private life. Early on she had a fiancé but their relationship ended and she then lived alone and never had any children of her own. This in no way impeded her from enjoying an active social life. When she was not working she was actively involved in charitable work and spent time with her female friends. She often went to the theatre and other cultural events and enjoyed being in the company of artistic souls. Her brother’s children also played an important role in her life. She allowed them to have summer jobs at her factory and they would spend periods living at her apartment in central Uppsala.

Mimmi Ekholm became seriously ill in 1961. She died that same year, only aged 64. Her company continued to be run by members of her family but in 2003 the factory closed and the site was later sold to Uppsala municipality. It was subsequently converted into a residential area. At Mimmi Ekholm square in central Uppsala there are several artworks created to honour her memory, including the sculpture called Concrete queen, by Anna-Karin Brus. Mimmi Ekholm is buried at Väddö old cemetery. 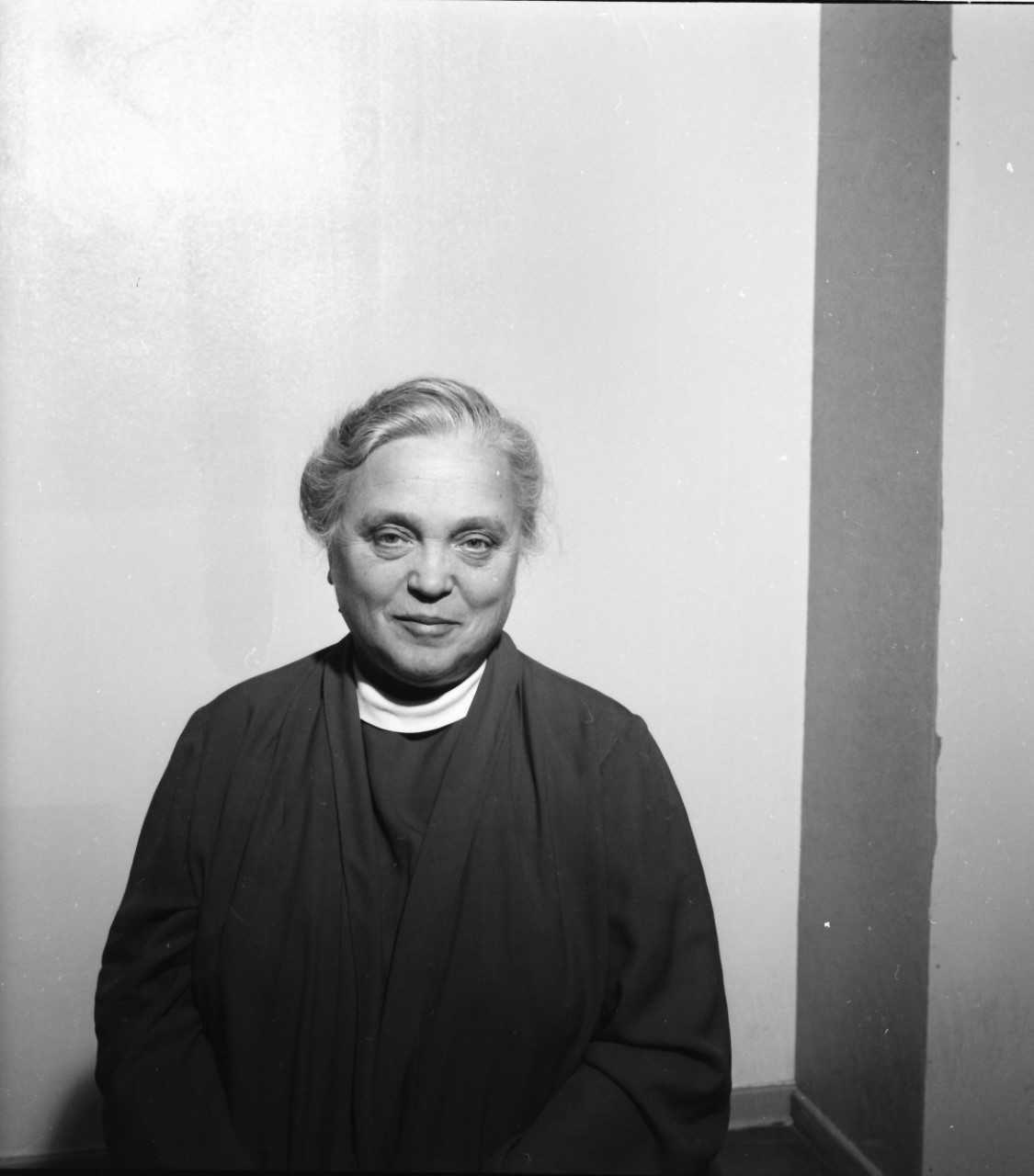