Vilhelmina Sofia ‘Mimmi’ Gustafsson was born in Uppsala in 1862. She was the illegitimate daughter of Sofia Ulrika Hagelin, a maid. She was taken in and fostered by Maria Charlotta Gustafsson, who was married to an apprentice bookbinder and who lived at Hornsgatan 46 in Södermalm, Stockholm. In 1878, when Mimmi Gustafsson was 16 years old, she moved to Norrköping. She then seems to have returned to Stockholm, however, before moving on to Sundsvall in 1884. In 1885 she once again returned to Södermalm. At some point during that intervening period she had learned the art of photography. Rotemansarkivet (a particular archive of Stockholm’s resident population from 1878–1926) for 1889 lists her profession as photographer and the following year she established her own photography studio at Götgatan 3.

In 1891 Mimmi Gustafsson married Viktor Klang Kinell. He was a qualified non-commissioned officer who had trained at Karlsborg and, before the couple got married, he had worked as a policeman for Stockholm police corps. Later he too began to work as a photographer alongside his wife. For a few years in the early twentieth century the couple ran photography studios at Grev Turegatan 24B and at Hamngatan 28, operating under the company name of Kinell & Co. However, in their business advertisements Mimmi Gustafsson’s name appeared within parentheses beside a studio address at Götgatan 3, implying that she was safeguarding her own trademark.

In 1908 major renovation works began at the Ormen 1 building, which comprised both residences and Mimmis Gustafsson’s studio at Götgatan 3. On the completion of the works only Mimmi Gustafsson moved back in, running the photography studio under her own name. In 1914 she divorced her husband. Victor Kinell moved to Halmstad where he established his own photography business under the name of Ateljé Kinell.

Mimmi Gustafsson was not alone in running her business. Photography studios served as important employment and training spaces, especially for women. From time to time both her studio and her home at Götgatan 3 accommodated photography students, assistants, and retouching staff. For example, the 1900 census notes Alma Margareta Åberg, a trainee photographer, as a member of the Kinell household. The attic floor of the building was already converted into a photographic studio by 1862, at a time when portrait photography was becoming popular in Stockholm. One of Mimmi Gustafsson’s relatives noted a description of what “aunt Mimmi’s” studio looked like in the 1920s: following a steep climb up the stairs to the top floor, and after going through a narrow hallway, one entered a room supplied with furniture which dated from the 1880s. Photographs of various sizes were laid out for inspection. Each one was stamped Ateljé Mimmi Gustafsson and the year. A particular area was set aside for retouching work. A large transparent jug of water served as a magnifying glass and as a lighting lens for the lamp. The roomy studio had a large skylight window which faced north, furnished with curtains which could be drawn as needed. Clients had the choice of a variety of background scenery, both interior sets appropriate to elegant tables and upholstered chairs as well as outdoor scenes such as forest and meadow views, complete with artificial trees, shrubs and even a lawn.

Mimmi Gustafsson’s enterprise focused, naturally enough, on complete portraits, suitable for calling-cards or for enlargement and framing. As at other photography studios negatives were primarily stored in case of subsequent re-orders and also served as a kind of customer database. When studios closed down these negatives tended to be considered valueless and in many cases they then vanished. However, in 1984 the negatives which had belonged to Mimmi Gustafsson were discovered inside an attic cupboard at Götgatan 3. This find, which resulted in Mimmi Gustafsson’s negatives being donated to Stockholms Stadsmuseum, was pure happenstance. In 2011 Stockholms Stadsmuseum went through the collection of negatives, cleaning each plate, wrapping it up and placing it in cool storage. In 2020 about 50 of Mimmi Gustafsson’s negatives were digitised and made searchable through Digitala Stadsmuseet and it is hopeful that more of these will become available in the near future. The Porträttfynd database also contains a couple of hundred complete studio portraits taken by Mimmi Gustafsson, primarily in the form of calling-cards and cabinet cards. Her successful studio business is an example of how photography as a profession could offer women good opportunities to become self-sufficient and gain social status, irrespective of their personal backgrounds. The collection’s size and the long time period it covers make these negatives an important source for the history of portrait photography.

These portraits are of men, women, and children who are all posing for the camera, either on their own or in groups. Sometimes they hold traditional upright poses, other times they appear more playfully positioned. The image composition tends not to deviate but despite this the images are never boring. Mimmi Gustafsson’s skill as a portrait photographer is primarily apparent in the sensitive manner with which she treats her customers. Each person is portrayed in his or her own right, without the imposition of any particular atmosphere between the photographer and the client. To achieve this the photographer not only had to display genuine human interest in the client but also the ability to get subjects to relax in front of the camera. Perhaps it was these qualities which made Mimmi Gustafsson such a highly sought-after and well-liked photographer. Her business at Götgatan 3 operated for forty years.

Mimmi Gustafsson married for the second time in 1920. Her second husband was postal-worker Erik Wilhelm Ekström and the couple set up a pre-nuptial agreement. This document, which lists Mimmis Gustafsson’s personal property, is interesting for several reasons. In part it serves as a source for the history of photography by revealing what a portrait photographer of the era owned and how these items were valued. The most expensive item is “1 camera with 1 lens” which was valued at 1,000 Swedish kronor. There were also hot presses, background scenery, “machines for electrical photography” as well as a range of furniture and accoutrements relevant to the studio. Although this kind of information can be found in estate inventories, there the said individual has passed on and is no longer active. The pre-nuptial agreement thus also partly served as a means for Mimmi Gustafsson, now aged 58, to safeguard her independence and to continue her profession, irrespective of how her marriage ended.

In 1930 Mimmi Gustafsson, after a lengthy career as a professional photographer, closed her studio at Götgatan. She was then 68 years old. The following year her husband Erik died. Mimmi Gustafsson herself died in 1949 and is buried at the Sandborg church cemetery in Stockholm. 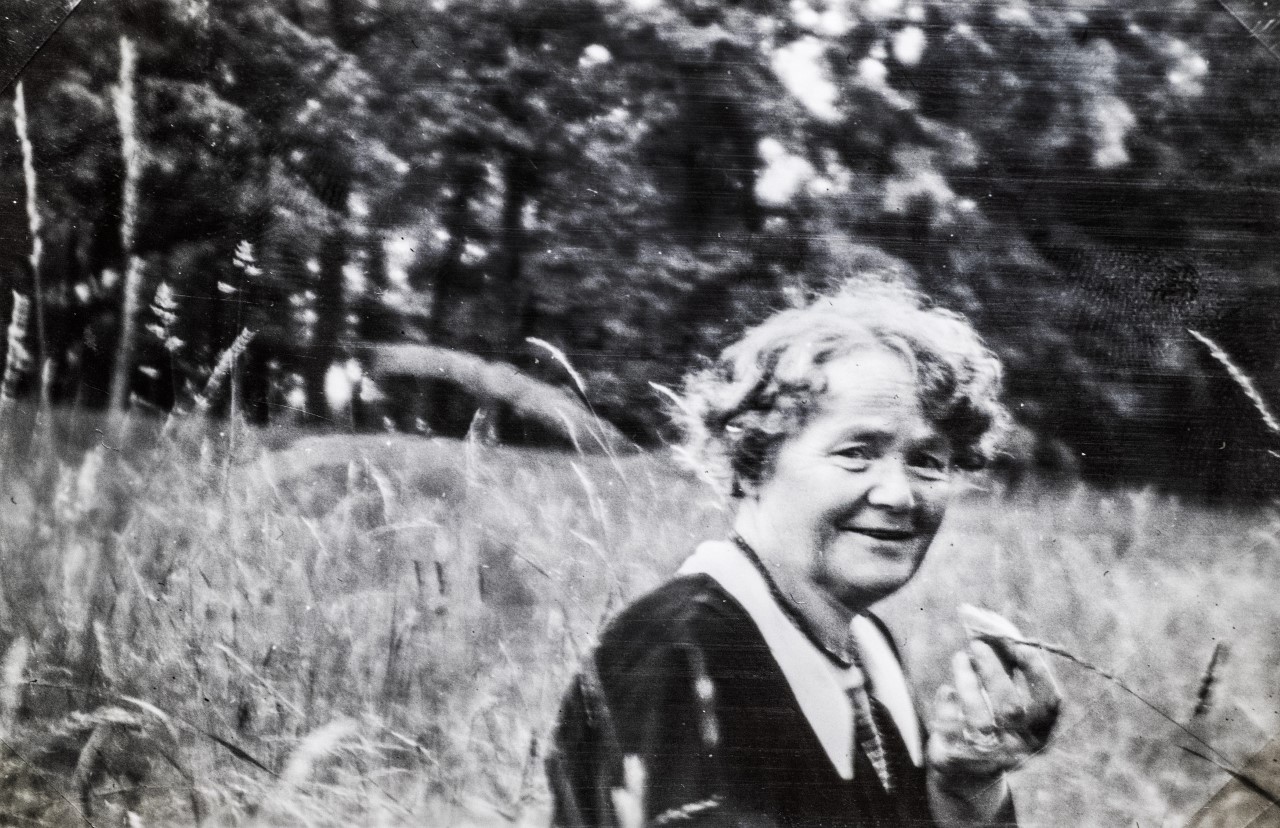