Mimmi Lundström-Börjesson was a textile artist and a co-founder of Licium textile workshop.

(Mimmi) Emilie Lundström-Börjesson was born in Byske in 1857. She was the daughter of Emilie von Hedenberg and Nils Lundström, owner of an ironworks. She was brought up at a manor house near Piteå. The family numbered eleven children, one of whom later became a well-known artist, namely Nils Emil Lundström. On the death of Mimmi Lundström-Börjesson’s father in 1878 her mother moved the family to Stockholm.

In 1904 Handarbetets Vänner was subjected to a major schism which resulted in the departure of its director, Agnes Branting and several colleagues. Agnes Branting is usually named as the founder of Licium textile workshop but Mimmi Lundström-Börjesson was in fact also a co-founder. The new workshop soon played a major part within Swedish liturgical textile art. During Mimmi Lundström-Börjesson’s time at the workshop it numbered around 50 active members at its peak. Initially the enterprise was based at Mimmi Lundström-Börjesson’s apartment at Lilla Vattugatan 24 until larger and more suitable premises were available. Mimmi Lundström-Börjesson not only organised the workshop activities but she also continued to produce some of the most demanding elements of commissions. Several major works have been attributed to her, including the 1902 tapestry which hangs in the royal box in Stockholm’s German church. Major pieces like that were never just created by one person but rather the result of several embroiderers working simultaneously. There is uncertainty about which exact parts of this tapestry Mimmi Lundström-Börjesson produced but it is beyond doubt that she was responsible for several pelicans which decorate vestments and antependia belonging to Stockholm’s churches.

Föreningen för Svensk Hemslöjd (Swedish Handicraft Association) established a stipend in 1994, which was paid out from the trust set up in honour of Mimmi Lundström-Börjesson. This stipend is awarded to practising textile artists, for training purposes or for carrying out research or development projects.

Mimmi Lundström-Börjesson died in Stockholm in 1953, shortly before her 96th birthday. 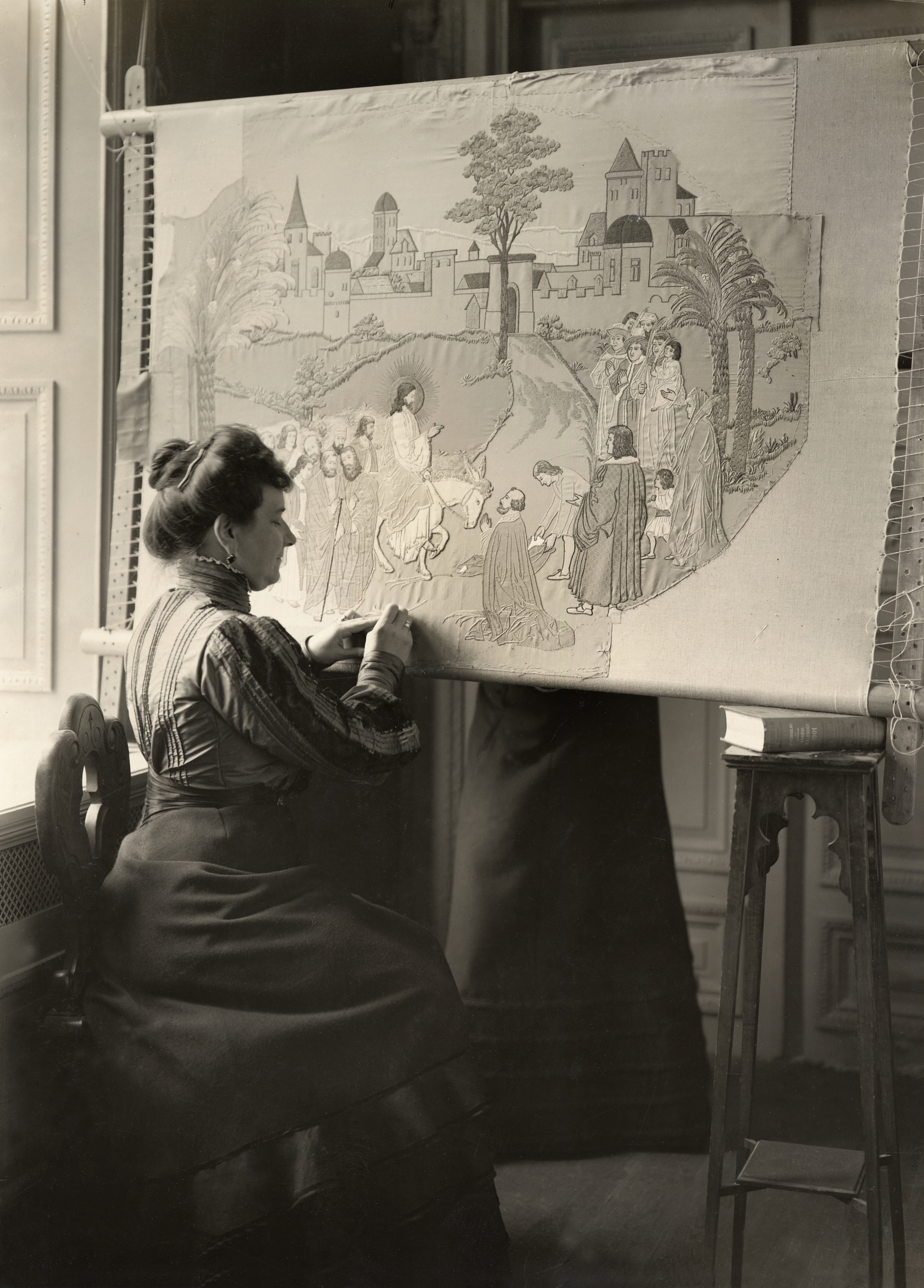