Monica Backström was a successful designer and renewer of Swedish glass art.

Monica Backström was born Monica Astrid Stensdotter Hultberg in Stockholm in 1939. Her parents were both active in the textile business. Her mother Astrid Sampe was a textile artist and leader of the Swedish department store Nordiska Kompaniet’s textile production from the start in 1936 until 1971. Her father Sten Hultberg worked in advertising before he started a company in Dalarna for hand-printed textiles.

Monica Backström grew up in an artistic home and the family socialised with artists, designers and architects. After completing her schooling at the girls’ school Nya Elementarskolan för flickor in Stockholm, she attended the domestic science college Fackskolan för huslig ekonomi in Uppsala before applying to and being accepted by the art academy Konstfackskolan (now Konstfack) in Stockholm in 1959. She attended the advertising and book crafts courses for a few years before changing to the newly started course in metal and industrial design.

In connection with Boda glass works’ hundredth jubilee, a competition was announced for art schools, and Monica Backström, who was one of the winners, travelled to Boda glass works in Småland to manufacture her competition piece, a sculpture in crystal. She became fascinated by the possibilities inherent in glass and created her examination piece in this material that was completely new to her. In 1964, she was given probationary employment at Boda glass works and had the opportunity to experiment freely for a few months in the smeltery. The following year, she was given a permanent position and left Stockholm as a new divorcée with her then three-year-old daughter. Monica Backström worked at the glass works for forty years.

Right from her first year at Boda, the young and fearless Monica Backström attracted attention for her glass production. At Aveny Kristall in Stockholm in 1967, her installation Glasyra, created with two architects, was on display. The exhibition, that was both praised and criticised, was her breakthrough. According to Ulf Hård av Segerstad from the major daily newspaper Svenska Dagbladet “it was something completely ‘new’ in Swedish glass art”. The exhibition was often described as a jolly stunt with glass creations that had metal objects like tacks and paperclips inside them and a great deal of gold and glitter. She was said to be even more daring than even Erik Höglund who had been attached to Boda as early as 1953. The exhibition also included billowing opaline dishes and bowls, semi-transparent coloured glass, the service Blomyra with a polished decoration of pop-style flowers, and florid, gleamingly silvery objects in so-called nickel silver, a modernised old technique.

During the 1960s, Monica Backström also worked with fashion. She launched straight minidresses, of among other materials coarse yellow-and-blue-striped postal sacks. She also created jewellery to match her clothes. These pieces were exhibited in Stockholm and in her home at Hermanstorp, in the school classroom in which Monica Backström ran a gallery and cinema.

Erik Höglund and Monica Backström lived together for several years and had a daughter. They founded the company Backström & Höglund AB in 1968 for designing furniture, household apparatus, and utensils for public spaces. Both were member of Vet Hut AB that was started in 1971 by ten designers at the Åfors and Boda glass works, with among others the couples Ulrica Hydman Vallien and Bertil Vallien and Ann and Göran Wärff.

It was during the 1970s that Monica Backström created some of her most popular glass products that were also skilfully marketed. She was inspired by nature and made eggs, mushrooms, stones and shells. The eggs were packaged in gift-wrappings and called Boda Ägg. The slightly romantic service Zelda also became a big seller, especially in Japan. Monica Backström designed for many decades services in clear glass like Linnéa, Captain and Bella Boda.

At the beginning of the 1980s, all the glass works were struck by a crisis. Monica Backström, Anette Krahner and Lars Hellsten started the association Glasvärnarna in protest against the works’ dismissal of their most skilful craftspeople, who were the precondition for the survival at all of Swedish glass. The national Statens industriverk (SIND) provided funding to promote exports and also supported the designers who participated in the exhibition Svenskt glas at the National Museum. Monica Backström was rewarded for her symbolically charged contributions: cracked bowls and broken glass hearts soldered together with tin, with the motivation “experimental new thinking with an international orientation. Points ahead with its unconventional way of using its material, glass.” During the 1980s, she continued to design humorous and anarchistic glass creations like the series Space, small and big, sometimes the height of a man, conical glass sculptures in coloured foliated glass. They consisted of several sections that could be taken apart and used each on its own. She continued the space theme with Astronautens termos.

At the beginning of the new millennium came the colourful Moonlanding and Moonrockers using advanced techniques. Halo is the name of a jewellery collection of rings and necklaces with coloured pips enclosed in clear glass, sometimes sandblasted or polished, with stiff silver neckrings.

Nature, the cosmos and culture were sources of inspiration for Monica Backström. After a meeting with antique Greek culture, she created among others the series Atlantis. It consisted of jars and vases that had a rough, matt surface as though they had lain at the bottom of the sea. The mouths of the vases were rimmed by thick coils of coloured glass and the bulges flickered with slivers of gold. These unique vases were exhibited for the first time in 1988 and exposed on rusty podia. Her impressions from a dream journey along the Silk Road were expressed in the collection Gobi, sand-coloured glass objects with elements of Chinese red and lacquer-black. Other collection series like Taiga and Tonga in engraved glass from 1999 were also inspired by other cultures.

Starting in 1969, Monica Backström also created 18 public decorative works, many of them in Småland, like for example Strandhugg, for the college in Kalmar in 1993.

In 2003, Monica Backström started teaching glass design at the college in Kalmar, now Linnaeus University in Pukeberg. From 2008, she was included in a research project at the same university. After her time at Kosta Boda, she designed jewellery collections like for example Seeds and Bäckströmsknappen in collaboration with fine metal smiths. The New Line was the name of the textile collection she created for the company Swedehearts Interiör from 2015 onwards.

Monica Backström had her first exhibition in 1965 and she participated in innumerable exhibitions after that, in Sweden and the rest of Scandinavia as well as Australia, England, Holland, Japan, Germany and the USA. In 2008—2009 she showed the breadth of her artistry in the retrospective touring exhibition Ingenting är givet. Allt är möjligt. The same year, Monica Backström participated with glass jewellery in the touring exhibition Glasswear: Glass in Contemporary Jewelry that started at the Museum of Arts and Design (MAD) in New York, USA.

Monica Backström died in 2020, at 80 years of age. Her glass can be seen in museum collections in Sweden, Denmark, Norway, Germany, Holland, England and three museums in New York. 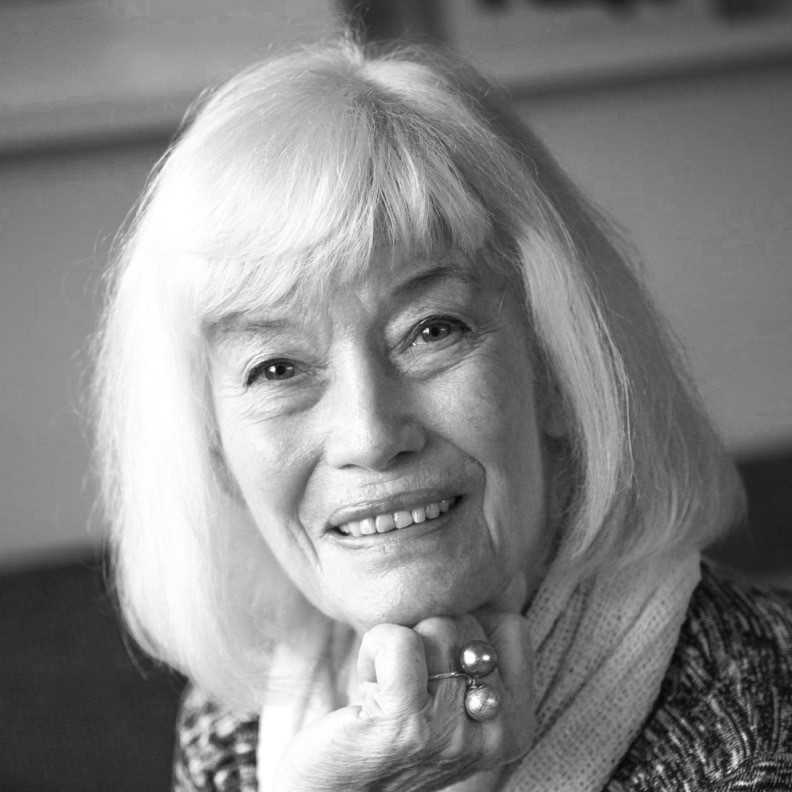