Elisabet Dillner was a nurse and the principal of the Uppsala Sjuksköterskehem school of nursing. Apart from her contributions to the modernisation of nursing education, she was very interested in the history of medicine and healthcare. She started the medical history museum in Uppsala.

Elisabet Dillner was born on 28 August 1895 at Karlberg Castle in Solna. Her father Bror Herman Dillner was an officer at the royal college of warfare. Her mother Anna Wilhelmina Elisabet Odelberg was born at Flemingsberg estate in southern Stockholm. Both parents came from an upper-class background. The other three children in the family were Maria, Rut and Johannes. Elisabet Dillner’s parents were typical representatives of the societally engaged upper class of the 1800s. They were involved in the revival movement and participated in extensive philanthropic work. Their family life was eventful and they lived according to their class. Among other things, they often visited Prince Oscar Bernadotte, the ”reading prince”, at Malmsjö Manor in Sörmland.

As the child of an officer, Elisabet Dillner moved around a great deal, attending different schools. During the 1910s, she spent two years at the Brummerska school and four years at the Wallinska school, the latter being a high school for girls that taught Latin. She matriculated there in 1916. After that, she started her nursing training at the Red Cross nursing school (now the Red Cross College) and qualified in 1921. After a few years of temporary posts, she became a ward sister in 1924 at the Sabbatsbergs hospital and in 1926 the instructing nurse at the Stiftelsen Rödakorshemmet. In 1935, she was appointed as manager and later principal of the Uppsala Sjuksköterskehem’s school of nursing.

As principal, Elisabet Dillner was responsible for economy, education and staff. During the 1930s and 1940s, she worked on the educational plan that was required for the education to receive state authorisation. In 1946, a committee was appointed for this purpose led by Director General Axel Höijer and with Elisabet Dillner and Lisa Thomson from St Erik’s nursing school as the nurses’ representatives. Great changes were made: the course was made into a three-year course, obligatory testing time for pupils was introduced as were compulsory examinations, theoretical and practical tuition were alternated and specialist courses were added. Elisabet Dillner’s workload was heavy but despite that she took on several political assignments. She was an active member of the conservative Right-wing party, a member of the healthcare committee and a member of the church councils in the Uppsala cathedral parish. She also wrote two books on medical history: Sjuksköterskeutbildningen inom svenska Röda Korset in 1934, and Åtta decennier och en del år därtill in 1948.

Elisabet Dillner was the indisputable leader of Swedish nursing training. With obvious authority, she was the hostess at the most important event at the nursing school: the inauguration of the profession in Uppsala Cathedral, in the presence of royalty, country governors, politicians, clergymen and the students’ families. In her everyday life, she did what she considered to be her greatest assignment: teaching and bringing up the students to be competent nurses and capable citizens. Elisabet Dillner was strict in her requirements for knowledge, obedience and discipline.

Elisabet Dillner was very interested in the history of medicine and healthcare. She taught the subject and collected great numbers of objects that she donated to the nursing school in 1962. A museum was founded there and inaugurated in 1964. Books and other publications from the 1600s and 1700s also belonged to the collections. Elisabet Dillner wanted the collections to be helpful to education and research in the field. The collection is housed today in the medical history museum in Uppsala and owned by Uppsala University.

Elisabet Dillner never married. At the turn of the century 1900, marriage for nurses was almost unthinkable. Despite the removal of the formal obstacles during the 1930s, she remained unmarried. She lived all her life in rooms in the nursing school. There were certainly many inconveniences connected to this but also obvious advantages. Laundry and cleaning were included. Food was served in the school dining-room, naturally even for her many guests. She was able to dedicate herself completely to her career, like any man.

When 1954 turned into 1955, Elisabet Dillner retired and moved to a home of her own at Gejersgatan 12. Her health was failing but she had time to organise and catalogue the collection of objects and to publish the results that had been waiting. She carried on an extensive correspondence with other collectors around the world.

On 31 May 1961, Elisabet Dillner was awarded an honorary doctorate by Uppsala University, as the first nurse ever to do so in the Nordic countries. The medical faculty honoured thus her contributions to Swedish nursing education and her culturally significant work for the history of healthcare and medicine. She was awarded a number of medals, among others the Swedish Red Cross service medal in silver, the Florence Nightingale medal and the collectors’ association Samlarförbundet Nordstjärnan’s service medal in gold. In 1945, she was elected a member of the medical association Upsala Läkareförening for her contributions as a healthcare researcher and writer.

Elisabet Dillner died on 3 August 1971. Her funeral was held by the Archbishop emeritus Gunnar Hultgren in Uppsala Cathedral and she was buried in the family tomb in Solna. 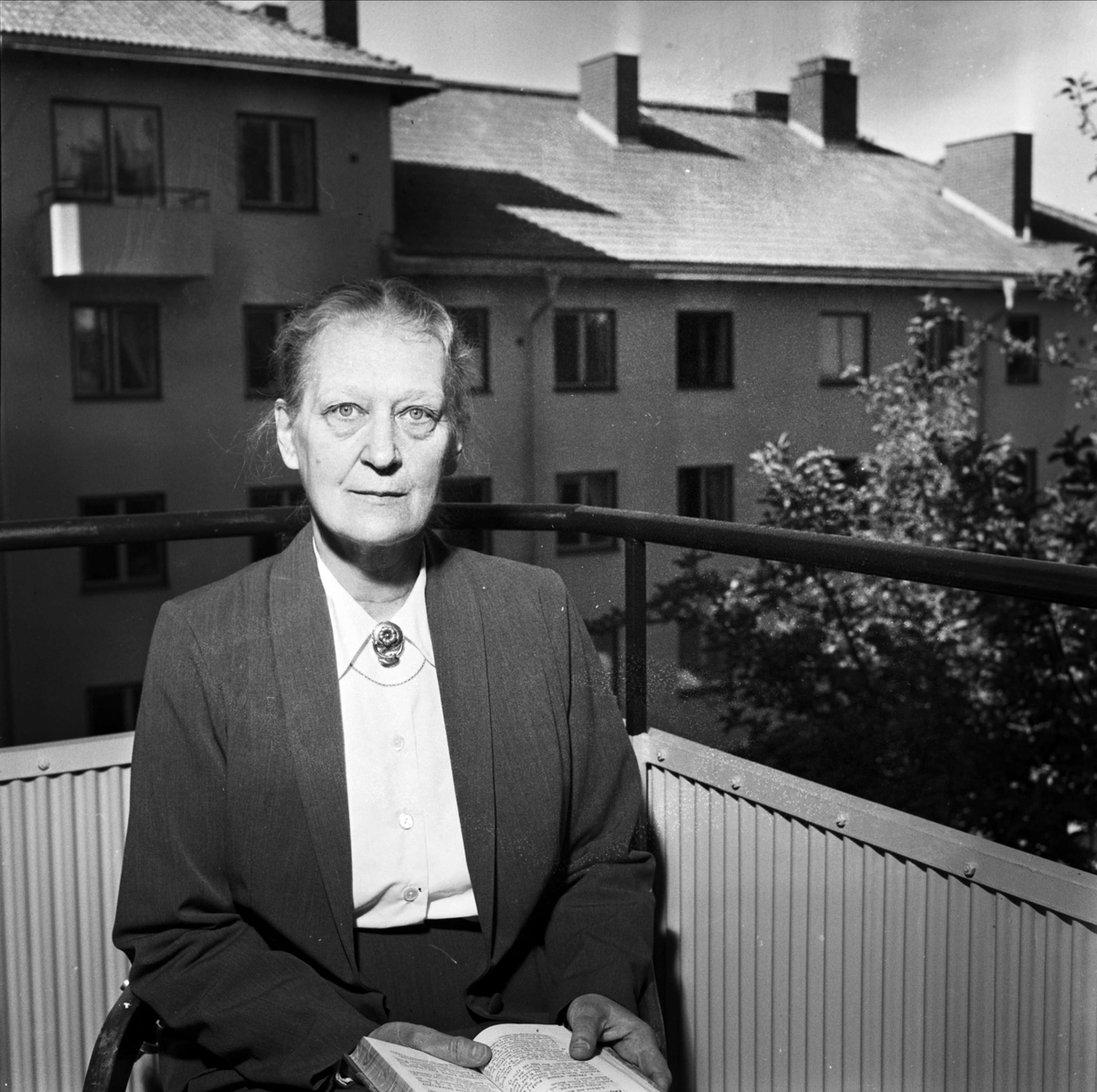