Nanny Fröman was the first woman to gain her doctorate in theoretical physics at Uppsala University. She was also a writer of popular scientific articles who manifested the situation of women scientists at the universities.

Nanny Fröman was born in 1922, the daughter of Johan Bernhard Johansson, a building contractor and his wife Beda Johansson in Prästholmen, Råneå parish in the province of Norrbotten. Nanny Fröman grew up on the south bank of Råneälven in a poor home without access to a library, schools or cultural events. It was therefore a big thing when Nanny Fröman was handpicked by the local teacher to attend the newly started elementary school in Råneå, ten kilometres from the family home. At the school end-of-term ceremony, one of the teachers encouraged Nanny Fröman, then aged 13, to continue her studies with matriculation as her goal.

Nanny Fröman took her lower certificate as a private pupil in Boden. Her teacher’s words, not to give up her studies, stuck in her mind. After her examination, Nanny Fröman therefore cycled the fifty kilometres to the nearest grammar school to apply to a three-year course in natural sciences. Thanks to encouragement and support, Nanny Fröman was awarded a three-year scholarship straight after matriculation in 1943, which enabled her to continue her studies, this time at Uppsala University.

Nanny Fröman entered into student life and her studies with great interest. The unaccustomed academic language and her comrades’ cultured background, acquired both at home and at school, came as a surprise to her. She soon established however that this also gave her the possibility of observing and reflecting on her own understanding of culture and academic learning: book learning was neither a guarantee nor a precondition for reflective capacity. Nanny Fröman started studying chemistry but her longing for language studies remained and she therefore took up studying Russian. After her studies in chemistry and Russian, she continued on to study mathematics, physics and theoretical physics. She took her Bachelor’s Degree in 1948 and her Master’s Degree in 1949.

In 1948, Nanny Fröman began to work as a teaching assistant at the course laboratory. This work led to her planned professional career changing focus, from working as a schoolteacher after her Master’s Degree to further studies with the aim of gaining a licentiate or even a doctorate. Nanny Fröman was in other words able to continue her studies which resulted in the fact that she – as the only woman employed at her department apart from administrative personnel – published her first work on experimental physics.

In 1947, Nanny Fröman married Bernhard Nilsson, a marriage that was to last until 1958. Their son Nils Gunnar was born in 1950, which meant that Nanny Fröman had to exchange her studies for housework. She did not abandon her studies, however, but tried as well as she could to read theoretical physics side by side with her housework. In 1953, she passed an examination and was offered a new teaching assistant post in theoretical physics by Professor Ivar Waller. Three years later, in 1956, Nanny Fröman passed her licentiate examination with an essay on the distribution of X-rays in crystals. The year after, she published a study on X-ray crystallography that is still quoted as a standard work in the field.

It was above all during her licentiate period that Nanny Fröman started apprehending the dissatisfaction of her male colleagues over having a woman colleague, despite her celebrated research results. At the time, she accepted it as a fact of life, but later, after contact with the women’s movement and other women’s experiences from both inside and outside academic life, she gradually understood that she had had to suffer discrimination. This male collegial dissatisfaction became manifest on the actual occasion when Nanny Fröman defended her thesis, ten years later, in 1966.

Nanny Fröman had remarried in 1959. Her new husband was her colleague and working partner Per Olof (Olle) Fröman. Their cooperation developed during the years into a longer and more comprehensive project in quantum mechanics calculations. After several years, they published a monograph in 1965: JWKB Approximations. This innovative and significant work soon came to be counted as one of the standard works in the field since Nanny and Per Olof Fröman presented a new systematic solution for estimating errors in calculated approximations: controversial issues that had been discussed for a long time could now be solved thanks to their approximation method. The year after, Nanny Fröman published on her own an article in which she further developed the method and applied it to various model problems in physics. The article was acclaimed and the method broadly applied in the field, first and foremost in quantum mechanics. The monograph, the article further developing its ideas and three other articles then became the basis of Nanny Fröman’s doctoral thesis that was presented on 9 May 1966.

During this presentation, Nanny Fröman was attacked by a so-called extra examiner. After the main examiner had finished his questioning, and the auditorium had the opportunity of speaking, hard criticism was directed at the thesis. Per-Olov Löwdin, a professor at and the head of Nanny Fröman’s department, set himself up in opposition, despite clearly not being well-read on the subject. He was mainly indignant about how she dared to criticise great international male scientists, through her results in the thesis. He considered that the thesis was damaging to the University’s reputation and important international cooperation, on account of its character and immaturity. However, it was given the highest marks. Nanny Fröman thus became the first woman to gain her doctorate in theoretical physics at Uppsala University. Per-Olov Löwdin was however to create difficulties before the marks were finalised. He had a wide network and recruited his friends in the universities to raise their voices concerning the character of both the thesis and the postgraduate student. When the group convened to discuss the marks to be awarded, he was the only one who wished to award lower marks. At the graduation ceremony on 31 May, after several weeks of turbulence, Nanny Fröman was finally able to use the title of Doctor.

Nanny Fröman continued her career at the department and was early made a senior lecturer, in 1967. She was Professor of theoretical physics at Uppsala University in 1987–1989. She continued doing research with Per Olof Fröman, which resulted in a further two monographies: Phase-Integral Method: Allowing Nearlying Transition Points in 1995, published by Springer, and Physical Problems Solved by the Phase-Integral Method in 2002, published by the Cambridge University Press. Apart from these two works, she has authored and co-authored about 75 articles in various international journals. During their time at the department, the couple also developed a modern and highly reputed undergraduate programme as well as doctoral studies courses in theoretical physics.

During the 1980s, Nanny Fröman became a member of the women academics’ association (Kvinnliga akademikers förening, KAF) in which she was active. She was rewarded in 1981 by the government with a professor’s title for her outstanding contributions to research, and in 2005 she was also awarded the Gustaf Adolf medal. Nanny Fröman was elected member of the scientific association Vetenskapssocieteten in Uppsala on 1982 and member of the Austrian Akademie der Wissenschaften in 1990.

Apart from her research in natural sciences, Nanny Fröman found space for her language and literature interests by both writing and translating. She translated Russian and French texts, and wrote several popular scientific articles about Marie Curie and Albert Einstein in among others the major daily Swedish newspaper Svenska Dagbladet. She wanted to make science accessible to the general public and also to make visible the situation of women scientists at universities throughout history. In the anthology Förbjuden frukt på kunskapens träd: Kvinnliga akademiker under 100 år in 2004, Nanny Fröman contributed texts on Marie Curie and her Nobel Prize in 1911 and also on her own experiences as a woman scientist and researcher.

After her husband’s death in 2007, Nanny Fröman continued her active life at the University even for quite a time after her retirement. She died in 2013 in Uppsala, and her remains rest in the memorial garden in Uppsala Old Cemetery. 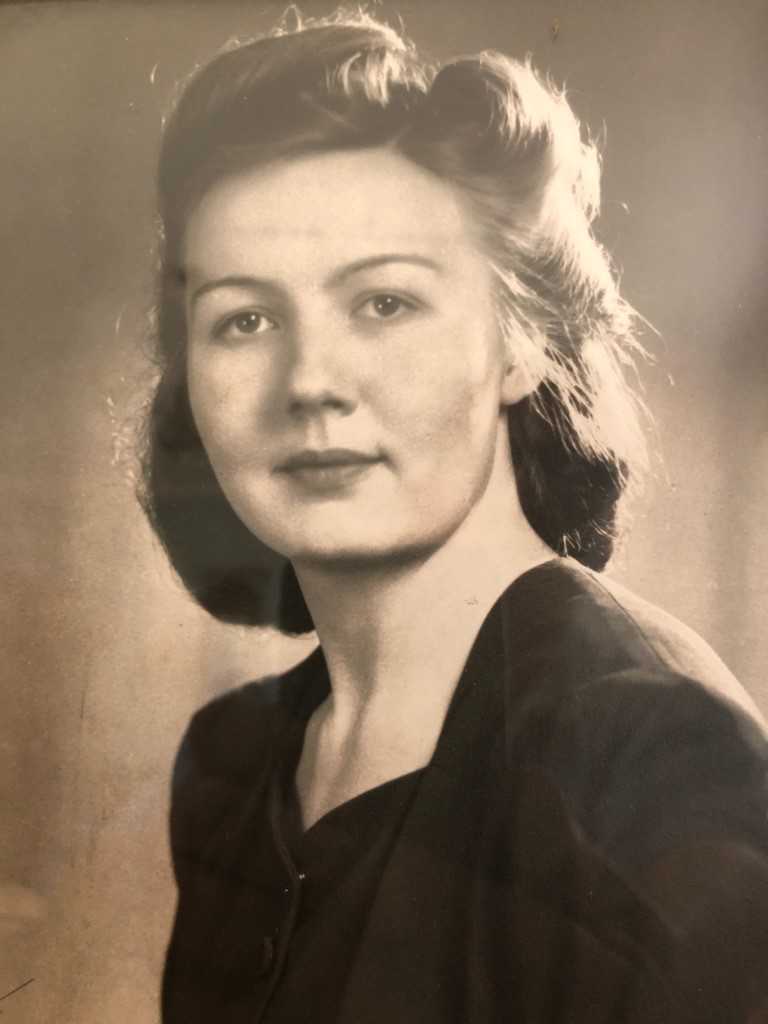