Nina Einhorn was a physician and researcher in the field of gynaecological oncology.

Nina Einhorn, née Rajmic, was born on 14 February 1925 in the Polish city of Łódź. Her family was Jewish. Her father was Artur Rajmic, an economist, and her mother was Fanja, née Portnoj-Wygodzki, the sister of the lawyer Rudolf Rajmic. Her mother’s relatives, who came from Bialystok in Russia, had emigrated to the USA in 1912, and in the summer of 1937 Nina Einhorn travelled over there with her mother to visit their relatives in New York. Fanja’s father fell seriously ill during their visit which caused them to remain there, and their daughter was sent to school in Manhattan. They remained in the USA for one year, but chose after the grandfather’s death to return to Poland in the summer of 1938, despite the increasing tensions and antisemitism in Europe. One year later, war broke out.

After five months in Łódź, the Rajmic family moved in February 1940 to Warsaw to avoid being forced into the Jewish ghetto in Łódź. In November the same year, a ghetto was also opened in Warsaw and the family then moved with all their closest relatives on the paternal side to an apartment just inside the ghetto walls. Nina Einhorn, who had continued studying in privately organised study settings in Warsaw, now started to study at a secret chemistry secondary school in the ghetto. She matriculated in July 1942, just before the deportations to the extermination camp Treblinka were started.

After the deportations had started and the ghetto was emptying, there was only one possibility to remain there: slave labour, first and foremost in the German factories in the ghetto itself. Mother and daughter were given jobs at the Schultz textile factory, while Rudolf Rajmic was given a job at the Toebben factory, and Artur Rajmic was transported to building sites outside the walls. The rest of the relatives disappeared one by one to one or other extermination camp.

When the Jewish uprising started in April 1943, it led to conflicts in the ghetto and a dissolution of the remaining structures. Rudolf Rajmic succeeded in bribing a German soldier to hide Nina Einhorn in an ambulance transport that was to leave the ghetto. Once out, she succeeded via a contact in Warsaw in finding a short-term hiding-place. During that time, Rudolf Rajmic also succeeded in smuggling out Fanja Rajmic and himself, but the transport that was to take Artur Rajmic out of the ghetto was stopped and Artur Rajmic was transported to the Majdanek concentration camp, where he was most probably murdered in the gas chambers at the latest in the autumn of 1943.

After several attempts at finding new hiding places, Nina Einhorn and her brother Rudolf Rajmic succeeded in hiding in the house of a family outside the city, while Fanja Rajmic had a hiding-place in an apartment near the mint in the Old Town. When the Polish resistance movement started its uprising against the German army on 1 August 1944, the central areas of Warsaw became a battleground. Fanja Rajmic decided to attempt to reach her children in the suburbs, and left her hiding-place. She had only walked a few blocks when she was compelled by the bombardment to seek shelter in the church of the Virgin Mary’s Annunciation along with about four hundred other people. On 29 August, the church was surrounded by the Germans who threw in firebombs. Everyone in the church was killed.

During the final battles in Warsaw, great numbers of the civil population evacuated themselves into the countryside, including the family housing Nina Einhorn and Rudolf Rajmic, and they accompanied them. They all travelled to a small village, Krupia Wólka, where they stayed for five months, until the Soviet army crossed the River Wisła and defeated the Germans in January 1945. Only then did Nina Einhorn and Rudolf Rajmic find out what had happened to their mother. After the war, Nina Einhorn and Rudolf Rajmic returned to their home city Łódź, where their apartment stood empty. They were the only survivors among their family and their closest relatives. Rudolf Rajmic, who had studied to be a lawyer before the war, now returned to the university. Nina Einhorn also knew what she wanted to do. Her mother Fanja Rajmic had when young started reading medicine, a career she gave up when she became pregnant and married. Ever since she had been a little girl, Nina Einhorn had known that she also wanted to be a doctor, and she had never given up that ambition: “I collected all my documents together and travelled to Warsaw”, she recalled. “The ministries had opened and I hoped to be able to find some proof that I had completed secondary school at Centnerszwer’s in the ghetto. That I had matriculated.” She found the desired certificate and with it she applied to the medical course at the Łódź faculty of medicine, and was accepted.

One day, at the introductory student group meeting for the surviving Jews at the university, she met her husband-to-be Jerzy Einhorn for the first time. He and his family had survived the war in the southern Polish town of Częstochowa, with the concentration camp Hasag-Pelcery close by. Since laboratory resources were scarce after the war, the medical students in Łódź were invited in the summer of 1946 to do their laboratory work at the University of Copenhagen. Nina and Jerzy Einhorn were given permission to travel there. During their stay in Copenhagen, they received the news that a pogrom had taken place against the Jews in the Polish town of Kielce, perpetrated by Polish militia and soldiers, and that 42 people had been murdered. Both were advised not to return home. They decided together with two other Jewish students, Helena Zymler and Toska Roller, to try to remain in Copenhagen. When they contacted the mathematics professor Harald Bohr (the brother of Nobel prize recipient Niels Bohr) during a student expedition to Helsingör, they were told by him however that it was difficult to acquire a residence permit in Denmark. Bohr nodded towards Helsingborg in Sweden, across the strait, and said: “Es ist nur ein Katzensprung”.

The four students thus decided to flee to Sweden. After many difficulties, they were eventually given refugee status. However, when they applied to resume their medical studies, they were rejected. In the end, they were accepted as extra students at the medical faculty in Uppsala, which means that they were able to attend lectures and do examinations, but were not formally accepted. When they arrived at the term for medicine, they were turned away by the head of department Professor Erik Ask-Upmark. They were therefore compelled to move to Stockholm, where they were able to continue their studies at the Karolinska institutet.

Nina and Jerzy Einhorn married in 1949. In 1954 their daughter Lena was born and in 1955 their son Stefan. The same year, after nine years in Sweden, they were given Swedish citizenship. Nina Einhorn had early on started to be interested in women’s ailments, and when she had gained her licentiate in medicine in 1955, she had already started working as a gynaecologist and obstetrician at Södra BB in Stockholm, where she worked for several years. In due course, she grew more and more interested in gynaecological tumour illnesses, and in 1964 she was appointed to a post at the Radiumhemmet’s gynaecological clinic. For a brief period from the autumn of 1968 until the spring of 1969, she worked as a researcher and physician at the Kenyatta National Hospital in Nairobi, Kenya, where among other things Jerzy Einhorn had just started a radiotherapy clinic, the first in East Africa. She had then already started working on her doctoral thesis on the effects of radiotherapy on the immune system. Part of her research was carried out during the time spent in Nairobi. In September 1971, Nina Einhorn completed her doctorate at the Karolinska institutet, and in 1972 she was made a consultant. She continued working at the gynaecological clinic at the Radiumhemmet, and was made its head in 1986. She worked there until her retirement.

Nina Einhorn was a dedicated clinician who was happiest when she was able to work with patients. When she sometimes was asked if it was not difficult to work so close to people that she could not save, she used to respond: “But I know their starting point. Without our work, their chances of surviving would have been even smaller.” She was equipped with the perfect empathetic balance demanded of a clinician who continually finds herself so close to gravely ill patients.

However, she was also dedicated to her research, with its focus on ovarian cancer. She was a member of many national and international working groups, was chairperson of the Swedish Co-operative Ovarian Cancer Study Group, and in 1989–1991 the chairperson of the International Gynecological Cancer Society. Nina Einhorn was an active researcher who published over 300 works, and received several international distinctions, among others being elected as an honorary member of the American College of Radiology and of the Radiological Society of North America. Even after her retirement, Nina Einhorn continued to work with undiminished energy as a researcher and organiser. From 1997, she was the chairperson of the Cancerföreningen in Stockholm’s scientific committee, and strongly engaged in the founding of the patient organisation Gyn-Cancerföreningen in Stockholm, just to mention a few examples. She was also deeply involved in Jewish life, and was for a while the chairperson of Keren Hayesod, the united Israel collection for the benefit of Jewish refugees from the former Soviet Union.

In August 1999, Nina Einhorn was diagnosed with breast cancer, the day before her husband was diagnosed with leukaemia. He only lived eight months longer, but she continued to try to have an active life with research and a large social circle, despite her own illness. “Despite everything, I’m a social creature”, she used to say, and friendship was a way for her to master her grief and pain, and also to express her strong joy in life. During her whole life, she was known as the social motor in almost all contexts in which she found herself – both professional and private.

In 2005, her life during the war was depicted in the film Ninas resa, that won two Guldbagge prizes that year. The book Ninas resa, published a few months previously, was awarded an August Prize the same year as the nonfiction book of the year.

In 2016, Stockholm City decided to name a street in the new district Hagastaden Nina Einhorns gata. 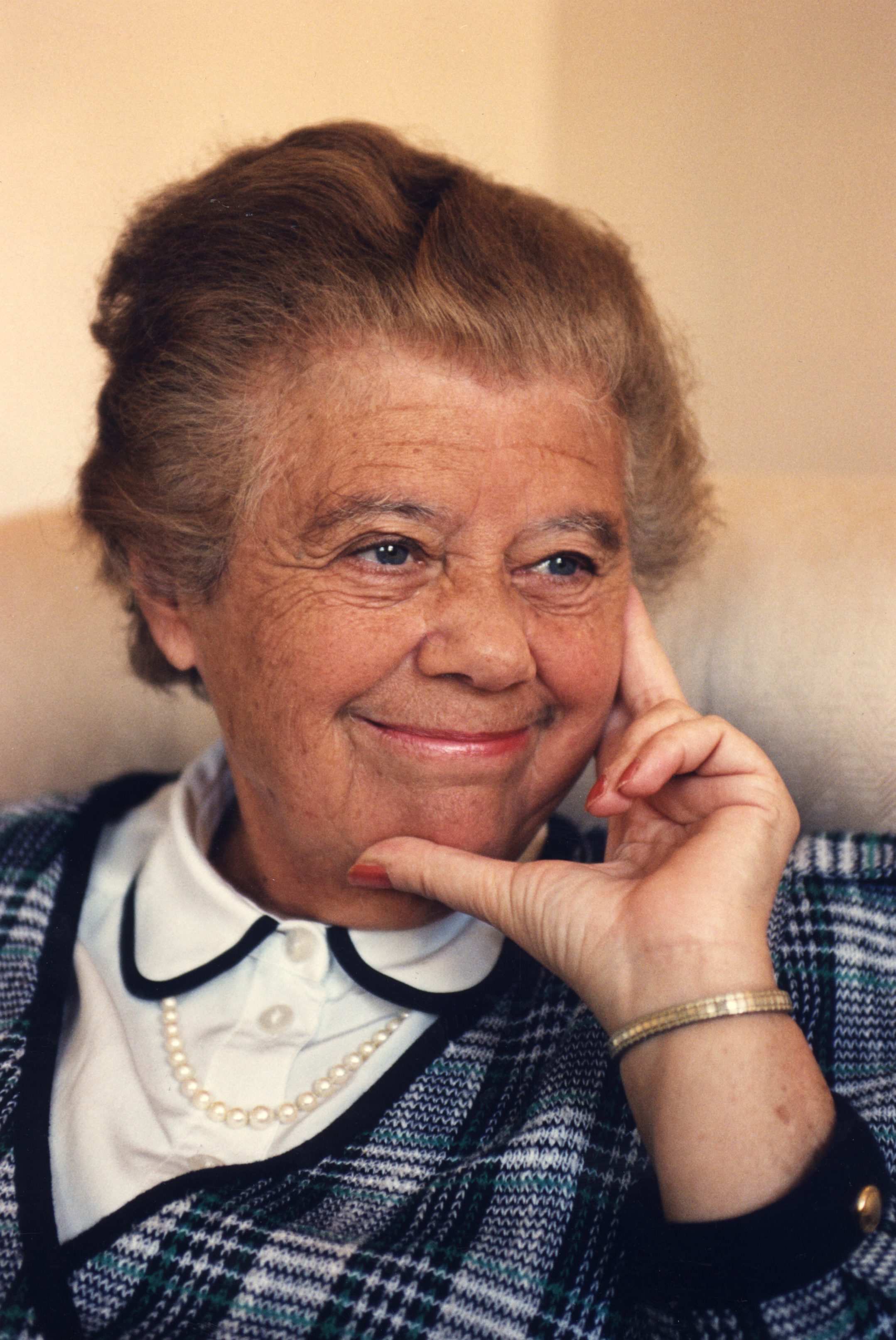