Nina Langlet was a Russo-Swedish music and language teacher, a lecturer, an author, and a humanitarian aid worker. She is best known for undertaking rescue missions, along with her husband Valdemar Langlet and Raoul Wallenberg, in Budapest during the Second World War.

Nina Langlet was born in Odessa in 1896. She and her brother and sister all grew up during difficult and troubled times in Saint Petersburg. Her father was Nikolai Afrikanovitch von Borovko and her mother was Antonina Tchaikovskaia. In her youth Nina Langlet took music lessons in Kharkov and in Moscow. When her father passed away the family fell into financial difficulties and she was forced to give up her lessons. Nina Langlet’s husband Valdemar Langlet made two visits to Russia and on the second visit he looked up the von Borovko family in Moscow having already become acquainted with them on his previous trip. They, like him, were linguistically gifted and were learning Esperanto. Upon realising how desperate their situation was he asked how best he could help the family and Nina Langlet’s mother suggested that her daughter could accompany him to Sweden for a year so that she could finish her studies.

Nina Langlet thus arrived in Sweden, and never left. For a time she worked as a teacher at Klosters voice school in Småland and she also ran Russian language courses. In 1924 she went on a singing tour, which included performing folk songs which she herself had noted down in the Crimea and that had then been translated into Swedish by Valdemar Langlet. On 10 March 1925 Nina and Valdemar Langlet got married. Nina Langlet’s brother, Boris, having fought the Bolsheviks, made his way to Sweden and spent some time living with the couple. Like his sister, he too was a pianist and he gave concerts. His life came to a tragic end in 1929 when, following an unhappy love affair, he shot himself in the head at Valla station, near Solbacken summer house, close to Valdemar’s childhood home in Lerbo just outside Katrineholm.

Valdemar and Nina Langlet headed off to Yugoslavia in 1930 and spent two years touring around the country. They travelled on to Hungary in 1932 and settled in Budapest, where they lived happily and made a lot of friends. Valdemar Langlet spent his time translating Swedish and Hungarian books. After a time he was appointed university lecturer in the Swedish language and also worked as cultural attaché for the Swedish mission in Budapest. Nina Langlet worked as a piano teacher and performed in concerts. They led an active social live and organised cultural gatherings. When the crown princess of Sweden, Louise, made a visit to Hungary in 1936 the Langlet couple were tasked with organising her visit, which led to a long-lasting friendship with the royal. On the outbreak of the Second World War they organised a major concert on the premises of the Swedish mission which featured prominent Swedish and Hungarian musicians.

On 19 March 1944 German troops marched into Hungary, where they introduced the Nazi’s systematic genocide policy. Valdemar and Nina Langlet had been keeping their eyes on the growing anti-Semitism for some time. Deportations became the order of the day and the couple took in several people who were seeking refuge and hid them. Valdemar himself met one of the first eye-witnesses who had successfully escaped from Auschwitz. When his subsequent report to the Swedish authorities was met with disbelief the couple decided it was time to act. According to a letter Nina Langlet wrote to Folke Bernadotte it was she who came up with the idea of a Swedish rescue mission.

As it was impossible for Bernadotte to make his way to Hungary Valdemar Langlet was appointed the Swedish Red Cross representative to Hungary in May 1944. Despite being 72 years old and despite the misgivings and doubts of many, he nevertheless accepted the role. Valdemar and Nina Langlet quickly set up a comprehensive Swedish Red Cross action. Valdemar primarily handled negotiations with the authorities, collaboration with various religious organisations and aid groups as well as funding the enterprise. The latter was entirely comprised of donations from Jews and Hungarians. Neither the Swedish Red Cross nor the Swedish state funded this action.

Valdemar referred to Nina Langlet as his “right-hand man”: they worked in tandem and she was a driving force in the humanitarian efforts. Nina Langlet, along with many supportive volunteers, was responsible for registering which Jews and prisoners of war had been deported, supplying protective passports, and managing a large number of safe-houses – including 14 homes for the elderly. In addition, several hospices and children’s homes were organised. In total they had 3,000 wards in their care. All the accommodation as well as a number of food stations were supplied with food and necessities. Seven nunneries and two monasteries also came under the Swedish Red Cross protection, hiding hundreds of people within them.

Valdemar and Nina Langlet were constantly under threat and in fear of their lives, not just from the Nazis and the Hungarian Arrow Cross party supporters who had placed the couple on their hit lists, but at the end of the war they also became targeted by Russian soldiers. However, they were able to exploit Nina Langlet’s Russian heritage somewhat and the fact that they were multilingual. Although they had guns pointed directly at them many times they always survived the experience. Every day their wards, their friends, and their colleagues suffered terrible attacks. Their innovative approaches and willingness to gamble served them well. For example, a former supporter of the Arrow Cross party who still had a uniform was sometimes recruited to stage false arrests within the locked ghetto. These ‘arrests’ were actually prison escapes. Nina Langlet was also able to enter the ghetto herself on a few occasions and thus personally witness the dreadful conditions there.

In July 1944 Raoul Wallenberg initiated a rescue operation under the aegis of the Swedish mission to Hungary. His protective passports were only for Jews who had Swedish connections, however, whilst the Swedish Red Cross mission served all those who were persecuted, irrespective of race, religion, and political adherence. Although the two groups sometimes collaborated in the main they operated independently of each other.

During the final stages of the Second World War in Budapest, when the bombs were falling non-stop, the Langlet couple endured very difficult conditions in their cellar, surviving on scraps and in constant fear of being buried alive. At this point Valdemar developed a chest infection, placing their hopes of leaving Hungary after the war ended on hold despite having been called home to Sweden. They were not able to leave until 23 May 1945. By then they had set up a new independent aid mission which would be continued by their colleagues after they left.

In Sweden Valdemar Langlet has suffered criticism for overstepping his authority in Hungary, for taking spontaneous actions, and for not having thorough oversight over his mission. He was, however, no diplomat and both he and Nina Langlet were too kindhearted to sit and await official responses in the critical situation they had found themselves in. Their efforts serve as an example of self-sacrifice and a voluntary contribution on behalf of humanity; they saved more than 10,000 people’s lives. However their efforts have been downplayed and overshadowed by Raoul Wallenberg. Nina Langlet wrote up her experiences in Budapest and in that book she describes the bitter feeling of being criticised instead of commended when they finally returned, exhausted and penniless, to Sweden following a lengthy and arduous journey.

Valdemar and Nina Langlet did, however, receive other commendations. They were both awarded the Swedish Red Cross silver medals in 1946 and in 1949 Valdemar was made a Knight of the Royal Order of the North Star. A Langlet school and a Langlet street, complete with memorial plaque, has existed in Budapest since 1955. In 1966 Nina Langlet was not only invited to Israel to plant a tree in the Alley of the Righteous at Yad Vashem, but also to receive a medal. She learned Hebrew and wrote a textbook for the trip and gave her speech in Hebrew. In 1979 SVT aired a programme in honour of the Langlet couple and in 1985 Prime Minister Olof Palme gave a speech at the Langlet school in Budapest saying: “I want to honour Raoul Wallenberg and Valdemar Langlet for their efforts of outstanding humanitarian solidarity and bravery in helping people in need”. In 1987 Valdemar Langlet was mentioned in a speech in honour of Wallenberg given in the House of Representatives in America. On her 90th birthday Nina Langlet was awarded the Swedish Red Cross gold plaque and in December 2000 the couple were posthumously awarded the Chiune Sugihara Humanity award in Japan. Gellert Kovacs called the Langlets “the forgotten Swedish heroes” in his Twilight in Budapest book published in 2013. He also states that the “Swedish Red Cross was one of the absolutely most important international missions in Budapest at that time”.

When the Langlets returned to Sweden after the war they initially moved between various friends in Stockholm. Valdemar wrote articles for the press and, already in November 1945, released a book entitled Verk och dagar i Budapest. Nina Langlet’s book, Kaos i Budapest, was written in 1946 as a complement to her husband’s book but it was only published in 1982. They also talked publicly about the war. Despite their straitened financial circumstances they sent large amounts of supplies to Hungary, financed by the income they received from Valdemar’s book. Despite a certain amount of opposition an aid-committee was set up, with Folke Bernadotte at its head. It was forced to fold shortly afterwards following a smear campaign. Valdemar withdrew to Solbacken, a misunderstood man. Nina Langlet wrapped up the enterprise and joined him soon after.

Nina Langlet was subsequently appointed as a teacher at the municipal music school in Katrineholm, which meant she got an apartment in the town. Valdemar joined her once he had finally shaken off a second chest infection. In 1954 the couple moved to an apartment in Stockholm which had been arranged for them by Stiftelsen Isaak Hirschs Minne. On his 80th birthday Valdemar Langlet received a letter of donation from some of his acquaintances and Queen Louise topped the list. This was a gift of a much-needed two-month journey to Italy. It was his last trip abroad. Valdemar died in 1960.

Nina Langlet carried on living in Stockholm and spent all of her summers at a cottage in Lerbo accompanied by her young friend, Benita Carstensen. Nina Langlet continued teaching music and giving language lessons. She kept in touch with friends across the globe and was heavily invested in her students. She had an interest in philately and remained keenly interested in culture and societal developments.

Nina Langlet died in 1988 having just turned 92 years old. She is buried beside Valdemar Langlet and his family at Lerbo cemetery. 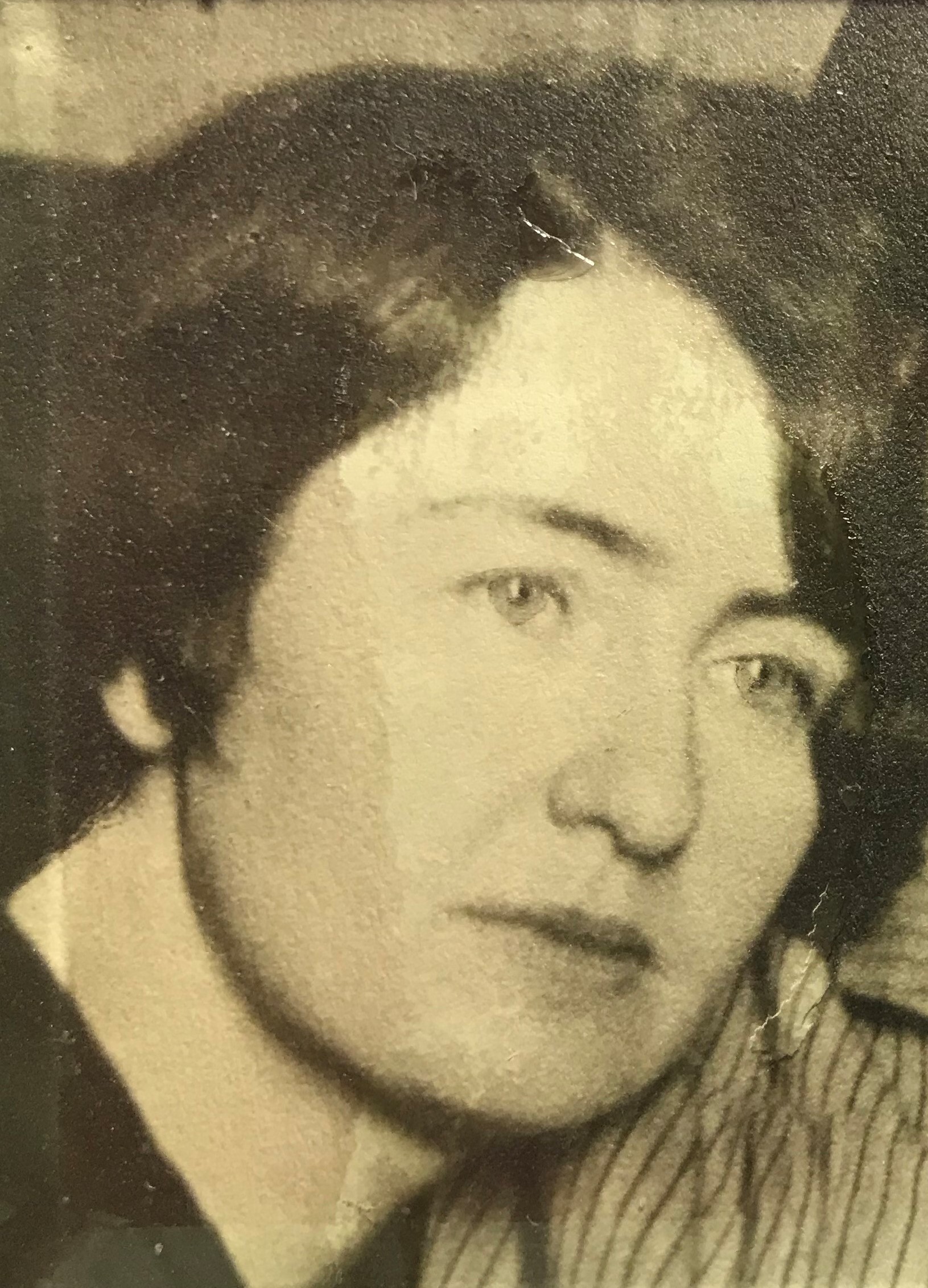