Nina von Engeström was a textile designer and weaving instructor who ran weaving schools and published a weaving textbook.

Nina von Engeström was born at Kipplingeberg manor in Bälinge parish, Uppland in 1836. She was the daughter of Matilda Augusta von Engeström and chamberlain Jonas Fredrik von Engeström. She was the second daughter born to a family of seven children. Her eldest brother, Mathias Carl Hendric, died when he was just 9 years old. The surviving siblings were all girls. The manor which was the family home was on an entailed estate and thus was only inheritable on the male side of the family. This meant that on their father’s death the manor would pass out of the family unless another son was born, and in 1849 and 1851 another two boys were indeed born into the family. The eldest boy eventually did inherit the estate on his father’s death in 1886.

Nina von Engeström was greatly interested in textiles and weaving and she remained active within the world of weaving throughout her life. With her mother’s help she had taught herself to weave as a child, but it was not until she was in her 50s that this came to play a role outside her home life. Nina von Engeström was unmarried and still living in the family home by the time both of her parents had died in the late 1880s. She had, however, started her first weaving school in Uppsala a few years earlier in 1884. She continued working there until 1893. The Uppsala school was then taken over by someone else and ran until 1903.

In the spring of 1894 Nina von Engeström set up a school in Örebro which came to bear her name, Nina von Engeströms Väfskola (school of weaving). This was an extensive enterprise, comprising 26 looms, and 360 students attended the school during its first 6 years of operation. Some of the courses at the school were financed by Örebro county handicrafts association as well as by the council board, which provided free places for lower-income students. The students came from a broad range of backgrounds. These included directors of handicrafts and weaving schools, female teachers from public schools, the wives and daughters of public-school teachers who wanted to be able to teach other women how to weave so that these women could provide for themselves. The school taught all the known weaving techniques of the era and the use of various types of weaves and all kinds of materials.

Throughout her life Nina von Engeström was a recognised name within Swedish textile circles. The weaving textbook she published in 1896, Praktisk väfbok – tillegnad den idoga Svenska qvinnan, made her an authority in the field. The book was printed in five editions between 1896 and 1913 and was subsequently printed in facsimile editions several times, the most recent one dating from 2005. The book was, however, not quite as practical as the title would have you believe as the majority of the contents entailed weaving patterns for factory textiles rather than weaving instructions. However, it was of immense importance and in 2009 it was translated into English. In conjunction with Nina von Engeström’s surviving patterns it is considered to have greatly influenced weaving styles right up to modern times.

Nina von Engeström worked with engineers at Borås Väfskola and at Almgrens Sidenväveri in copying and drawing damask patterns. In 1899 she was involved in the construction of an enormous damask loom, which came to be known as the giant “Jumbo” loom and was capable of weaving at a breadth of 310 cm.

In her later years Nina von Engeström met a young damask weaver named Carl Widlund and it was to him that she left her patterns as a legacy. As damask weaving was a comparatively laborious form of weaving it tended to mainly be undertaken by men, albeit it was already a dying trade. Nina von Engeström perhaps viewed the young Carl as her successor. Several decades after Nina von Engeström’s death Carl Widlund took over “Jumbo”, which had by then been left untouched for many years. Since Widlund’s death the loom has been used at Klässbols Linneväveri.

Nina von Engeström died on 7 February 1908 in Örebro. Her weaving school was then taken over by her assistant, Dagmar Swidén, and the school’s name was changed to Örebro Vävskola. 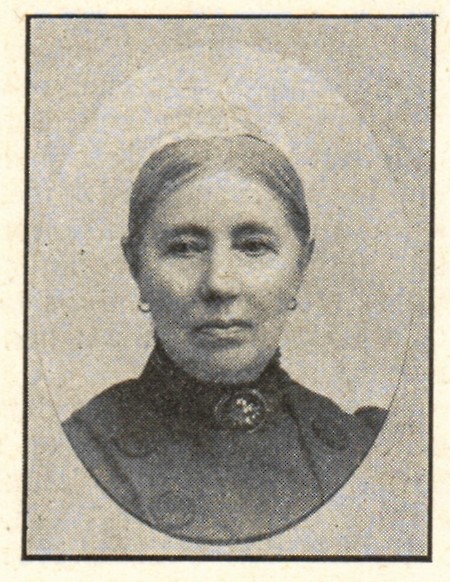