Pauline Åhman was a harpist and the first woman to be appointed as professional instrumentalist to Kungliga Hovkapellet (royal orchestra). She was also the first woman who was officially a harpist.

Pauline Åhman was born in Stockholm in 1812. She was the eldest child of Christian Petter Germund Landby, a brewer. Her mother was Anna Margaretha. The family also included her two younger brothers, Paul Reinhold and Lars Albert. As a child Pauline Åhman was tutored by a governess named Mademoiselle Braun in the home of a family with whom her parents were friendly. This governess played the harp and when Pauline Åhman showed interest in the instrument she gained her parents’ approval to begin taking harp lessons.

Pauline Åhman married Wilhelm Åhman, a distiller, when she was only 17 years old. Their daughter, Laura Vilhelmina Amalia, was born shortly afterwards. Their next child, another daughter named Jenny Pauline, was not born until 1841. In the meantime, from 1830 until 1835 Pauline Åhman studied the harp with the prominent harpist Anton Edvard Pratté. She also took piano lessons and when it became apparent that she possessed a lovely singing voice she took singing lessons from Isak Albert Berg, an opera singer and singing instructor.

Pauline Åhman, who was widowed during 1842, also taught, giving lessons in both singing and the harp. She quickly became drawn into Stockholm’s musical circles but did not formally play at performances. When accompanying others she would remain in the background and play the harp behind the scenes.

In 1849 a Veronese named Jacobo Foroni was appointed director of Kungliga Hovkapellet. It dismayed him that the orchestra lacked a harpist and when he heard Pauline Åhman play at a concert he became thoroughly smitten. He sought her out and persisted until he was able to hire her, initially as a substitute but subsequently, from 1856 onwards, as a fulltime harpist. Pauline Åhman thus became the first woman instrumentalist to be appointed to Kungliga Hovkapellet and the first woman to play the harp professionally.

Pauline Åhman played in many concerts and performances at the Royal Opera, she organised her own matinée concerts and continually developed as a musician. When she joined Kungliga Hovkapellet the harp only had a relatively minor role within orchestral music but over time the harp grew in importance. The harpist’s role in Wagner’s operas, for example, was complex and served to highlight Pauline Åhman’s artistic development.

Pauline Åhman was also employed as a teacher for the newly-established harp classes offered at Kungliga Musikkonservatoriet (now Kungliga Musikhögskolan, royal college of music) in Stockholm. She worked there from 1870–1875 and again 1887–1891. She taught a series of students who later became well-known, including Adolf Sjödén, Carl August Lundin, Mina Günther och Elfrida Andrée. Pauline Åhman retired as a harpist in 1881 following a 30 year career. By that time she had faithfully and earnestly served under six different orchestra directors.

In 1890 Pauline Åhman experienced great sorrow on the death of her youngest daughter, Jenny Pauline who was a piano teacher, aged only 48 as the result of a few days’ illness. Two years later Pauline Åhman turned 80 and the Svenska Dagbladet newspaper reported her birthday, stating that a company that was organising a nachspiel lacked the usual lighthearted element to the songs. Pauline Åhman then appeared with her harp “dressed in a flowery shawl and a white headscarf”. It was a success!

Pauline Åhman buried her remaining daughter in 1899. She lost the desire to play the harp following the death of Laura Vilhelmina Amalia. She gave her harp away to Musikhistoriska Museet (now Musik- och teatermuseet), but she never lost the will to live. Ahead of her 90th birthday in 1902 she was interviewed by three newspapers: Svenska Dagbladet, Dagens Nyheter, and Idun. Although her legs could no longer support her body she remained sharp of mind and interested in her surroundings. She was visited by members of Kungliga Hovkapellet on her special birthday.

Pauline Åhman died in 1904, aged 92. She is buried at Norra begravningsplatsen (the Northern Cemetery) in Solna. 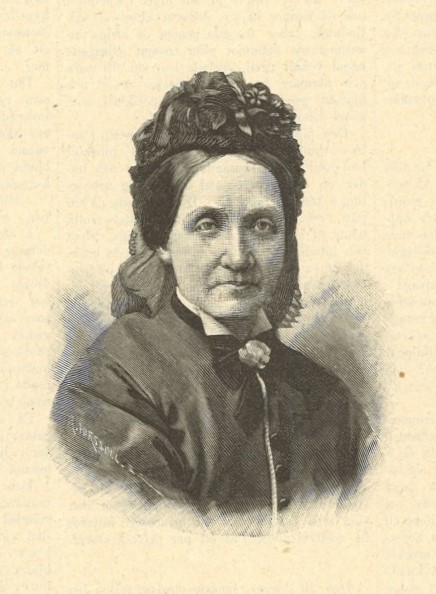