Regina Pallin was a teacher and acting principal for the women’s teacher training college Högre lärarinneseminariet in Stockholm in 1864—1889.

Regina Pallin had roots in the province of Värmland. She was born in 1834 at Rud farm just outside Karlstad, where her father Erik Pallin was a farmer. She was the youngest of eight siblings and during the 1840s she received her first education at a girls’ boarding school in Karlstad, probably the Weinbergska boarding school. When she was 19, her mother Märta, née Westmark, died. Regina Pallin and another unmarried daughter moved with their father to their cousin who was also their father’s son-in-law, Bengt Daniel Pallin at Motorp in Ekshärad further north in Värmland. He was a provincial official and married to Erik Pallin’s oldest daughter. Regina Pallin was registered as living at her brother-in-law’s home for more than a decade, but started working early on as a governess and probably actually lived elsewhere.

Some time at the end of the 1850s — not clear exactly when — Regina Pallin attended the schoolmistress course at the so-called Klosterskolan in Uppsala. This private girls’ school had been founded in 1855 by Jane Miller-Thengberg who had roots in Scotland, and it rapidly gained the reputation of being one of the best girls’ schools in the country. It had four two-year classes and despite only existing until 1863, became a model for the eight-year girls’ school later developed in Sweden. In 1857, a separate one-year additional course was started for those who were considering becoming teachers, and it was this course that Regina Pallin attended.

After her education in Uppsala followed some more years as a governess. For one period, Regina Pallin was employed by a family in the province of Sörmland. Unfortunately there is no information on the family’s name, where they lived or how long she worked for them, but it was clearly a happy time.

In 1864, Regina Pallin moved to Stockholm. Her teacher from Klosterskolan in Uppsala, Jane Miller-Thengberg, had been appointed as the principal for the state teacher training college for women: Seminarium för bildande af lärarinnor, later named Högre lärarinneseminariet in Stockholm. She recruited two of her former pupils from Klosterskolan’s teacher training course, Regina Pallin and Hilda Casselli, to assist her in her new job. Jane Miller-Thengberg simultaneously reorganised the enterprise that went from being a relatively free and academic education to being a more firmly organised teacher training with formalised studies. The girls’ school Statens normalskola för flickor was started at the same time, and linked to the teacher training college so that the student teachers could receive practical supervision and teaching practice. Regina Pallin’s assignment was to act as Jane Miller-Thengberg’s deputy and assistant at Högre lärarinneseminariet while Hilda Casselli received the same assignment in the girls’ school.

Activities continued however more or less in the same way during Regina Pallin’s time as they had been organised by Jane Miller-Thengberg. Regina Pallin was not a pedagogical innovator by any means either. Her significance was first and foremost linked to her way of being as a person and to the relations she established with her pupils, which characterised the entire spirit at Högre lärarinneseminariet. The most important component of Regina Pallin’s intellectual gift was her psychological insight, which basically involved a genuine interest in each individual. She not only accommodated a maternal tenderness and empathy for her teacher training students, she was also good at seeing their strengths and weaknesses during practice lessons and gladly gave them advice not only about future work and assignments but also to support them in more private situations in life. She devoted herself especially to those who were in difficulties in various ways. Her loving consideration for the students made her boundlessly popular and she kept up the contact with many of them for many years after they had completed their education.

Regina Pallin was a serious person who inspired reverence. Among her colleagues she was sometimes called rather jokingly ”our Ruler” which however was not at all in tune with her basically calm and mild manner. She could however appear reserved, to the point and withdrawn, which was connected to the shyness she had been compelled to overcome. She found it difficult to make public appearances but carried them through when she had to. Those around her bore witness to a defective confidence in her own capacity and a continually present anxiety about failing.

Regina Pallin never married and thus never had any children of her own. Not much is known about her life outside Högre lärarinneseminariet. She was however not the only one in her family to create a position for herself in the school world. Her brother Rudolf Pallin who had taken his doctorate in history at Uppsala University and wrote textbooks, also worked for several years in the 1860s as a lecturer in history and geography at Högre lärarinneseminariet before he became the principal of the Nya elementarskolan in Stockholm. Therese Kamph, her brother Victor Pallin’s sister-in-law, attended the Högre lärarinneseminariet and later became the principal of the Kjellbergska girls’ school in Gothenburg. One niece, Frida Pallin, the daughter of one brother, later became the principal and owner of Mathilda Hall’s school in Gothenburg.

On Regina Pallin’s fiftieth birthday, some former pupils started a scholarship fund in her name, intended for needy pupils at Högre lärarinneseminariet. A portrait in oils was also commissioned for the celebration of her 25th jubilee as deputy principal. Regina Pallin’s health had however begun to fail. She was tired and ill towards the end of her life and had therefore applied for a year’s leave of absence to rest, but she did not even get as far as starting her period of leave. To the great grief of current and former students, she died at the age of barely 55 in Stockholm in 1889. She never received the portrait that had been painted by the artist Elisabeth Wahrling; it was handed over to Högre lärarinneseminariet just after her death.

Three years after her death, a memorial over Regina Pallin was unveiled in the New Cemetery, now known as the Northern Cemetery in Solna, and during the ceremony, a poem by her former student Selma Lagerlöf was read aloud: ”Vid aftäckandet av Regina Pallins grafvård den 16 oktober 1892”. 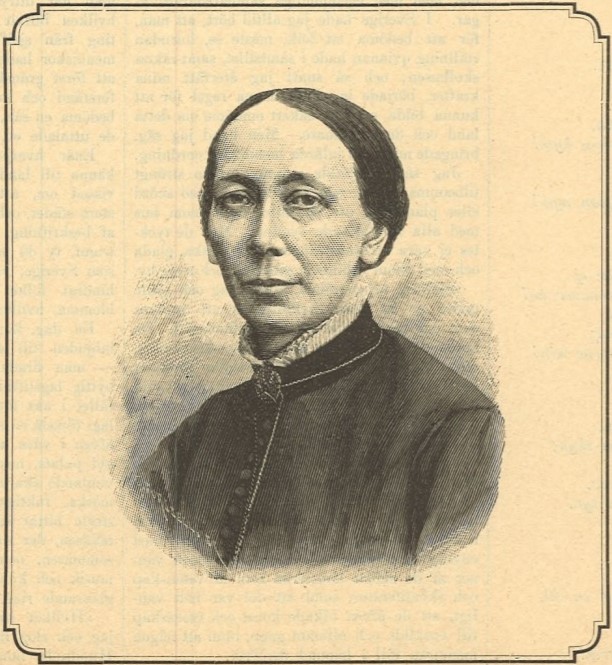