Sara Lisa von Linnè was born in 1716, the oldest child of Johannes Moraeus, town physician and provincial doctor in Falun and his wife Elisabeth Hansdotter. Her mother was the daughter of a local magistrate. Her father came from a family of clergymen, and his paternal grandfather was the vicar of Mora and Falun who took the name Moraeus after Mora. Sara Lisa had several younger siblings, of whom two brother became local officials and landowners. The Moraeus family moved in middle-class social circles in Falun. Johannes Moraeus was warmly religious and earnest, and read learned texts, as his son-in-law Carl von Linné has recounted.

The young Uppsala student Carl von Linné spent the Christmas holidays in 1733–1734 in Falun in the company of his student comrade Clas Sohlberg. While there, he took the opportunity of studying mines and smelteries and got to know Nils Reuterholm, the county governor in Dalarna. Reuterholm was later to finance Linné’s Dala journey. Even more important and life-changing was the meeting with 17-year-old Sara Lisa. They found themselves in the same social circles in Falun. They hit it off and he proposed in 1735. Her father approved of the match on condition that his future son-in-law secured his position and took a medical doctor’s degree abroad.

Sara Lisa von Linné had to wait for several years for her wedding. During that time, she continued to amuse herself in the Falun neighbourhood. There are several witnesses to how fond she was of cards and dancing. When in 1739 Carl von Linné had attained a secure social position, he was able to marry Sara Lisa von Linné on the family estate Svedens gård. The couple settled down in Räntmästarhuset near Slussen, between Skeppsbron and Järntorgsgatan in Stockholm. Even if they lived in Stockholm, they often visited Sara Lisa von Linné’s home town Falun, and in 1741 their son Carl was born there.

Their time in Stockholm was brief. The growing family settled down in Uppsala in 1741, since Carl von Linné had been appointed professor there in medicine and botany. Their university accommodation in Svartbäcksgatan neighboured onto the botanical garden of that time. Both the elder and younger Olof Rudbeck had previously lived there. In Uppsala they socialised with Johan Floderus, the professor of Greek, and Professor Johan Ihre and his family.

Sara Lisa von Linné bore seven children between the ages of 25-41, of whom two died as infants. The surviving children often suffered from various infections that were raging in the town. None of the children attended a local school, but all received tuition in the home. At the early age of nine, their son Carl was admitted to Uppsala University. Sara Lisa von Linné brought her children up strictly, while Carl von Linné was milder. He desired preferably that their daughters should be brought up to be capable housewives, not to live a life of frivolity and vanity. It is said that he advised his students not to lend books to his daughters. Since he was completely occupied with his scientific work, Sara Lisa von Linné had to take the total responsibility for the children’s upbringing and tuition. The hospitality of their home was generous towards students and colleagues from the world of the university.

In the autumn of 1758, Carl von Linné purchased the farms Hammarby and Sävja south of Uppsala. These farms out in the country provided the opportunity to get away from the unhealthy Uppsala air and also provided a secure means of support for the household with provisions from the earth and animals. In 1762, the large farmhouse at Hammarby was built. After the great fire in Uppsala in 1766, Carl von Linné moved his collections to Hammarby, and, there as in Uppsala, Sara Lisa von Linné took care of the employees and the management of the farm.

Most of what is known about Sara Lisa von Linné has to do with daily life at Hammarby. During her husband’s lifetime, his students were lodged at farms in the neighbourhood of Hammarby and they came there to hear lectures or make excursions. Sara Lisa von Linné’s social life sometimes involved cards or music-making. In various memoirs, she is described as a strong woman with a thirst for power, self-serving and completely uncultured. Their daughters were described as children of nature. One obstacle in their socialising with foreign guests was that Sara Lisa von Linné knew no foreign language. Her husband was described as her opposite: lively but mild. Carl von Linné writes in his autobiography however that “God had given him the Wife he most wished for, who took care of his household while he was working”.

Carl von Linné died in 1778 and their common will stipulated that his wife had the right during her lifetime to live and farm at Hammarby and the subsidiary farms Vallby and Edeby. Sara Lisa von Linné ran the country household for almost thirty years. Her husband’s death made her as widow legally of age and capable. The people living around Hammarby respected Mistress Linné and she treated her servants benevolently. Objects remaining after her death witness to her various occupations: preparing flax, growing kitchen vegetables, making jams from fruits and berries and storing root vegetables over the winter. Her household had a large linen closet and was furnished with weaving looms, embroidery frames and lace-making equipment. The final twelve years of her life were spent by the widowed Sara Lisa von Linné at Hammarby with an unmarried daughter who died in 1839.

Sara Lisa von Linné allowed her husband’s comprehensive collections and correspondence to be sold to the highest bidders and the Linnaean Society in London is even today responsible for his archive. If we compared the inventories left by Carl and Sara Lisa von Linné respectively, we may establish that the livestock had increased considerably. Her last signature in the invoice books from Hammarby is from 1 April 1860.

Sara Lisa von Linné died on 20 April 1860, and lies buried with her husband and son in Uppsala Cathedral. 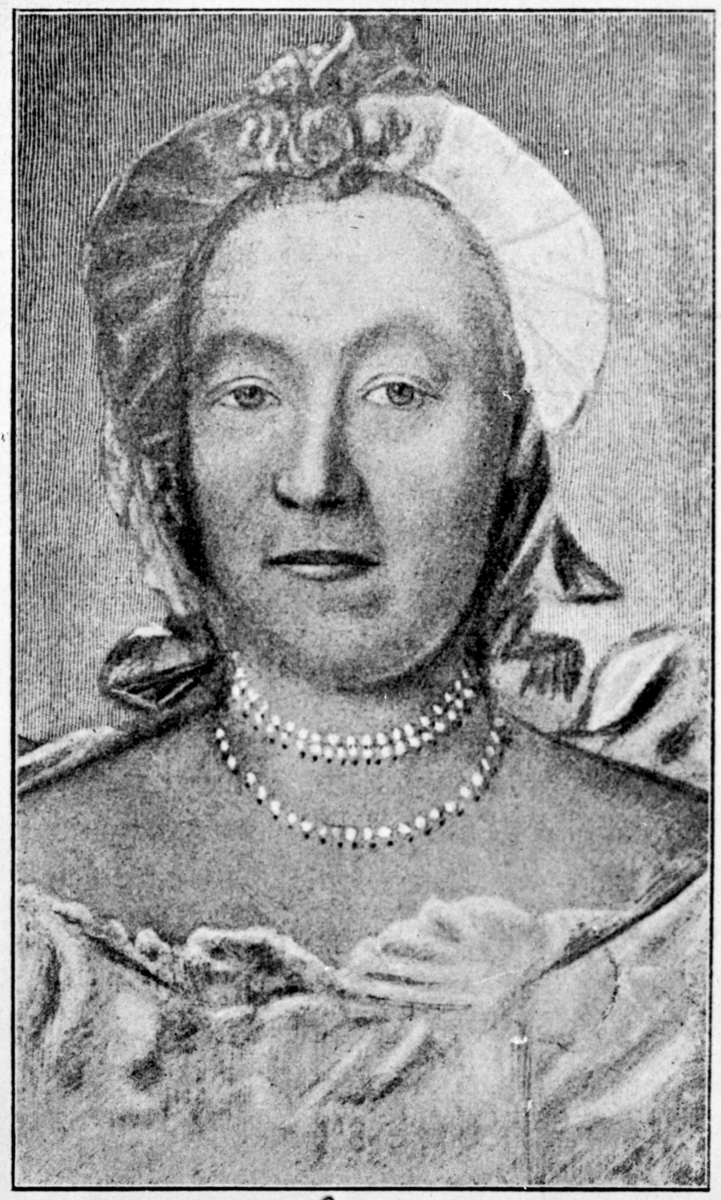