Sara Thåström was the first woman to be elected to the town council in Helsingborg.

Sara Thåström was born in Flädie near Lund in 1872, the sixth child of eleven. Their father Adolf Fredrik Thåström was a teacher and both Sara Thåström and her older sister chose the same profession. Sara Thåström studied at the teacher training college in Kalmar where she qualified as an elementary schoolmistress in 1892. After having worked at Nordby near Strömstad among other places, she was appointed as a teacher in Helsingborg in 1894, and there she remained for the rest of her life.

When the YWCA started a local branch in Helsingborg in 1895, Sara Thåström was appointed to a position on the board and she became the association’s first cashier, then secretary and afterwards vice-chairwoman, finally becoming the chairwoman in 1910–1920. She was also involved in the temperance movement and participated in summer courses arranged by the temperance association (Centralförbundet för nykterhetsundervisning, CFN, now Centralförbundet för alkohol- och narkotikaupplysning, CAN).

In December 1912, Sara Thåström was nominated to a position on the town council for the liberals, and in January 1913 she became the first woman to be a member of the town council in Helsingborg. She was especially interested in temperance issues and it was only March when she wrote a motion to recommend the introduction of the so-called Bratt system in Helsingborg. This would involve restrictions on the sale of alcohol. Sara Thåström was a member of the committee for restricting the sale of intoxicating liquids in Helsingborg, and she was made a reserve on the municipal pensions committee.

After having lived at various addresses in central Helsingborg, Sara Thåström moved to Ramlösa in 1916, and there she was to live for the rest of her life. This move meant that Sara Thåström was no longer eligible to run for election to the town council in Helsingborg since she now lived in a different municipal district. Even though she had been a pioneer as the first woman member of the town council in Helsingborg, she did not make a name for herself as a champion of the women’s suffrage movement.

Sara Thåström died at the age of 55 in August 1927. At her burial at the New Cemetery, Arvid Gierow, the elementary schools inspector held a speech, and her teacher colleagues Nils Krok and Nils Rydén led the line of mourners to the grave. Sara Thåström’s last class participated with song. In an obituary in the KFUK magazine, she was remembered thus: “Her unusual energy and capacity for work enabled her to cope with all the many assignments that came her way.” During her time on the KFUK board, she was often asked to hold lectures, and the magazine also emphasised that Sara Thåström’s “utterances were always stamped by clarity and acuity of thought.”

Sara Thåström’s grave is in the New Cemetery in Helsingborg. 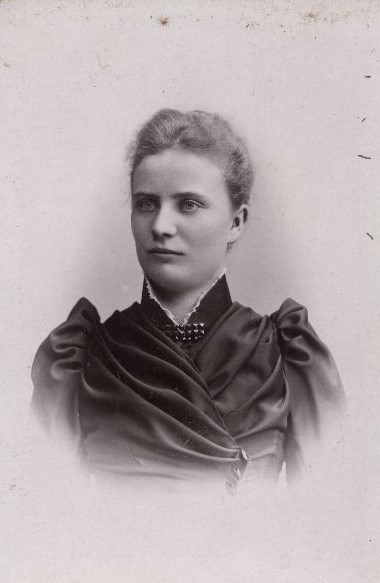