Selma Westberg was one of the foremost portrait photographers in Sweden. She was highly respected and was appointed court photographer in 1943.

Selma Westberg was born in Vika village in Mora parish in 1893. She was named Rull Selma Danielsson. Her mother was Tomt Maja Hansdotter and her father was Rull Daniel Andersson. When she was seventeen, she was given a place as a photography pupil in Berta Hallgren’s atelier in Mora. Berta Hallgren had taken over in 1910 after K.G. Wiborgh. She was a skilful professional photographer so Selma Westberg had a very well-qualified teacher. One of her first assignments was to assist when Anders and Emma Zorn’s silver wedding was to be recorded for posterity in October 1910. To be a pupil of an established photographer was usual and Berta Hallgren had herself been a pupil of the photographer Gerda Söderlund in Leksand.

In Avesta, she visited her only competitor, Richard Westberg, to discuss prices among other things. He had had an atelier in Avesta since 1923. He had attended a course in Vänersborg led by the court photographer Ragnar Eiserman in 1913 and had later owned a photography shop there until 1923 when he moved to Avesta. Richard and Selma Westberg married in 1926 in his home country Norway and Selma Westberg closed down her atelier in order to work with her husband. The same year, they took over the photographer Olof Sundberg’s atelier in Borlänge. On account of the atelier’s unfavourable situation in Borlänge, they hunted for new premises and at the end of the year the couple opened Ateljé Westberg in the central square Sveatorget. In the spring of 1932, Richard Westberg died after a period of illness, at only 43 years of age. Selma Westberg’s sister Elin returned to help her as a photography assistant. Selma Westberg continued to train further and spent a short period in 1934 in the atelier of the court photographer Moisé Benkow in Hamngatan in Stockholm. The following year, she had found her own style. She changed things in her atelier and purchased new lighting equipment.

Selma Westberg started competing with exhibition photographs and in 1935 she won second prize in a competition organised by Sveriges Fotografiska Förbunds (SFF) Mellersta krets. Four years later, she had five photographs accepted for SFF’s exhibition at Liljevalch’s in Stockholm. She won a silver medal for one of her photographs. During the coming years, she competed energetically, not only in Sweden but worldwide.

She became an authority among portrait photographers. At SFF’s annual congress in 1941, Selma Westberg showed in both words and actions how she created her portraits. One successful event during the annual congress was when the chairman, Edvard Welinder interviewed two recognised photographers. Along with Rolf Winqvist at Atelier Uggla, Selma Westberg showed with live models how one situates them, decides the light setting, chooses the exposure time and material. In connection with this event, both photographers had also exhibited “about ten particularly beautiful pictures”. Selma Westberg held a lecture with the title “How I create my portraits”. She recounted that it was important to have an understanding of the person one was to photograph in order to make a good portrait. The model must have the right attitude to being photographed. The first thing was to find the personal in each subject. The next and most important was to draw forth an expression, a smile or some other facial expression that was characteristic for just that person. The third thing was to have good technology that could highlight the fine features of the skin that also contribute to making the portrait come alive. If interest existed for artistic photography, the photographer would experience true joy in creativity, said Selma Westberg. However, patience and good humour were also essential to succeed with the assignment, and if the client noticed this, it influenced her or him positively as well. To be able to devote herself completely to the model, Selma Westberg always had someone to assist with the lighting and camera adjustment and so on. Just before the exposure, Selma Westberg finally adjusted the lighting with Kodak Studio Light, a lighting equipment with blue light that generated a great deal of heat. It could be quite troublesome for the model to sit in the warm light. The finishing work of developing, copying and enlarging had to be done with extreme care, down to the last detail, for the result to be good.

In the magazine FOTO no 10 in 1943, the following could be read about Selma Westberg’s professional skilfulness: “She has an outstanding and quite unique ability to bring her portraits to life, to allow the subject’s personality expression even in the sharp light in front of the camera lens. To succeed with this requires a sure eye, understanding of human beings and not least a strong personality of one’s own.” Selma Westberg was appointed a court photographer in 1943.

During her time as a photographer in Dalarna, Selma Westberg had socialised a good deal with her colleagues Margit Karlsson in Leksand, Märta Berg in Rättvik, Gerda Söderlund in Leksand and Berta Hallgren in Mora. Her photography atelier in Borlänge was handed over in 1948 to Olov Dahlman who later handed it over to Ewert Woxberg.

After two years’ absence from photography, Selma Westberg returned to her home district and in 1950 she opened a smallish atelier in her home village Vika. At the beginning of the 1950s, her interest in international photography competitions increased and she participated in many. She was successful and in 1952 she won first prize in the portrait class at the XXVIII Salon Internacional de Fotografica in Zaragoza in Spain with the picture Mr. Norin. The year after this fine distinction, she moved her atelier from Vika to Tuvan in Mora. In 1958, she won yet another first prize, also in Zaragoza, at the XXXIV Salon Internacional de Fotografica, this time with the portrait Swedish girl. In 1963, she closed her atelier at Tuvan and opened a new one at Fridhemsplan in Mora. Two years later, she stopped working as a professional photographer and handed over her atelier in the spring of 1965 to Allan and Barbro Frisk.

The memory of Selma Westberg lives on through her photographs. Her glass plates, film negatives, original photographs, exhibition pictures, framed advertisements, photo albums, and diverse objects are currently to be seen at Dalarnas museum. Relatives have kept private photo albums. Through the photographer Ewert Woxberg, who took over her atelier in Borlänge, about 600 glass plates and film negatives have been donated from her time in the town. In that collection there were also glass plates from her predecessor Olof Sundberg. Selma Westberg’s negatives from her time in Mora in 1951–1965 were handed over in connection with the handing over to Allan and Barbro Frisk and that collection is currently in the Mora bygdearkiv.

Selma Westberg died in 1976. She is buried in the Old Cemetery in Mora. 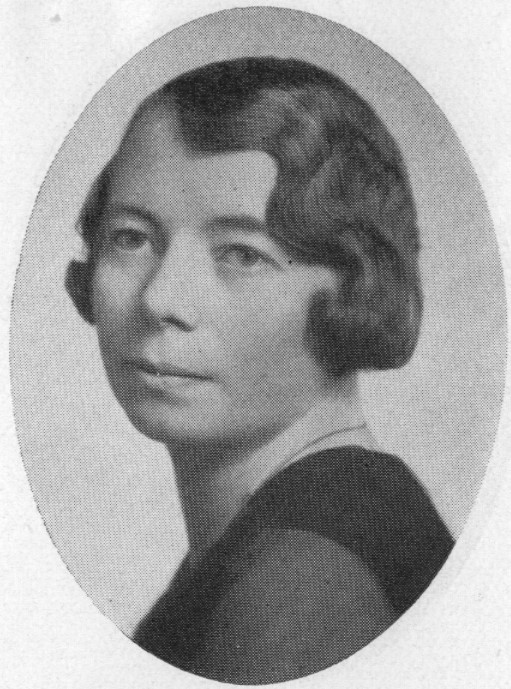