Signe Hasso was a Swedish actor who gained Hollywood and Broadway success during the 1940s. Throughout her almost 60-year long career she appeared in over 30 films and more than 50 TV-productions.

Signe Hasso was born at Kungsholmen in Stockholm in 1915. She was the daughter of office manager Kaifas Larsson and his wife Helfrid. Later the family moved to Södermalm (south side of Stockholm). Her father died in 1920 leaving her mother, Signe, and her siblings Helfrid and Valle in dire financial straits. Her mother had to work very hard to make a living. In order to earn extra money she would sometimes work as an extra at Kungliga Dramatiska Teatern (royal dramatic theatre) in Stockholm.

Signe Hasso made her debut at Dramaten as a twelve-year old in 1927 when she played the part of Louison in Molière’s Den inbillade sjuke (The Imaginary Invalid). It was the play’s director, Olof Molander, who discovered her. She acted in a few more roles before she, having completed her schooling at Norrmalms enskilda school, enrolled in the Dramaten school in 1932 at the age of 16. Just like her contemporary classmates, Ingrid Bergman and Irma Christenson, she was amongst the youngest to be accepted into the school. Following graduation from the school in 1935 she became employed by the national theatre, where she worked until 1939.

Signe Hasso made her cinematic debut in the 1933 film Tystnadens hus, but the film was a fiasco. She then opted to avoid film work for several years. Her stage breakthrough came at Blancheteatern playing Manuela in Flickor i uniform in 1934. She stayed on at Blancheteatern for a time. The director Schamyl Bauman then convinced her to return to cinematic work again in 1937 by convincing her to work opposite Gösta Ekman in Häxnatten. Even though the film only achieved lukewarm reviews the critics unanimously declared that a new star had emerged. Signe Hasso was then given a series of leading roles, including the female leads in Karriär, from 1938, and Vi två, from 1939, in which she acted opposite Sture Lagerwall. In 1939 Signe Hasso played the title role as the actress and the Crown Prince’s lover Emilie Högqvist in Filmen om Emelie Högqvist, while Georg Rydeberg played the future King Oscar I.

Signe Hasso acted in another ten Swedish films before she accepted an offer from the American film company Radio-Keith-Orpheum (RKO) and headed off to Hollywood in 1940. It took a couple of years before she got any parts in American films and so she kept herself occupied by working in the theatre in New York. This led to her being offered a film contract by Metro-Goldwyn-Mayer (MGM) and to her big screen roles. One of Signe Hasso’s earliest films was the 1934 Heaven Can Wait (Himlen kan vänta), directed by Ernst Lubitsch. This was followed by the likes of The Seventh Cross (Det sjunde korset), from 1944, Johnny Angel (Möte i dimman) from 1945, The House on 92nd Street (Huset vid 92:dra gatan), from 1945, and George Cukor’s 1947 film A Double Life (Dubbelliv). Her leading men included Spencer Tracy, Bob Hope, Dick Powell, and Gary Cooper. Although she played several lead roles in major productions Signe Hasso never became as big a star as Ingrid Bergman or Greta Garbo. This was despite the fact that she had been introduced as ‘the next Garbo’ following the latter’s abdication of her throne in 1941. To be a beautiful and dramatic film actress, with an exotic Swedish accent, and to act in major films was apparently not a failsafe recipe so the unrealistic expectations of becoming the ‘new’ Garbo were never fulfilled.

In 1933 Signe Hasso married the German cinematic photographer Harry Hasso. Their marriage lasted until 1941, and they had a son together named Henry, who died in a car accident in 1957. Signe Hasso’s second marriage was to the Canadian actor William Langford. He died in 1955, aged only 35.

By 1950 Signe Hasso had acted in 14 Hollywood films when she returned to Sweden to perform in two dramatic films: Ingmar Bergman’s 1950 film Sånt händer inte här, and Börje Larsson’s Taxi 13, from 1954. Signe Hasso and her ex-husband co-directed the 1953 film Maria Johanna, and in Germany and Sweden she produced and acted in the 1955 film Den underbara lögnen alongside her then current husband Bill Langford. She also performed in the 1961 tv play I sista minuten, directed by Frank Sundström.

Signe Hasso alternated her film work with theatrical work. She felt most comfortable in the theatre and was active in both London and New York, and also undertook theatre-tours across the US. Following the deaths of her husband and son she largely stopped making films, namely by the mid-1950s, and then began to concentrate on her Broadway stage career. In her adopted homeland she was in fact mainly known as a stage actress. During the 1950s, 1960s, and 1970s she also acted in American tv films and made guest appearances in various tv series, such as Bonanza, in 1963, Magnum P.I., in 1981, and Fame, in 1982. Her big screen comeback was the 1988 film One Hell of a Guy, in which she appeared opposite Rob Lowe. This was her final film role.

In her later years Signe Hasso was active as an author, poet, composer and lyric composer. She also translated Swedish folk tunes into English. Since childhood Signe Hasse had always had a facility for both the spoken and the written word. She sold her first story when she was 8 years old. Her first novel, called Momo, was released in 1977 and it told the story of growing up in Stockholm during the interwar period. A handful of books followed, including Kom slot and Sjunde dagen, as well as the poetry collection entitled Reflectively Yours –Signe Hasso. During the 1988-1990 period she published her 3-volume memoirs, she had written rhymes since she was 6 years old. Amongst other things she wrote lyrics and music for Alice Babs, and translated bits of her repertoire into English and German. Signe Hasso also released her own albums, and her second album – Where the Sun Meets the Moon – from 1979 comprises her interpretations of Swedish folk tunes. In an interview she did towards the end of her life Signe Hasso claimed that she would rather be remembered for her prose and her poetry than for her acting.

Signe Hasso was awarded the theatre association’s Anders de Wahl stipend in 1935 and in 1939 she was the first recipient of the Nordic Gösta Ekman prize. In 1972 she became a member of the Order of the Vasa and in 1982 she was appointed Swedish-American of the year by the Vasa Order of America. Signe Hasso belongs to the small exclusive corps of Swedish artists who have been honoured with a star on the Hollywood Walk of Fame. She had been a major Swedish film star during the latter years of the 1930s. At that time she was one of the corps of actors who brought a new, fresh look to Swedish cinema whilst also being one of the most obviously brilliant young stars of the stage. Signe Hasso embodied an ideal of that era, namely that of an emancipated woman who was also cool and sensitive, and amazingly expressive.

Signe Hasso died in Los Angeles in 2002. She is buried at the Norra cemetery in Solna. 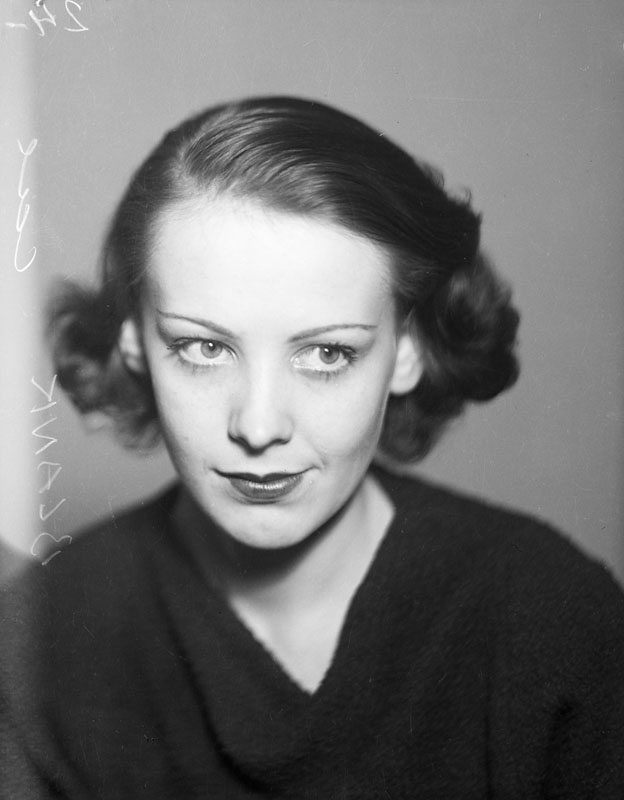