Sigrid Beckman was a legal practitioner who was one of Sweden’s first female lawyers.

Sigrid Beckman was born in Råda, Värmland in 1899. Her parents were Anders Lorenz Karlsson, a manufacturer, and Lovisa Katarina Karlsson née Söderström. The family also included Sigrid Beckman’s sister Greta Katarina, later married as Forsberg, who was eight years her junior. Sigrid Beckman spent most of her childhood in her mother’s hometown of Eskilstuna, where she attended girls’ school. She subsequently continued her education in Stockholm. Whilst working as an office assistant at Socialstyrelsen (board of health and welfare) Sigrid Beckman gained her school-leaving certificate as a private student and then began to study law at Stockholm college. In 1924 she gained her Bachelor of Laws degree.

After gaining her degree Sigrid Beckman spent 1925–1926 performing her civil service in the Köping courts. She then returned to Stockholm where she took up a post as notary at Eva Andén’s Advokatbyrå (solicitor's office). Eva Andén was the third woman in Sweden to have gained her Bachelor of Laws and the first woman to join the Swedish Bar Association. She was the genuine epitome of a pioneer. Many of the newly-qualified female legal practitioners in the Stockholm area gained their first employment in her company and then went on to open their own legal enterprises. This was also the case with Sigrid Beckman. After a four-year stint working for Eva Andén Sigrid Beckman opened her own lawyer’s office in Stockholm in 1930. That same year she became the ninth female member of the Swedish Bar Association. Sigrid Beckman ran her lawyer’s office until her retirement in 1978 and, just like Eva Andén before her, she proved to be a role model for younger female legal practitioners and lawyers.

Like many of the other female lawyers of the first half of the twentieth century Sigrid Beckman specialised in family law. During an interview she gave to the Svenska Dagbladet newspaper in 1934 she was asked whether it wasn’t wearing to work with exhausting divorce cases and the like. Sigrid Beckman responded that sometimes the work could indeed be heavy but that she dealt with it by seeking to retain “a warm human attitude, nerves of steel, and a heart of stone, albeit not for its hardness but for its durability”.

Sigrid Beckman’s comprehensive practical involvement in and experience of family law meant that she was often appointed as an expert in family law in inquiries commissioned to prepare new legislation. For example, she was involved in the 1949–1951 inquiry into the reform of the marriage code and she was also a member of the family law committee of 1957–1964. Sigrid Beckman also wrote several books and legal commentaries on inheritance and wills, namely her fields of expertise, as well as on subjects including marriage and probate investigations. She also gave talks presented on the radio and frequently wrote articles on legal matters which were printed in the daily press, particularly issues involving marriages and divorces.

Sigrid Beckman died in 1989, aged 90. She is buried in the family grave which also holds her husband and one of her sons. It is located at Norra begravningsplatsen (the Northern cemetery) in Solna. 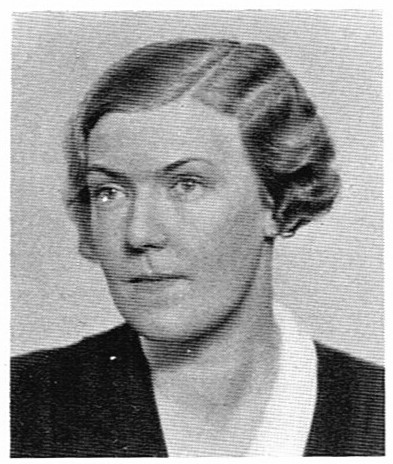