Sigrid Kruse was a teacher, writer and lecturer on women’s suffrage around the turn of the century 1900. She was also a member of the town council in Karlskrona from 1912.

Sigrid Kruse was born in 1867 on a farm near Norra Mellby in the southern Swedish province of Skåne, the daughter of Frans Oskar Kruse, a landowner, and his wife Anna Maria Mathilda. The Kruse couple had six children. The eldest daughter, Mathilda, made her debut as an author in the 1880s. Her first novels and short stories, under the pseudonym Stella Kleve, created a literary scandal on account of their modernity. She married Peter Malling, a Dane, and moved with him to Denmark where they started a family. Mathilda Malling was as far as is known the only one of the six Kruse children to marry and have children. During Mathilda Malling’s dramatic literary period in 1884—1888, Sigrid Kruse left her childhood home to train as a teacher at the teacher training college in Kalmar. After that, she dedicated her entire professional life to teaching in Karlskrona. Sigrid Kruse lived with her sister Ester Kruse who was a few years younger and a domestic science teacher, also in Karlskrona.

Sigrid Kruse also had books published, but not modern novels like her older sister. Her authorship was instead dedicated to books for children and young people, like Från vår storhetstid: historiska berättelser för ungdom in 1900, Ur medeltidens stjärnenatt: berättelser för barn och ungdom in 1902, Grannarna in 1909, and Dramatiska bagateller in 1913.

Sigrid Kruse also wrote articles in magazines like Idun and Rösträtt för kvinnor. They might be portraits of women in the votes-for-women struggle, or articles on votes-for-women travels, for example in the county of Jönköping, or comments on the suffrage or the temperance issues. She wrote longer texts that were published separately as brochures, like Kvinnan och samhällsarbetet in 1905 and När kvinnorna sakna rösträtt in 1913. The same year, she published yet another brochure or flyer as it was called: Varför böra de svenska kvinnorna skriva sina namn på L.K.P.R:s opinionslistor? In it she listed the arguments for why women should have the right to vote, for example that women had to obey the same laws as men and for example pay tax for their incomes. Since women did not have citizens’ rights, they had no influence over the tax they had to pay.

The struggle for the right to vote and her teaching work took up most of Sigrid Kruse’s time and engagement. It was she who started the local suffrage association in Karlskrona in 1904, in connection with a meeting at the girls’ grammar school, her place of work. Gulli Petrini, who was then living in Växjö, was often invited to participate as a speaker. It was important to cooperate with other local associations to organise meetings and take care of invited guests — in this way, Sigrid Kruse and Augusta Tonning, chairwoman in Ronneby, were able to help each other to invite speakers who drew the public.

At the first great suffrage meeting held in Stockholm in 1909, Sigrid Kruse was on the list of speakers and on that occasion she spoke on the temperance issue — according to her, women’s suffrage and temperance were linked. She also stood for the liberals in the local elections in Karlskrona. In 1912 she was elected, at a time when women had to be prepared to battle on many local fronts. She kept this assignment until 1926, when she retired both as a teacher and as a town councillor.

Sigrid and Ester Kruse finally left Karlskrona and settled in 1930 in the villa in Vrigstad in Småland that they had had built as a summer residence. When Sigrid Kruse died at the age of 83, none of her siblings was still alive, but a comrade from the suffrage movement, Ebba Hultqvist, thanked her with words of remembrance in Sölvesborgstidningen for her valuable contributions during the suffrage struggle. Sigrid Kruse lies buried in the North Mellby Cemetery. 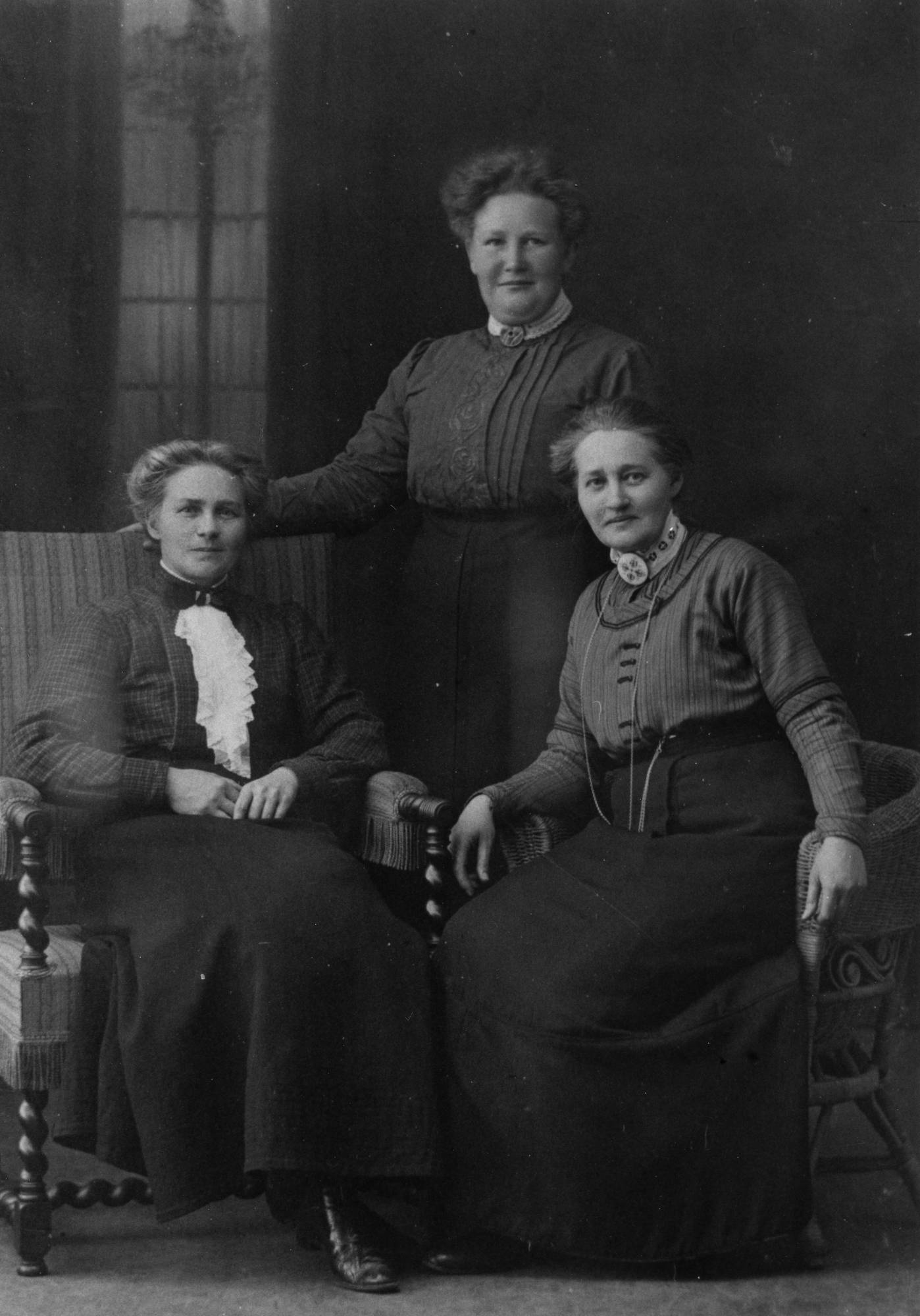