Siri Berg was an artist with abstract painting as her speciality.

Siri Berg was born in Djursholm in Stockholm in 1921. Her family was Jewish and she was the only child of Henia Schlossman, née Gassler, from Poland and her husband Arthur Schlossman from Germany. Her father was a wholesale merchant and factory manager who started his own company in 1914 to import textiles.

When she was growing up, Siri Berg also lived in Prague and Brussels. In Brussels, she completed her university studies in art and architecture. In 1940, at the age of 19, she travelled on a cargo ship from Norway to Baltimore and took the bus from there to New York where she was met by a paternal aunt. Her mother had advised against the journey while her father had approved of it with consideration to the situation of the Jews in second-world-war Europe. Shortly afterwards, her parents emigrated to the USA as well. In New York, Arthur Schlossmann and two others started an import company for Swedish furniture, Swedish Modern Inc, the managing director of which he became.

In New York, Siri Berg worked in fashion and interior decoration for among others the department store Franklin Simon but also for private persons. She also studied at graphic design at the Pratt Graphic Art Center. She married twice and had two sons. In her thirties, she started painting and used their home’s large bedroom as her atelier and after that their eldest son’s room when he left home for college. In 1981, Siri Berg moved to a studio in Soho on Manhattan where she continued to live and work.

1970 was the year of Siri Berg’s first separate exhibition at the East Hampton Gallery in New York. She exhibited the work La Ronde inspired by Schitzler’s theatre play Reigen (Ring Game). The theatre play investigated various loving couples’ sexual morality and class perspective in ten scenes. Siri Berg, who was fascinated by the figure seven, only painted seven of them, with meetings and happenings between circles of demarcating colours. Circles are recurrent, whole or divided, in her total artistic production.

Siri Berg painted abstracts since the abstract offered a challenge not presented by reality: “I do not want to make my life into a copy or to reproduce reality”, as Siri Berg said in an interview for Nordstjernan in 2018. With a canvas or in a project, she lost herself in her creativity from within herself and outwards, rather than the opposite. She was a member of the American Abstract Artists founded by the German-American artist Josef Albers, who through his teaching work and the book Interaction of Color from 1963 acquired great significance for many artists, including Siri Berg. She experimented with colour, monochrome or with nuances and shades, during the whole of her life as an artist, and she often painted in series. Her colour scale was reduced to nine colours. She was a teacher for thirty years in colour theory at Parsons School of Design and stopped working there only when she was 91 years of age.

Siri Berg had seven solo exhibitions during the 1970s in New York. Her paintings from the 1970s entitled Aspects of the Circle were exhibited by her in 1980 at the Ward-Nasse Gallery in Soho with titles like Black Series and Four Elements Series, the latter now in the Guggenheim Museum’s collections. In 1984, she showed assemblage for the first time in the exhibition The Geometric Angle in Sculpture at Martin Molinary Art and Design. The new works with rounded suction cups, painted and unpainted, mounted on wooden panels and presented in plexiglass boxes were called by Environmental Boxes. She was more and more interested in sculpture and inserted industrial objects like floppy discs, CD-Roms and so on into geometrical forms. Her collages often have elements of woodcut.

In 2000–2018, Siri Berg exhibited diligently, either separately or as one of a group. She showed It’s All About Color for the first time in 2011 at the artist-run gallery Painting Center in New York. It consisted of two series of nine canvases each. One was a series with cold and one with warm colours, in which she created a spectrum with a calibration of the colours. In 2012, she chose to show her black-and-white paintings from 1976–1981 at Hionas Art Gallery in New York. Peter Hionas continued to be her gallery owner and was the curator for three retrospective exhibitions later on. The first, In Color was shown in 2017 at the Fiterman Art Center in New York. After the exhibitions, Sara Jegeman filmed Siri Berg working in her atelier in Soho. We see how she mixed colours and calibrated them, and how the colours change in our perception according to which other colours are beside them. The documentary film Siri Berg. Ett liv i färg was broadcast on Sveriges Television in November 2020.

Siri Berg exhibited in several countries both separately and in groups. In Sweden, where she had friends among whom were some collectors, she had links at the beginning of the 1990s with Galleri Konkret Tendens and she had a separate exhibition at the gallery in Stockholm in 1992. The Hallwylska Museum showed about twenty paintings in 2000. At Konstnärshuset in Stockholm her work was shown in 2003. When the organisation SWEA (Swedish Women’s Educational Association International) celebrated its twenty-fifth jubilee in 2004, Siri Berg participated in the jubilee exhibition at Millesgården, also in Stockholm. Embrace was the title of an exhibition at Utvandrarnas hus in Växjö in 2011–2012 where Siri Berg was one of the exhibitors. In Linköping and Norrköping, her art was exhibited at Galleri Sander in 2015. The exhibition Siri Berg – Ett liv i färg was her second retrospective exhibition and it was shown at Bonniers konsthall in Stockholm in May-June 2018. The exhibition was small and concentrated to paintings from the 1970s. According to the critic from om konst, it was “interesting in its pedagogical explicitness of the poetic form problems to which fastidious abstract painters often dedicate themselves”. The critic on the major daily newspaper Svenska Dagbladet appreciated her strictly monochrome painting in both a minimalist and constructivist spirit. Particularly Bottom circle from 1970, in which the artist with small resources achieves “multi-facetted dynamics. It is like in a balance act in which the various formal elements are changeable and the planes of the image seem to change place.”

The materiality of the paintings is emphasised as an important expression in Siri Berg’s work. The third and final retrospective exhibition Statements was shown during the spring of 2019 at House of Sweden at the Swedish Embassy in Washington. The critic from Washington Post found her circles “hard-edged and crisply defined” and also found a playfulness in the work Mouseballs; a line of six dissected computer mice subtly painted in different grey scales. At the beginning of that same year, Siri Berg had collaborated in the group exhibition Continuity to Change: Recent History of American Abstraction at Tower Fine Arts Gallery in Brockport, New York. 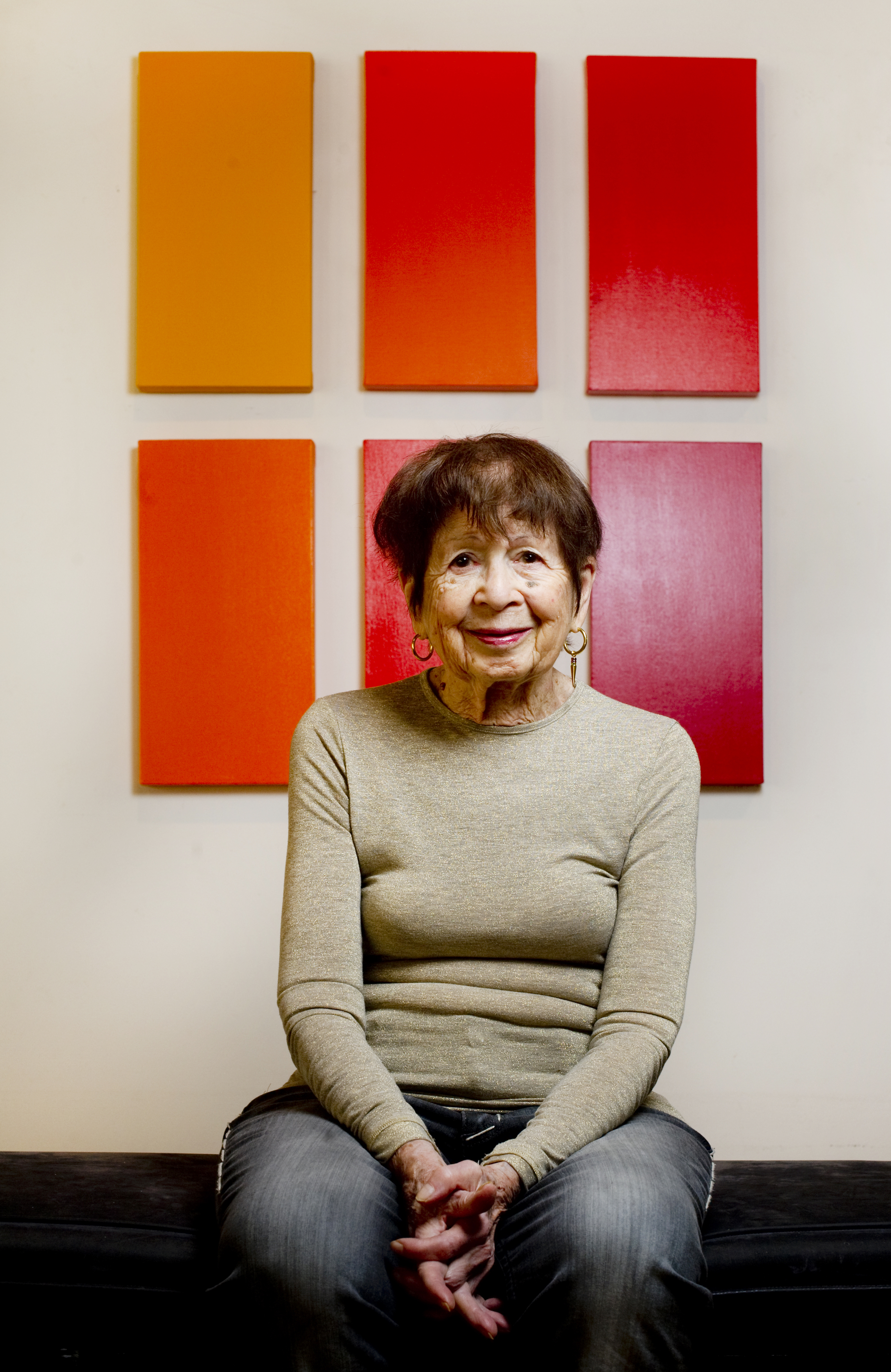