Francisca Stading was a German-Swedish opera singer and actor who was active during the late 1700s and early 1800s. She was one of three foreign-born sopranos, including Lovisa Augusti and Carolina Müller, who were associated with Kongliga Svenska Operan (now Kungliga Operan, royal opera) during the 1770s. In 1778 she was elected into the Royal Swedish Academy of Music as a Swedish member, and was appointed as singer to the royal court.

Little is known of Francisca Stading’s origins, her date of birth or her childhood, which was probably spent in Berlin. The only definitive information is that she was aged ten on her arrival in Sweden in 1773 and thus must have been born in 1763. It has been implied that she may have been related to Friedrich Benedict Augusti’s German father. The claim that Francisca Stading was a step-daughter of Johann Nepomuk Hummel seems unlikely because this would mean that the opera singer Elisabeth Röckerl would have been her mother and thirty years younger than her daughter. Another claim, that she took singing lessons from the celebrated Gertrud Elisabeth Schmeling-Mara does not seem likely either given that these lessons would have had to occur after Schmeling-Mara had returned from her own study period in Leipzig and before her supposed student had left for Sweden. The known facts are that Francisca Stading, having trained at Kungliga Operan, was subsequently employed at the opera from 1779 until 1806. After she retired she appears to have stayed in Sweden for a time before settling in Dresden.

What is remarkable about Francisca Stading is that she has not left the least trace of herself despite having spent almost four decades in Sweden. That is, no trace of friendships or love affairs or scandals of any kind. Her name only appears twice in any census records, which reveal that she lived in the Kungliga Operahuset area of Stockholm in October 1791. This was a month during which no operas were performed, although comedies were produced at Bollhuset. According to another census record she was living in a newly-built building in the Trollhättan area of Stockholm on 4 December 1798. This is the same part of town which is currently occupied by Gallerian at Hamngatan. However, the following year she had already moved to another area for which the census records are lost.

Upon studying the list of the sixteen documented productions in which Francisca Stading performed it seems that she achieved somewhat of a career peak when appearing in George Joseph Vogler’s Gustaf Adolph och Ebba Brahe, the opera “reviewed” by King Gustaf III. She sang the part of Ebba Brahe – a role she repeated on 32 occasions. Francisca Stading’s professional life had a humble start beginning with her debut performance in the part of Myris, an unimportant role in Pierre-Alexander Monsigny’s opéra-comique which was first performed at Drottningholmsteatern in 1779. This performance was later reprised at Bollhuset on 30 January 1780. Her next appearance was as Belise, performed 26 times, in Niccolò Bellini’s opera Roland, also at Bollhuset, where it premiered on 10 December 1781. At the opening of the Gustavian operahouse on 30 September 1782 it was Francisca Stading who sang one of the leading roles, as Cora in Johann Gottlieb Naumann’s opera Cora och Alonzo. The opera ran for 46 nights, directed by the composer himself. Francisca Stading followed this up by singing the part of Sangaride in Niccolò Piccolomini’s opera Atis in 1784. She performed as Margareta Wasa in Naumann’s lyrical tragedy Gustaf Wasa in 1786 for no less than 123 nights. There may be cultural-political reasons for both the success of that production and the lukewarm reception of the subsequent all-night opera in which Francisca Stading sang the part of Frigga nine times in Olof Åhlström’s one-act opera Frigga. She also sang the lead role in Johann Christian Friedrich Haeffner’s opera Electra* ten times. Both of these productions occurred in 1787.

Following Francisca Stading’s appearance in Vogler’s lyrical drama in 1788 one could say that her descent from Parnassus as a singer began. This decline was gradual, beginning with involvement in the opéra-comique genre, which contained a lot of dialogue in between the songs. Francisca Stading played Ingrid in Nicolas Dalayrac’s Azéma in 1793, the title role in Rodolphe Kreutzer’s Lodoiska in 1795 and Charlotte in Dalayrac’s Renaud d’Ast in 1796. Her one-night-only performance as Edonis in Haeffner’s one-act opera Alcides inträde i världen, on 1 November 1793 and a one-night appearance as Anais in André Gretry’s lyrical play Anacreon på Samos, performed on 18 June 1803, both served as reminders of her former career as purely an opera singer. After that her appearances largely involved spoken theatre productions: Babet in Jean Paul Ègide Martini’s comedy Den unga burden, which ran for three performances in 1799, and Maria in Carl Gustaf Nordfors’ play Torparen, performed four times at Arsenalsteatern in September 1803. Francisca Stading was notably absent when Joseph Martin Kraus, the royal director of music, conducted the mourning music at the funeral of King Gustaf III in 1792. She did not appear at the memorial concert for Kraus in 1798 either. The closing down of Operan in 1806 on the orders of King Gustaf IV Adolf took on a symbolic nature for Francisca Stading, as it brought an end to her life’s work which deserves better representation in the sources.

Francisca Stading died in Dresden in 1836 having spent her final years in that city. 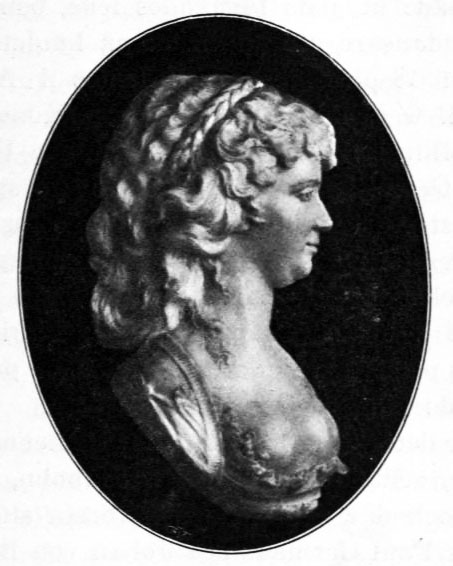