Sofia of Nassau was a queen of both Sweden and Norway. She was one of the leading philanthropists of the late 1800s, right up until her death in 1913. Her activism within and on behalf of matters regarding healthcare provision, in particular the training of nurses, culminated in the establishment of Sophiasystrarna (Sophia sisters) as well as the Sophiahemmet hospital in Stockholm.

Princess Sofia of Nassau was born in 1836. She grew up at Biebrich castle in southwest Germany. Her parents were Princess Pauline of Württemberg and Duke Wilhelm of Nassau. Her father died when she was only three years old, leaving behind a large family. Sofia of Nassau grew up alongside her ten siblings, eight of whom were from her father’s first marriage to Charlotte Louise of Sachsen-Altenburg. As was the norm for the time Sofia of Nassau and her siblings were all privately educated by tutors. Sofia of Nassau’s mother died just before her 20th birthday and so she went to live with her married sister, the princess of Wied. It was while living with her sister that Sofia of Nassau met Oscar, the Swedish prince, in the summer of 1856. Within a year they were engaged and married, at which point Oscar had become duke of Östergötland. A year after their wedding in Germany on 6 June Sofia of Nassau received the title of duchess.

When the ducal couple arrived in Stockholm on 19 June Sofia was wearing a blue dress bedecked in swan feathers, which gave rise to her nickname of “the blue duchess”. The couple settled at Gustav Adolf’s square in the Arvfursten palace. Their first son, Crown Prince Gustaf (later King Gustaf V), was born in 1858. Over the course of the ensuing seven years the couple had another three children: Oscar in 1859, Carl in 1861, and Eugen in 1865.

King Karl XV died in September 1872 with the result that Oscar and his wife Sofia became not only King Oscar II and Queen Sophia of Sweden, but of Norway as well. They remained regents of both kingdoms until the union was dissolved in 1905. The coronation ceremony was held in two stages: the first part occurred in May 1873 in Storkyrkan in Stockholm, whilst the second part took place in July in Trondheim cathedral.

Sofia was able to develop her philanthropic interests within the sphere of healthcare provision as a result of her social standing. She has been described as a resolute woman who was clear-minded and practical in her approach. She had studied and learned both Swedish and Norwegian before she even arrived in Sweden as a newly-wed. She was very well-read and kept herself abreast of world events, political developments, and social issues through newspapers. Sofia was also active within the church revivalist movement which was beginning to take hold among the upper classes of Stockholm society during the second half of the 1870s. In Stockholm this movement was led by Sofia’s chaplain, Gustaf Emanuel Beskow (the father of Elisabeth Beskow), who was the founder of and ran the Beskow school. Following Sofia’s wishes all four of the princes attended that school. The princes’ classmates included well-known names such as Hjalmar Branting and Sven Hedin. When the royal children were growing up the family used to spend a lot of time in their new home, Sofiero, near Helsingborg. The originally single-floor building was extended by the royal couple to encompass an additional floor and a tower. Sofia and her children spent many summers there, enjoying a fairly basic lifestyle compared to their courtly life in Stockholm. At Sofiero the Swedish royal family also socialised with the Danish royal family.

The queen was also a supporter of other innovations, such as the new form of healthcare represented by Florence Nightingale, whose concepts and knowledge were being disseminated throughout Europe from London. The queen took a particular interest in these matters given that both she and her son Carl had suffered serious illness. This led to the nurses’ training programme undergoing a modernisation process in Sweden. In January 1884 the nurses’ home in Stockholm was opened and the first four nurses housed there were funded by Sofia herself. In the ensuing years developments in nurses’ training and work faced strong opposition from the established healthcare system and from the corps of male doctors. Six years later the nurses’ home was renamed Sophiahemmet. Both the king and the queen had contributed financially to its construction and their letter of donation affirmed, amongst other things, that the hospital was to both provide modern care to those who were ill irrespective of social class and serve as a fundamental training institute for students of nursing. Sofia served as the chair of the board, albeit it was the king who formally opened Sophiahemmet. Gustaf Emanuel Beskow also served as chaplain to Sophiahemmet.

Sofia enjoyed visiting Norway and she often accompanied King Oscar II on his trips there. She was well-liked by the Norwegian population and also undertook efforts in that country on behalf of the needy and unwell. In Kristiania (modern-day Oslo) she contributed to the establishment of Sophies Minde, a care and employment facility which served those who were physically challenged. When debates on the dissolution of the union between the two kingdoms became heated Sofia encouraged the populations of both to seek peace and reconciliation. The queen’s influence on and advice to her husband and to Crown Prince Gustaf is believed to, at least in part, have enabled the peaceful dissolution of the union which made Norway an independent kingdom in 1905.

On the death of King Oscar II in 1907 Sofia became the queen dowager and her son Gustaf acceded to the Swedish throne as King Gustaf V. She maintained her official duties and her heavy involvement in Sophiahemmet. Sophia of Nassau died on 30 December 1913, having succumbed to a lung infection. However, she had remained actively engaged in the sphere of nurses’ training until the end. On 3 December she attended a ceremony – which had been moved to the royal palace in deference to the queen’s poor health – at which she awarded memorial pins to nurses in recognition of their 25 years of service whilst also handing out brooches to 15 newly-enrolled Sophia sisters, including her own granddaughter Maria.

Queen Sophia was buried in Riddarkyrkan in Stockholm on 8 January 1914. 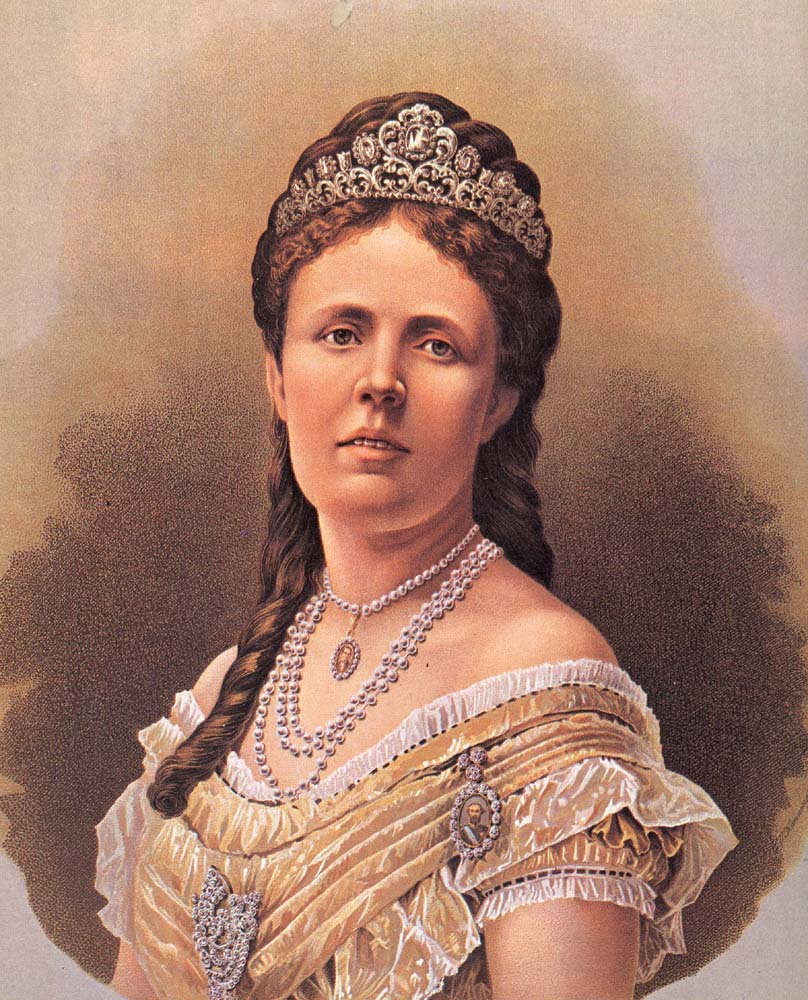