Solveig Hedengran was a much-loved actor who was active during the first half of the twentieth century.

Solveig Hedengran was the daughter of Jacob Hedengran, a stockbroker, and his wife Astrid, née Svedlund, and she was born in Stockholm in 1910. She had an older brother named James. Their father died in 1913 and their mother married a second time, to August Strindberg’s nephew, Henry von Philp. Another child was born in this second marriage, a boy named Clarence. Solveig Hedengran was thus born into Stockholm’s theatre world given that her mother’s side of the family included actors and singers.

Having completed girls’ school Solveig Hedengran then attended Dramaten’s theatre school from 1929, where Stig Järrel and Georg Rydeberg were some of her classmates and one of their instructors was Hilda Borgström. Solveig Hedengran was the star pupil of the period of 1931–1932. She also undertook theatre studies in Germany and in France.

Solveig Hedengran had already made her silver screen debut at the age of nine, appearing in John W. Brunius’ film adaptation of Bjørnstjerne Bjørnson’s Synnöve Solbakken. She played the title character as a child (portrayed in adulthood by Karin Molander). Solveig Hedengran thus became one of the first child film stars in Sweden. In 1934 she also appeared in Tancred Ibsen’s film adaptation of the same story, albeit not in the title role, but as Torbjörn’s sister Ingrid Granliden.

Solveig Hedengran was already somewhat familiar with the stage when she made her actual theatrical debut in 1930, appearing in the play Ungkarlspappan at Dramaten. Until 1933 she worked fulltime at Dramaten once she had completed her training. She then worked at various Stockholm theatres, including Blancheteatern, Vasateatern, Södra teatern and Skansen friluftsteater (open-air stage). Further she also performed at theatres throughout Sweden, and toured with the likes of Riksteatern.

Notable Solveig Hedengran stage performances include Louison in The Imaginary Invalid at Dramaten in 1930, Amanda Westling in Dunungen at Skansen friluftsteater, and Isabella in The Pickwick Papers at Dramaten, both in 1931. She also portrayed Edelgard in Flickor i uniform at Blancheteatern in 1934, Porlande Källa in En dotter av Kina again at Blancheteatern in 1936, Lise in Maxwell Anderson’s High Tor with Riksteatern in 1939, and Kitty Verdun in Charley’s Aunt at Södra teatern in 1940. She played the role of Josephine in Lille Napoleon with Max Hansen during the Vasateatern tour and Lisbeth Drake in Väninnor at Blancheteatern, both in 1942. She also played the part of Patricia Graham in Terrence Rattigan’s Flare Path, touring with Riksteatern, and Éliante in Le Misanthrope at Nya teatern, both in 1944. One of her final stage roles was in Peter Blackmore’s comedy Miranda which toured with Programbolaget in 1951 and in which she performed together with George Fant and others. This successful production was a Swedish premiere for the play. Although Solveig Hedengran was a shy and retiring person the desire to be on the stage and be transformed, to share and to expose something that she was deep inside herself, felt like a calling. To spend a few hours in a role and give her all to the art of theatre made her happy and left her feeling in her element.

Solveig Hedengran acted in around 30 films, of which the early ones included Ådalens poesi from 1928, and Rågens rike in 1929. During the 1930s she was in Bröderna Östermans huskors in 1932, Skärgårdsflirt in 1935, Laila in 1937, Kamrater i vapenrocken in 1938, as well as Melodin från Gamla Stan and Mot nya tider, both from 1939. During the 1940s she appeared in Swing it, magistern! in 1940, En trallande jänta and Tre glada tokar, both from 1942, Barnen från Frostmofjället in 1945, Mästerdetektiven Blomkvist in 1947, and Kärleken segrar in 1949. During the first half of the 1950s she acted in Två trappor över gården in 1950, Mästerdetektiven och Rasmus and All jordens fröjd, both in 1953, Café Lunchrasten in 1954, and Flickan i regnet in 1955. She also appeared in a German silent film in 1927 called Deutsche Frauen – Deutsche Treue, directed by Wolfgang Neff. Although Hollywood beckoned Solveig Hedengran opted, as a single mother, to prioritise her family.

Solveig Hedengran was often called on to read lyrical and prose works on the radio and on several stages for various productions. She became known for her sensitive readings, delivered with single-minded determination. She also performed fairy tales and children’s rhymes on various radio programmes, some of which were put to music by Alice Tegnér who also accompanied her. Solveig Hedengran, along with a series of the public’s favourite stars, also appeared in the first generation of ‘husmor’ films (infomercials aimed at housewives) during the early 1950s.

Solveig Hedengran was also the first woman to be selected as the Stockholm Lucia (annual celebration of Saint Lucia). The Stockholms Dagblad newspaper, which launched the idea, put together a panel who crowned her as Lucia in 1928, following a competition involving 200 other girls. As Lucia she was transported in a four-tiered carriage in a cortège throughout the city’s “cityring”, accompanied by heralds, brownies, “stjärngossar” (choir boys carrying and wearing star-bedecked gear), “tärnor” (Lucia’s handmaidens/choir girls), torchbearers, and a band. The Lucia parade was attended by around 100,000 Stockholm residents, who lined the streets along the route which began and ended in Kungsträdgården (a central park in downtown Stockholm). This was followed by a Lucia-banquet held at Atlantic restaurant, where the deputy chair of Stockholm city council congratulated her. Throughout the month of December Solveig Hedengran went on to appear as Lucia at several other events.

Solveig Hedengran was also heavily involved in humanitarian aid work and contributed in various ways towards helping those in need, both privately and in a more organised manner. She was one of Sweden’s very first artists to perform for the military and she was a member of the country’s first theatre ensemble formed to perform at military camps throughout Sweden in January 1940. The instigator for this was Svenska teaterförbundet (now Fackförbundet Film och Scen, Swedish Union for Performing Arts and Film), under leadership of director Per-Axel Branner. This ensemble also included Gudrun Brost, Artur Rolén, and Lille-Bror Söderlundh. After the end of the Second World War Solveig Hedengran travelled to Germany with the Red Cross to assist with handing out food to starving children. Her final stage appearance happened to be a Red Cross play performed in Kungsträdgården in the summer of 1953.

Solveig Hedengran possessed a gentle, bright, and warm charisma. She often played pure- and tender-hearted women. She possessed a natural and lowkey acting style whilst also displaying an early proclivity for speaking naturally on screen when this was still something that was far from usual. Her acting was both humble yet refined, she conveyed a sense of authenticity and was versatile in her talents. Solveig Hedengran was considered to be a promising actor and was already predicted to have a brilliant career as a young trainee. Although her poor health somewhat held her back, she still managed to make many fine and valuable contributions in various contexts.

Solveig Hedengran was married to a dentist named Folke Öfverholm from 1936 until 1943. They had a daughter named Margareta.

Solveig Hedengran died in Stockholm in 1956. She is buried at the Gustav Vasa columbarium in Stockholm. 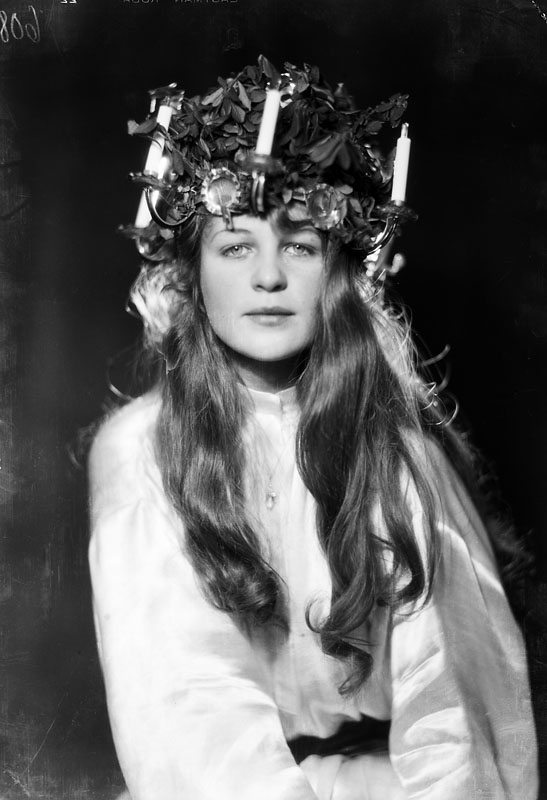