Sophie von Fersen, married as Piper, has become notorious as Axel von Fersen the younger’s sister who was accused, along with him, of being involved in the death of Karl August, heir to the Swedish throne. She is also known for being the addressee of Queen Hedvig Elisabet Charlotta’s notes on court life, later known as “Hedvig Elisabeth Charlotta’s diary”. It is less well-known that she had a prominent position in Swedish political life around the turn of the nineteenth century.

Sophie von Fersen was born in Stockholm in 1757 and was the third child and youngest daughter of Count Axel von Fersen the elder and his wife Countess Hedvig Catharina De la Gardie. She received what was then the usual homeschooling by governesses in French, literature, music, drawing and bookkeeping. Sophie von Fersen was described by her contemporaries as extraordinarily beautiful but shy and reserved, which was sometimes perceived as aloofness.

Her friendship with the future queen began in 1774 when Sophie von Fersen accompanied her mother to Wismar in order to bring the then 15-year-old Hedvig Elisabeth Charlotta back to Sweden after her marriage to Prince Karl, the younger brother of Gustav III. Sophie von Fersen’s mother had asked Gustav III for permission to take her daughter with her in order to hinder what would have been a compromising love affair between Sophie and the king’s other brother, Prince Adolf Fredrik. That prince had proposed to Sophie von Fersen in January 1774 but her father had opposed the marriage despite obvious mutual feelings between the couple. The reason for this rejection may have been his personal financial circumstances or a desire to remain politically independent from the royal family. Instead Sophie von Fersen was married off to Adolf Ludvig Piper in a union which brought together wealth and exclusive noble lineages. Sophie von Fersen gave birth to five children in a seven-year period, two of which were twins. After the birth of her youngest son in 1785 Sophie came to live an independent life at the court while her husband took care of the children, their household and properties in Ängsö outside of Västerås.

In 1786 she was appointed to the desirable role of Hedvig Elisabeth Charlotta’s lady-in-waiting. Her role, one of the most important positions a woman could hold at the time, was similar to that of an administrative head in a company and gave her direct access to the royal family. She thereby had better chances of promoting relatives and protégées at the Swedish court. In 1800 Sophie von Fersen resigned from her employment at the court and became her unmarried brother Axel von Fersen’s housekeeper. They lived together at the Fersen palace in Stockholm while he served as marshal of the realm, and spent their summers at their property in Löfstad.

Sophie von Fersen spent her entire life in the most elevated political and diplomatic European circles. She undertook several long visits to the continent and was an avid correspondent. Her era was marked by the French revolution and the Napoleonic wars, in regard to both of which Sophie von Fersen maintained a conservative view, dedicated to strong monarchies and opposed to parliamentarianism. This stance became problematic for her after 1800. The lifestyles and powerful connections of Sophie von Fersen and her brother Axel von Fersen the younger turned them into symbols of an obsolete ruling class which impeded change. Following the rise of a new political faction through the change of government in 1809 the press initiated a virulent smear campaign against the pro-Gustavian siblings. The message was that they had sought to remove Karl III’s adopted Danish son Karl August, who had died suddenly just a few months after arriving in Sweden in 1810. The background to this smear was the couple’s alleged attempt to strengthen the Gustavian dynasty through Gustav IV Adolf. Having lost Finland to Russia after the 1808-1809 war, Gustav IV Adolf was deposed and Karl XIII became king in his place. As the new monarchs were childless Karl August had been chosen to inherit the throne, thereby jeopardizing Axel von Fersen the younger’s influence at the court. Queen Hedvig Elisabeth Charlotta’s circle, which included Sophie von Fersen, had tried to overturn the new form of government of 1809 through a coup which was to be led by Karl XIII. During the Stockholm funeral parade for Karl August on 20 June 1810, in which Axel von Fersen the younger participated as a courtier, he was lynched and killed. As soon as Sophie von Fersen heard the news she reacted as though too she was in mortal danger. Removing important paperwork into safekeeping, she disguised herself and fled by boat to relatives in Roslagen. She then spent six months under voluntary arrest at Vaxholm fort and never again returned to her home in Stockholm.

There is a dearth of reliable source material available for those who seek to understand Sophie von Fersen’s political behaviour. Few letters in her own hand have survived. The surviving letters mainly consist of a letter to her brother Axel from 1792 and another to her relative Louise Sprengtporten, née Mörner, probably from the early 1800s. The social circle around the Fersen siblings is marked by silence from around 1806 to 1814, which may reflect that any potentially compromising evidence of political nature was disposed of at the time. Both Sophie von Fersen and her brother were cleared of all charges by the Svea (national) court in 1810 but the surviving fragmentary evidence and statements still imply that they continued supporting Queen Hedvig Elisabeth Charlotta in ways that were seen as objectionable and/or damaging in the wider Stockholm circles.

Sophie von Fersen emerges as a woman of great integrity. A locked chest containing letters from the queen and her friend was first revealed one hundred years after the events. They provide an insight into court life at the turn of the century, in which Sophie von Fersen played a meaningful role, but they do little to facilitate an understanding of her thoughts and experiences. The impression that emerges is of two contradictory contemporary images of Sophie von Fersen: an ideal on the one hand but the subject of virulent accusations on the other, whilst living a complicated political life, full of intrigue.

Sophie von Fersen died in February 1816 and is buried in the family grave at Ljung church, Östergötland. 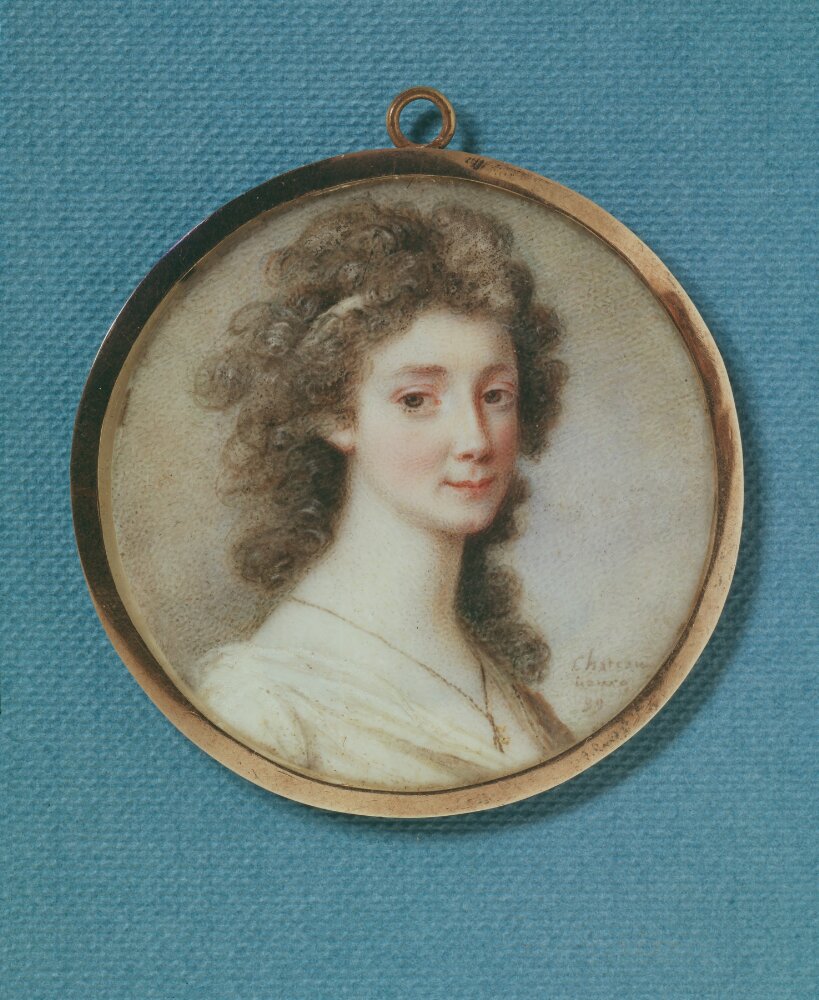