Stina Piper was a Swedish countess and a property-owner. She moved within and lived close to the centre of Swedish power during the second half of the 1700s.

Stina Piper was born in Stockholm in 1734. She grew up in the Piper palace near Munkbron in Stockholm’s Gamla stan (old town) and at Ängsö castle near Västerås. She was the daughter of Count Carl Fredrik Piper, the head of the Kammarkollegium (national legal, financial, and administrative agency), and Countess Ulrika Christina Mörner of Morlanda. She was the second of five children in her family, made up of two girls and three boys. She was raised according to the accepted norms for daughters of the aristocracy, albeit the education she received was neither as broad nor as deep as that enjoyed by her brothers.

When Stina Piper was 20 years old she married Count Erik Brahe, who was 12 years her senior. He was a widower and had four children from his previous marriage. The wedding took place at the Piper-owned manor of Krageholm in Scania on 28 April 1754. Stina Piper’s morning gift from her husband came in the form of Skarhult castle, also in Scania. The Brahe couple thus were among the wealthiest people in the kingdom. Their social circle included the Swedish monarchs, Queen Lovisa Ulrika and King Adolf Fredrik, whose children were playmates of the Brahe children. The Brahe family crest occupied position number 1 at Riddarhuset (the House of Nobility) and when the family was in Stockholm they stayed at the Stenbock palace on the island of Riddarholmen.

Less than a year after the wedding Stina Piper gave birth to a daughter, who only survived eight months before dying from the pox in the early spring of 1756. Six days later one of Stina Piper’s step-daughters died from the same illness, and a few months later two of her step-sons also passed away from the pox. The family tragedy was further compounded by the execution of Count Erik Brahe at Riddarholmstorg on 23 July 1756. He had been found guilty of involvement in the royal couple’s attempt at a coup d’état.

Stina Piper’s entry into public life occurred when she had herself carried through the alleyways of Gamla stan in an attempt to obtain clemency for her husband. Her route was lined by people who were dismayed at her situation. She visited the four parliamentary estates at their respective meeting places but none of them granted her an audience – not even her peers among the nobility in Riddarhuset admitted her. The Brahe family was ruined and Stina Piper, who was also seven months pregnant, remained alone with her nine-year old step-son, Per Brahe. Stina Piper gave birth to a son on 10 October 1756 who was baptised Magnus Fredrik.

Erik Brahe left extensive land holdings behind, including the Uppland properties of Rydboholm, Skokloster, Salsta with Vattholma works, Tuna, and Penningby as well as the Scanian estates of Skarhult and Pugerup. His widow Stina Piper had to assume responsibility for these properties until her sons attained the age of maturity – except for her morning gift of Skarhult which belonged to her alone and which became her main source of income. She also had the support of some of the most notable men in the kingdom who had been appointed guardians to the young Brahe boys.

An essential aspect of Stina Piper’s role as widow was to employ pastors in the four parishes which lay within the Rydboholm, Skokloster, Skarhult and Pugerup estates. Each estate came with the so-called jus patronus which entailed that the right to appoint parsons lay with whoever owned the land.

Erik Brahe had composed a very detailed farewell letter to Stina Piper regarding how she was to manage their properties and farms. With reference to her personal life he recommended that she should lead a retiring life as befitted a widow. She did not fulfil that particular wish. Instead, Stina Piper lived life to the fullest amongst her peers at the court of Lovisa Ulrika and Adolf Frederik. The rococo era did not encourage widowhood and virtuousness. The royal couple tried in various ways to support the family, given that Stina Piper’s husband had paid with his life as a result of their rebellious plans.

Stina Piper, like other wealthy aristocratic women of her era, held salons in her home. After her husband’s execution she had moved out of the Stenbock palace and into a fashionable address at Västra Trädgårdsgatan in Stockholm. There she received both men and women from within her own social circle and was courted by men in a fairly intimate fashion. During the 1760s she embarked on a loose relationship with her cousin, Baron Carl Ribbing, delivering three illegitimate children as a result of their unions. She does not appear to have looked after the children herself as they lived with their father. When Carl Ribbing composed his will at his home in St Petersburg in December 1773 two of his children were living with him there. He was then serving in Swedish diplomatic service. He gave his children the surname of Carlstedt.

Stina Piper remarried in 1773. Her second husband was one of the most prominent figures of the Gustavian era, Ulrik Scheffer, who was ‘kanslipresident’ (head of the chancellery) and privy councillor. He was King Gustav III’s right-hand man for a period of 10 years, allowing Stina Piper to continue enjoying her subsidised lifestyle at the royal court, given that she was the wife of a privy councillor and now Baroness Scheffer, as well as the mother of the surviving Count Brahe. Her step-son Per Brahe had died in 1772. Stina Piper was thus able to enjoy an even more prominent position in regard to Sweden’s centre of power than before. She was next in line after the royal princesses and enjoyed the right to a so-called ‘tabouret’ (stool) at official meals.

Stina Piper had to give up her morning gift of Skarhult when she married Ulrik Scheffer. Both Skarhult and the sizable Brahe collection of properties were transferred to her son Magnus Fredrik Brahe. Until 1784 the Scheffer couple owned and lived in a property on the corner where Drottninggatan, Odens gränd and Klara Östra Kyrkogata met in Stockholm.

In 1783 Stina Piper and her husband withdrew from their social duties in the capital city and settled at Ulrik Scheffer’s landholding of Stora Ek south of Mariestad in Västergötland. In comparison to the vast Brahe properties such as the Stenbock palace, Skokloster, Rydboholm, Skarhult, and Salsta, Stora Ek was quite small but nevertheless desirable. Stina Piper made her presence felt from the gateway onwards. The tall gateposts were crowned by two lions – as they still are today – with one lion bearing the Scheffer coat of arms while the other bore the Piper crest. Stina Piper saw out the last 16 years of her life at Stora Ek. Her life as a lady of the manor in Västergötland was miles away from that of courtly life in Stockholm and her letters to her sister-in-law Sophie von Fersen complain of loneliness and poor health. During the summer months her spirits rose as the Scheffer couple would betake themselves to Medevi where they enjoyed the waters. Twice during their 16 years at Stora Ek they received a visit from the royal couple. King Gustav III came to visit his former head of chancellery Ulrik Scheffer and to attend his wife Baroness Scheffer, née Piper and formerly a Brahe by marriage.

Following the death of Ulrik Scheffer in 1799 Stina Piper returned to Stockholm, although her time there was brief. She died there in January 1800, aged almost 66. 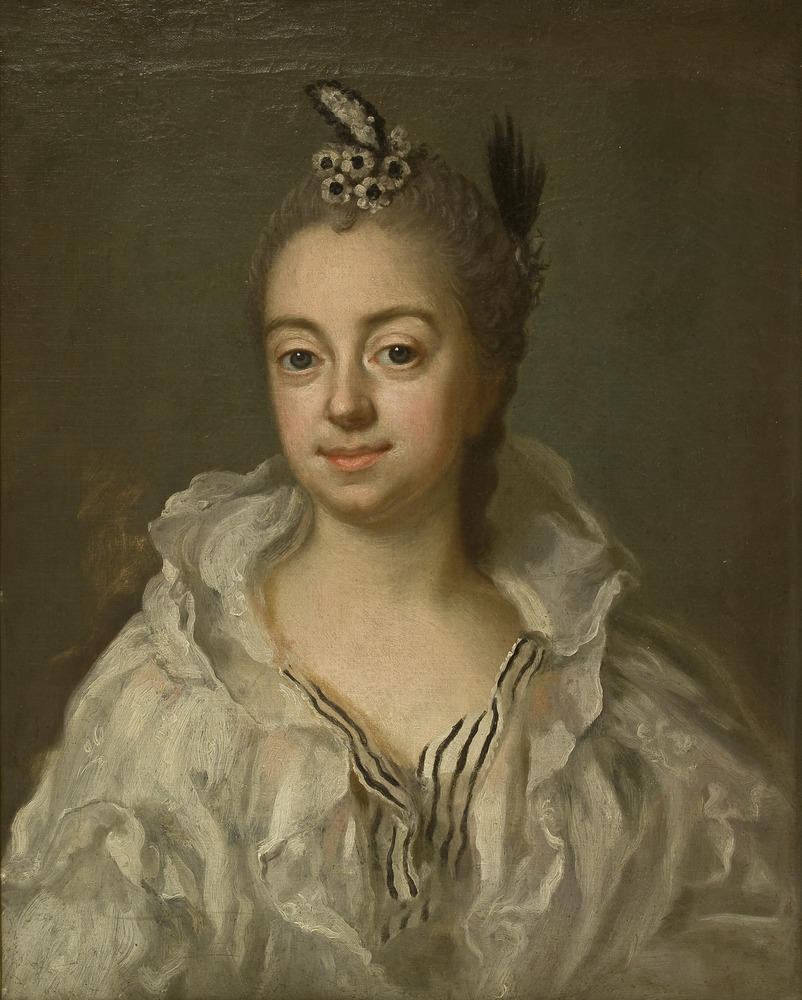