Stina Quint was a teacher, a popular educator, a politician, and a publisher of children’s books. During the 1890s she founded Folkskolans Barntidning, a publication later known as Kamratposten, in order to stimulate an interest in reading amongst Swedish children.

Stina Quint was born in Frillestad, Scania in 1859. She was the daughter of Ola Quint, a soldier within the allotment system, and his wife Elna Kristina. The soldier’s croft which served as her childhood home also housed her four siblings. Two of them died in the Frillestad measles outbreak of 1862. Stina Quint was schooled at the Frillestad public school. During the years of 1874–1875 she undertook further training at Småskollärarinneseminariet (junior school teacher-training programme) at Landskrona. She then spent a year working as a junior school teacher in Scania. She then, from 1876–1879, attended Folkskoleseminariet (the public school teacher training programme) in Stockholm. Once she had completed her training she worked as a school-teacher in Hudiksvall. From 1880 onwards she was employed as a public-school teacher in Nyköping.

Following 15 years working as a teacher she had formed well-developed views on the need for easily accessible reading material – of which there was a serious shortage – to encourage children to read. In the early 1890s she began considering to publish, throughout the school year, her own weekly magazine for public school children. She worked as an ordinary teacher in Arnö near Nyköping and she was also a very active member of the local public-school teacher association. Naturally she made contact with Sveriges Folkskollärarförbund (Swedish public-school teachers’ association) seeking support for her plan. However, the association rejected her idea of a periodic publication aimed at children.

As Stina Quint had worked at the Maria public school in Stockholm she had developed a network of contacts in the capital city. These included Sophie Adlersparre, a well-known writer and representative of the women’s movement who also published Tidskrift för hemmet and Dagny. Sophie Adlersparre’s contribution to Stina Quint’s enterprise involved an appeal to a long series of the most important artists and writers in Sweden by dint of a letter of recommendation on behalf of a future children’s journal. Several of the recipients promised to write for the journal.

Stina Quint realised that in order to generate a wide readership for the journal it was necessary to keep it at an affordable low price. Distribution was therefore organised in such a way that teachers received the subscription fee for a year at a time and then handed out the journal to subscribers at school. Significantly, the distribution benefited from royal patronage as the royal couple subscribed on behalf of several Stockholm-area schools, a fact which Stina Quint highlighted in her marketing information.

Stina Quint had come to know Lilly Hellström in Nyköping, initially as a colleague but subsequently as a very good friend who was also very active in the children’s journal project. Lilly Hellström’s father was a book merchant in Nyköping who had his own printing shop, where the initial years’ runs of Folkskolans Barntidning (FB) were printed. The first issue was released on 16 March 1892. Lilly Hellström served as both translator and author, and from 1911 onwards she is named as co-editor along with Stina Quint.

Stina Quint was unable to collaborate with Sveriges Folkskollärarförbund who viewed her as direct competition for their own publication project. However, they did allow her to advertise in their own journal, Svensk Läraretidning, for a considerable fee.

FB was served by a range of well-known authors and illustrators, such as Jenny Nyström, Ottilia Adelborg and Elsa Beskow. One of the contributors was Hjalmar Bergman and almost all of his stories were published as Stina Quint publications. Further, Edvard Evers and Frithiof Holmgren had already promised to contribute on the first announcement of the future journal. Daniel Fallström, Gustaf af Geijerstam, C.D. af Wirsén, Zacharias Topelius – and others – were more intermittent in their contributions.

Contributions from women increased from 1900 onwards, including from the likes of Anna Maria Roos, Mathilda Roos, Cecilia Bååth-Holmberg, and many more. A bi-annual complimentary issue Till Föräldrar, Tidskrift för att sprida goda uppfostringsgrundsatser was published during the 1897–1908 period.

The publishing house expanded its range. In 1893 Julklappen was first released as a children’s Christmas-time publication, and it continued to be published until 1955. The children’s journal Linnea, started by Carl Anton Wetterberg (who was known as ‘Onkel Adam’), was acquired from the Vadstena publisher Erik Wallin and subsequently published by Stina Quint’s company from 1895–1899. Selma Lagerlöf was among the contributors. A Christmas calendar called Guldslottet was published from 1899–1955, along with a smaller and cheaper edition called Lilliputt, published between the years of 1903-1931. Further, from 1907–1973, a new cheap calendar called Trisse was published. Additionally, Rosengull, a story book, was available from 1908–1957, along with the Tummetott (1911–1929) and Gullebrand (1917–1929) calendars. These publications largely involved the same authors and illustrators who produced FB. The low price meant that these publications were produced in very large runs, which allowed for generous commissions.

Stina Quint was able to fulfil her idea of disseminating easily accessible reading material for schoolchildren, despite competition from Svensk lärartidnings förlag AB. By the second year FB already numbered 7,500 copies, and this increased to 40,000 in 1910. Christmas books and calendars also came out in runs of considerable sizes.

Stina Quint was the sole owner of the publishing house and managed its PR skilfully. She maintained relationships with authors, illustrators, and the press. Both she and Lilly Hellström were successful businesswomen who made notable contributions as female path-breakers in the world of business. Both of them were driven by the desire to supply children with proper reading material.

Following her move from Nyköping to Stockholm in 1896 Stina Quint became active both within women’s associations and the political sphere. She purchased a property on Lidingö called Villa Hagen. This came to serve as somewhat of a cultural centre during the period of 1904–1917. She was a member of Kvinnoklubben (the women’s club) in Stockholm for 12 years and became a well-known cultural celebrity within particular circles. She was, for example, responsible for the finances of the Dagny journal, released by Fredrika-Bremer-Förbundet (association). She was a member of the board of the Stockholm Förening för kvinnans politiska rösträtt (women’s suffrage association) from its inception in 1902 and served as its treasurer until 1913. She stood for the town council elections in 1914 and was elected as a representative of Allmänna valmansförbundet (AVF; general electoral league, later the Moderate party) onto the Stockholm city council. Her main concerns were schooling issues. She became a member of the local education authority and its associated child welfare agency. When she demitted her post in 1918 she gave a barnstorming talk on the need to value the work and in-service training of teachers as well as their cultural importance. Her final words are often quoted: “a person who puts their whole soul into Frihamnen or the Hammarbysjö or is constantly diving into the depths of the financial world has neither interest in nor an understanding of the social problems faced by the public schools.”

The children’s magazine and the children’s literature publishing house founded by Stina Quint are both still current (2017). Following Stina Quint’s death Lilly Hellström carried on as the sole editor for six years, and after she in turn died in 1930 the company was sold to the Albert Bonniers Förlag (publishing house). FB continued to be released albeit under the name of Kamratposten from 1950, with a printrun numbering around 130,000 copies.

Stina Quint died in 1924. She is buried at Norra begravningsplatsen (the Northern cemetery) in Solna. 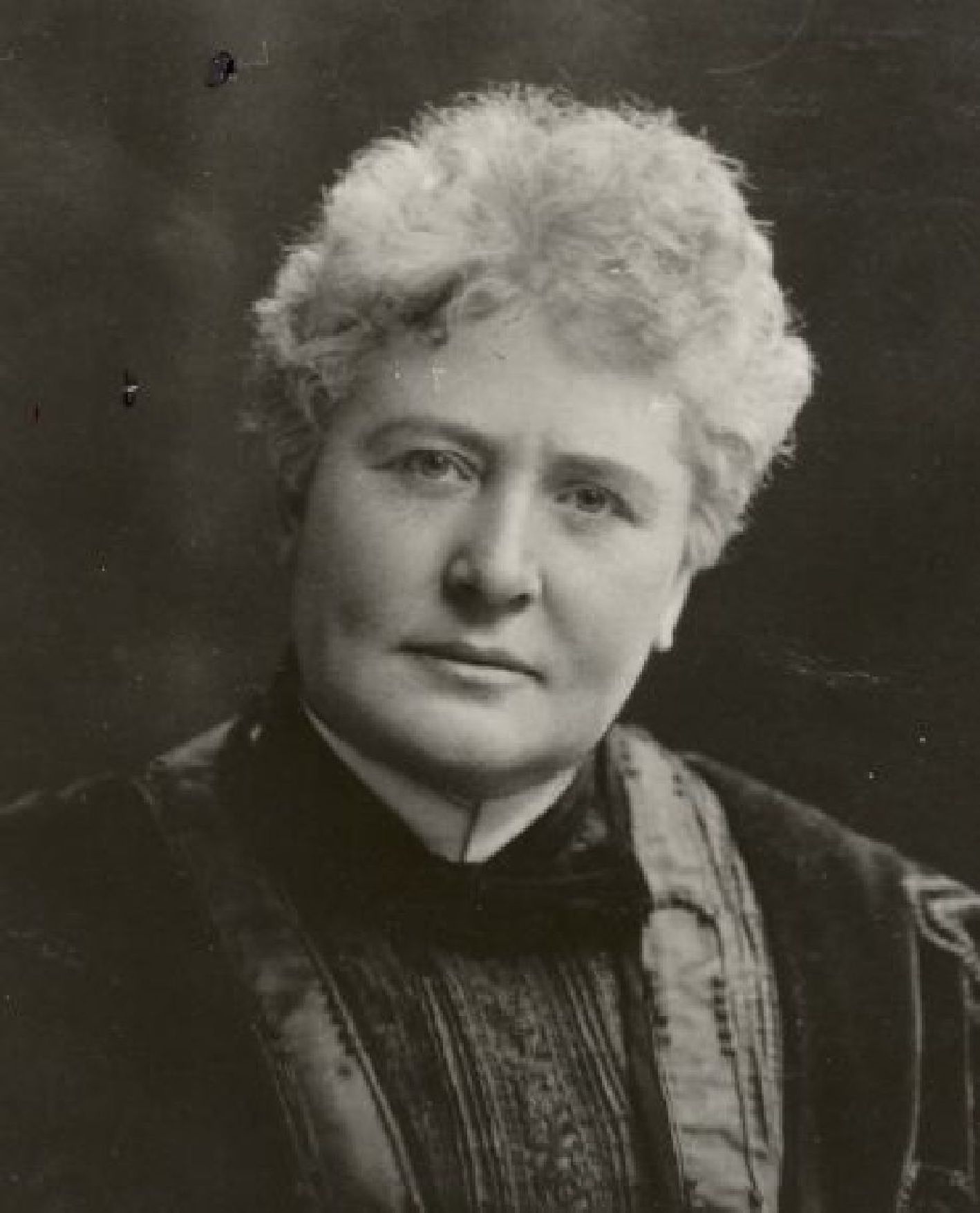