Thora Ohlsson was a physiotherapist during the first half of the 1900s. She worked in London, where she was also involved in the Swedish church and the women’s suffrage movement.

Thora Ohlsson was born in 1868, the eldest surviving child of Håkan Ohlsson, the founder of Håkan Ohlsson’s publishers in Lund, and his wife Theodora Åkerlund, also called Thora. Thora Ohlsson grew up in central Lund with her siblings Ulrika, Håkan Theodor and Edla. Both their father and their mother were very religious. Their father came from a dogmatic revivalist farming family in Norrviddinge in the southern Swedish province of Skåne, and religion was an important element in the family’s life. In an interview, Thora Ohlsson recounted that she was often in conflict with her mother who was very strict about her daughters’ behaving as girls were supposed to. Her father allowed her greater freedom and they were often out together in the countryside, hiking, skiing and sledging.

Thora Ohlsson attended an elementary school and then the grammar school in Lund. She trained as a teacher of gymnastics and masseuse at the University of Lund. Her training followed the “Ling method” named after Per Henrik Ling. It included studies on “the anatomy and physiology of the human body”. She acquired anatomical knowledge among other ways by means of “demonstrations in the anatomy hall in Lund”. She also completed a course on “female genital illnesses” according to the Brandt method, a kind of uterus massage and gymnastics named after M Thure E Brandt. After her education, she worked as a gymnastics teacher in 1890—1897 at the grammar school for girls called “Lunds fullständiga läroverk för flickor”, from which she herself had graduated with the highest marks in needlework and gymnastics and with the next highest marks in all the other subjects.

Thora Ohlsson had parallel employment as the supervisor for the bath attendants and the gymnasium at the Silkeborg water-cure spa in Denmark, which she continued with in the summers even after she had moved to London. She also treated patients who had been remitted to her for physiotherapy.

In 1897, Thora Ohlsson decided to move to London. She wrote about the cause for this decision in a letter in 1945: “My mother used to say ‘you’re not like other girls – you’re becoming so like your father’. It was that misunderstanding that made me venture out into the world to try to live a life best suited to a creature with independent thinking.”

The first period in London was hard. She could not find a job as a physiotherapist, did not know the language and had no friends. When she had used up her last savings, she contacted the Swedish Church that was then situated in East London. There she was warmly received and was given help and support. It was her hardships during her first period in London that made Thora Ohlsson decide to dedicate herself to helping and provide aid for lone Swedish girls in the city.

In 1928, Thora Ohlsson was awarded the Vasa gold medal for her work in the Association. When the Swedish Church built a new church in 1911 at a more central address in London — not as previously, far out in the East End — the YWCA was offered premises in the building in Fitzroy Street. The Association and the Swedish church cooperated closely.

Thora Ohlsson was motivated by a strong desire to open a home for Swedish women where they would be able to find a refuge, reasonably-priced lodgings and help to manage their stay in London. She started a fund for this cause and invested a great deal of her own money. She also industriously organised a collection and never lost an opportunity to bring up the issue in all possible contexts of her desire to open a home. However, her plans met opposition. The church council into which she herself, as the first woman ever, had been elected in 1918, considered that the Swedish girls who came to work in the city instead needed contact with the native population. Besides, the Swedish Seamen’s Church had just been inaugurated and the home for the elderly, Margaretahemmet, had just been opened. In the end, her stubbornness became a strain for the YWCA and the others on the board decided to try and recruit a younger chairwoman. Thora Ohlsson was over 60 and they considered that a younger person was needed to work with the young women. In 1930, she had to resign, not without bitterness.

However, soon after her resignation, her dream of a home for Swedish women became reality. “Svenskhem” opened a house in 1931 in Hampstead, and Thora Ohlsson was elected as a board member. Her disappointment over her dethronement did not hinder her from working for the home.

During all her years in London, Thora Ohlsson was an important participant in the church’s work. She herself recounted in connection with her sixtieth birthday that for a long time she had been the “church choir”. Alone in the organ loft, she had sung at christenings, weddings, funerals and other church services. However, it was rumoured that she was perpetually in conflict with the church council.

Thora Ohlsson’s engagement for those needing help was great and she started the sewing club “The Swedish Women’s Relief Fund” in 1915. The sewing club originally sewed to help “the children in the colonies” but later for the Red Cross, Save the Children and for the Margaretahemmet, the Swedish Church’s home for the elderly.

Thora Ohlsson identified herself as a suffragette, and as a member of the Independent Labour Party, ILP, she fought for women’s right to vote along with famous English suffragettes like Sylvia Pankhurst and Lady Lucy Houston. Lady Houston was Thora Ohlsson’s patient and she accompanied her several times on adventurous journeys. Among other things, she was a guest aboard Lady Houston’s luxurious yacht “Liberty” for two months.

Travelling was one of Thora Ohlsson’s greatest interests and she often accompanied her patients as their personal physiotherapist. She visited Africa, America and Europe. Apart from a large number of travel diaries, all preserved in her archive, she wrote reportage for newspapers. From Cuba for example, she sent an article that was published in Lunds Dagblad in 1909.

During the whole of the 1930s, Thora Ohlsson was active at the women’s home Svenskhem in Hampstead, and her work became well known, not only in London but throughout Sweden. Her reputation spread widely: “Write to Miss Thora in London. She can fix anything.” She was a social counsellor before the concept had become generally known. When the second world war broke out The stream of Swedish women and the enterprise came to a stop. Thora Ohlsson dedicated herself instead more and more to the Swedish Seamen’s Church where she was given the name “Mother Thora”.

During the 1940s, Thora Ohlsson began to feel her age and suffer from more and more ailments. However, she continued to visit the Swedish Church and the Seamen’s Church right up to the last. During all the years, she had regularly returned to Lund to visit her family there. Her correspondence with her siblings was also diligently kept up. The last time she visited Lund was during the first years of the war, in 1938—1940. When she left Sweden, it was for the last time.

In 1944, she made an attempt to return “to be able to spend the days of my old age in peace and freedom in dear old Sweden”. She sold her flat and packed to move back home, and she got so far as to install herself on the America Line ship Drottningholm in Liverpool. However, she did not have the necessary permit to be able to travel to Sweden and she was compelled to disembark from the ship. It sailed at 12 noon and the permit arrived at 12.15 p.m. Despite hiring a motorboat to catch up with the Drottningholm, it was impossible and she had to return to London.

Her diaries describe her becoming weaker and weaker and in worse and worse health, and in March 1946 she died at her home in London. Thora Ohlsson lies buried in the Northern Cemetery in Lund. 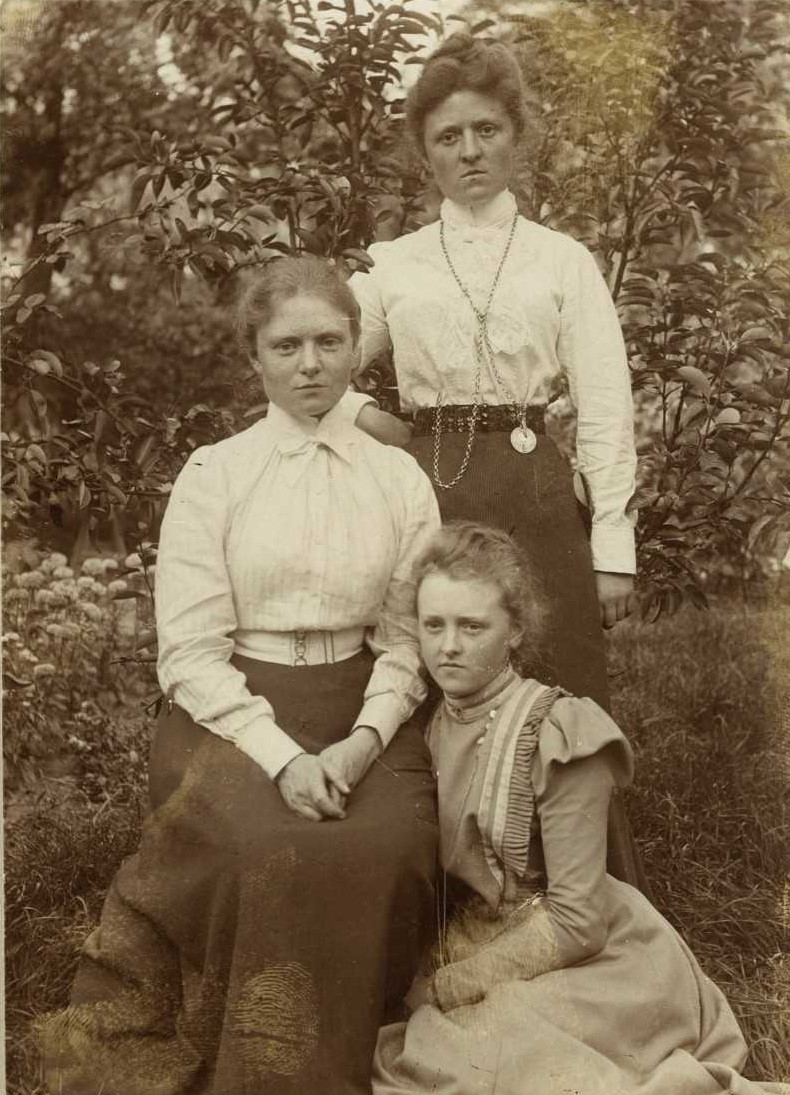