Tillie Anderson was a cyclist in the 1890s and one of the first Swedish-born professional sports profiles.

Tillie Anderson was born Matilda Andersdotter in 1875 at Grevie in the southern Swedish province of Skåne. After the death of her father, she followed in her big sister’s footsteps in 1891 and emigrated to the USA with her younger brother. Two years later, their mother followed in their footsteps and the two remaining sisters after her. The family gathered once again in Chicago’s Swedetown. Tillie Anderson contributed to the family’s economy by working in a laundry, which provided a very few dollars a week.

At the beginning of the 1890s, another item of news had reached the USA as well; the modern, safe velocipede with two equally-sized wheels. The earlier penny-farthings had been popular for a while, but they were far too impractical to gain any real popularity as a method of transport. Suddenly the sales of velocipedes exploded in the USA, with four million bicycles sold. A third of all cyclists were women, and Tillie Anderson wanted to be one of them. By working extra on her sewing-machine at home, she started to save up for her own bicycle.

In 1894, in the summer, she had saved enough to buy the cheapest possible model, and Tillie Anderson started immediately to train. Her training went well and she became a member of the Monitor velocipede club, the only cycle club for Swedes in Chicago. One year after she had purchased her first bicycle, she participated in her first competition, a race of over 100 miles (about 161 km) with start and finish in her hometown. The result was a victory. With her eye on new competition opportunities, Tillie Anderson found a competition to be held in a velodrome: an oval track built specially to allow the greatest possible speed. There was also prize money at stake.

Along with Phil Shoberg, another Swedish-American cycle devotee, Tillie Anderson decided to test the track. To fill his start field of mostly penny-farthing cyclists, the competition manager Henri Messier decided to allow local talent to try their luck. This time, the result was less good for Tillie Anderson. She had difficulty in controlling her bicycle on the banked track and fell several times. It was almost as bad that Lizzie Glaw, her greatest challenger in the summer competitions, had managed the track gallantly. When her training was almost over, Phil Shoberg had to convince Henri Messier to give Tillie Anderson a new opportunity the day after. She revived and learned quickly to master the track. When the competition took place less than a week later, she was one of the favourites. After six days of punishing competition in two sessions daily, Tillie Anderson was the absolute winner among the ten women. She did it in record time as well, and Henri Messier saw to it that she accompanied them to the next competition in Detroit.

That form of competition reminds us of our modern velodrome cycling, though on much shorter courses. Henri Messier had only just started developing the concept and it quickly became a success. With a depot of skilful women cyclists, he visited town after town and supervised the construction of a track according to his design. Before the competition, the track was open for the public to try, and if he found a good challenger, that person was given a place in the competition. It was run for six days in two groups that each did two sessions per day. The results were counted day by day, with a grand finale, and often a battle over seconds, on Saturday evening. Anything to attract the maximum attention of press and public, and not disturb the Sunday peace.

For the male cyclists, the competitions looked different. Their tracks were longer with less banking. In contrast to the women, their competitions took place nonstop during the six days. Their challenge was extreme endurance. Almost immediately, the press and the ticket-buying public seem to have been attracted to the women’s faster and more audience-friendly races at a pace that scared the League of American Wheelmen (LAW), the biggest bicycle organisation in the country. Their rules stipulate explicitly that no races that allowed women’s participation would be sanctioned by them. When they saw the successes that Henri Messier had with his upstart competitions, they chose the course of opposition. Organisers who permitted women’s competitions were banned and men who cycled on “women’s tracks” were threatened with expulsion.

Tillie Anderson developed rapidly in this setting, and soon became the great star of the sport. Phil Schoberg had accompanied her out on tour and their collaboration is very reminiscent of the trainers of our day. At some point they became a couple. Her days were closely planned with various forms of training and a specialised diet. During the competitions, he carefully timed every one of her 8–10 seconds long circuits and polished up a winning strategy. Tillie Anderson’s strength was to accelerate massively towards the end of each training session, when the others were most tired. Her first competition year, 1896, she won eight six-day races and several smaller competitions. She probably won between 5,000 and 6,000 dollars, several annual wages for a worker, and she was sponsored by the Thistle bicycle company.

Her dominance continued the following years, and Tillie Anderson attempted to attract male cyclists to compete with her. LAW effectively opposed all such attempts. They were not alone in disliking the new sport. For women to compete was enough to upset many, and that it was a matter of money and also in tight clothes challenged several of the conventions of the time. In the press, there appeared everything from tributes to the women’s achievements to articles on how competing had injured their bodies and led to all kinds of decadence.

Around the turn of the century 1900, much of the interest in the sport suddenly disappeared. Other sports had taken over and competitive women’s cycling disappeared completely after 1902. The same year, Tillie Anderson lost her husband to tuberculosis and she retired before she was even 30 years old. Seven years later, she began to work as a masseuse in her hometown Chicago and her fame helped her to find wealthy clients. Tillie Anderson never remarried and in due course she changed her career to work in healthcare.

From 1941 until 1963, as the only woman, she attended the annual meetings for the professional cyclists of the old days. The men there respected her greatly, despite the fact that their association never recognised the sport.

When Tillie Anderson died in 1965, she chose a gravestone with the inscription World Champion Cyclist. During her career, she had proudly borne the nickname The Terrible Swede. 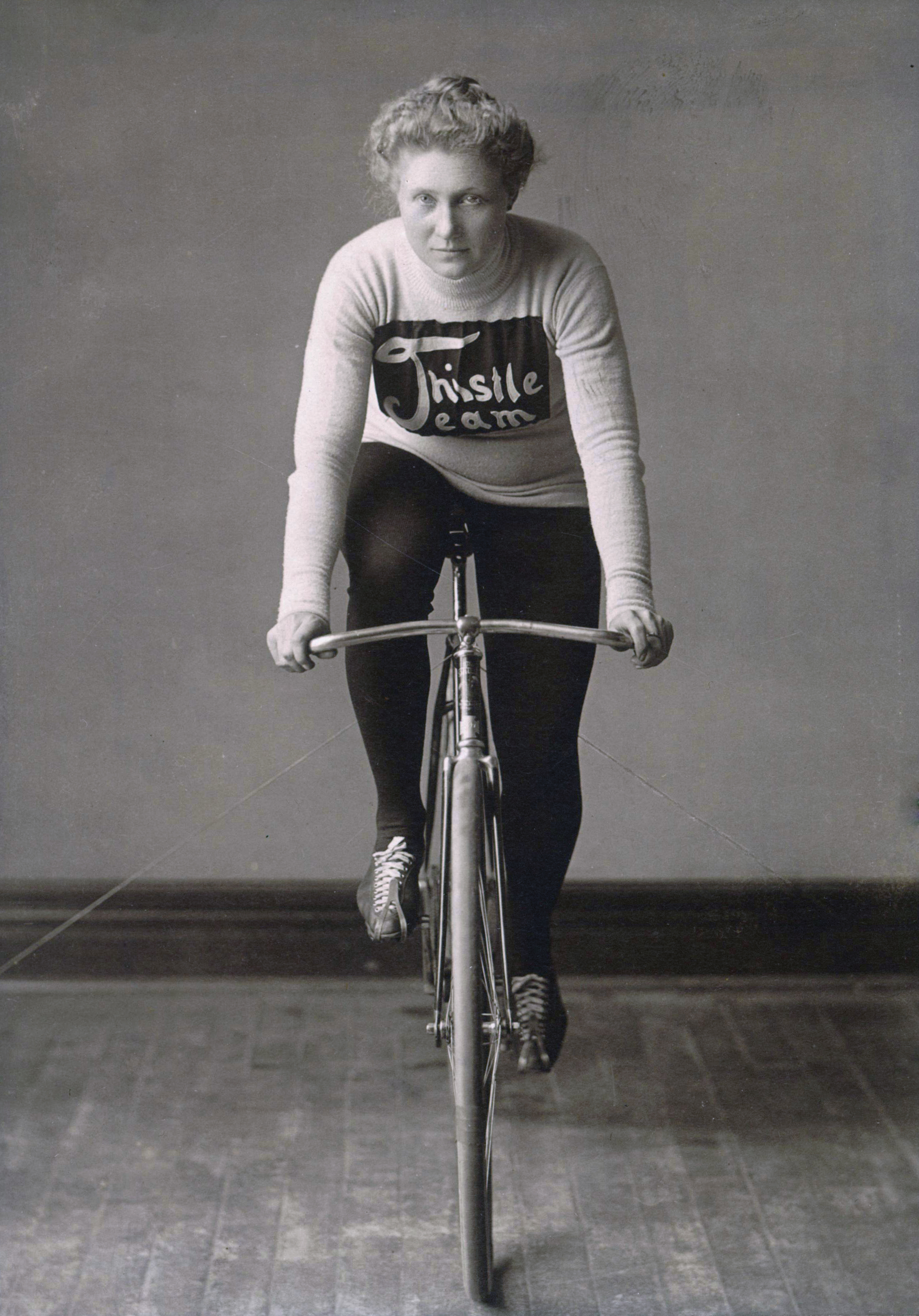