Tora Teje was one of the greatest character actresses in Swedish theatre in the first half of the 1900s. She was above all successful in the classical tragic women’s roles.

Tora Teje was born in 1893, the daughter of Maria Werner and her husband Johan Johansson, a coachman for hire in the poor workers’ district on Södermalm in Stockholm. When she was about two years old, her father disappeared without a trace. Tora Teje grew up in two rooms and a kitchen at Hornskroken in Stockholm with her mother and two older sisters. The eldest sister had emigrated to the USA.

When her mother had become single, she ran a beer café on Södermalm, and worked extra at an inn, where Tora Teje often ran errands. For the few pennies she earned, she went to the theatre Dramaten on one occasion and was fascinated by the acting. Since the inn hostess’s daughter attended the theatre school, Tora Teje was allowed to go and see her school shows. After that, she decided to pursue a career in theatre.

Her mother was absolutely against her plans. She was a so-called old-fashioned Christian and a member of the Moravian church which considered all theatre sinful. By getting one of her sisters to sign the obligatory written permission from a guardian and fill in her birthdate illegibly, Tora Teje was able to apply to the Kungliga Dramatiska theatre school. Applicants had to be 18 years old, but when she was accepted she was only 15 years old. When her real age was discovered, she was given exemption from the age rule. Her acceptance at the theatre school created a break with her mother and Tora Teje had to escape from her home. She was helped by her teacher Thecla Åhlander, an actress, who gave her food and helped find lodgings. She also obtained a scholarship for her of 50 kronor. During her first year, Tora Teje was awarded a monthly wage of 100 kronor. Even while she was still only a pupil at the school, her gifts appeared to be exceptional.

After her second year as a pupil, Tora Teje was the premiere pupil at Kungliga Dramatiska teatern, known popularly as Dramaten. Now she was allotted bigger roles, among others as the cheeky chambermaid Dorine in Molière’s Tartuffe. After her interpretation of Hedvig in Ibsen’s The Wild Duck it was clear that apart from playing soubrette roles, she also had a great gift for realistic and tragic characters. During her years as a pupil, Tora Johansson changed her surname to Teje, encouraged by the director and theatre chief Tor Hedberg. The name was created from her initials T. J.

Her great breakthrough came with the role of the hot-headed working girl Madge in Galsworthy’s drama Strife in 1912. Her success as a proletarian girl even enabled Tora Teje and her mother to have a reunion, since the latter was engaged in socialism. However, her mother never set foot in a theatre and never saw her daughter on the stage. After that, Tora Teje suddenly had to take over the role as Olivia in Twelfth Night by Shakespeare, and as Agda in Hedberg’s drama Johan Ulfstjerna, both in 1912. These roles were usually performed by the great women stars at Dramaten: Stina Hedberg, Astri Torsell and Harriet Bosse. Tora Teje’s success awoke envy and during her second year at Dramaten she experienced having fewer roles.

When her contract at Dramaten expired in 1913, she chose to take an engagement at Svenska Teatern under the directorship of Albert Ranft. Tora Teje remained there until 1921 and those years were decisive for her career. At Svenska Teatern, she created many memorable roles, among them Hero in Shakespeare’s Much Ado about Nothing in 1916 and Svanhild in Ibsen’s Love’s Comedy in 1919. She was an absolute sensation with her wild sensualism in the title role in Oscar Wilde’s Salome in 1915, performed in Sweden for the first time.

At Svenska Teatern, she made friends with her colleague Gösta Ekman senior, along with whom she was often cast to play lovers, for example in Strindbergs Svanevit in 1914 that she interpreted profoundly and soulfully, in Meyer-Förster’s Old Heidelberg in 1916 and The Javanese Doll. Tora Teje also had audience successes in the more light-weight repertoire like for instance Primerose in 1915 by Flers and de Caillavet, Inom lagens gränser in 1914 by Veillers and Signora Cavallini in 1918 by Sheldon.

During the 1920s, Tora Teje made some films, which was however difficult on account of the fact that actors at Svenska Teatern and Dramaten were forbidden to act in films. Despite that, she participated in several Swedish silent film masterpieces, among others Karin Ingmarsdotter in 1920, directed by Victor Sjöström, Erotikon directed by Mauritz Stiller in 1920, Häxan directed by Benjamin Christensen in 1922 and Norrtullsligan directed by Per Lindberg in 1923. Her longing for greater artistic challenges made her return to Dramaten in 1923, where she remained for the rest of her professionally active life. In Benson’s trilogy Parents, Tora Teje developed her comic side, that was new to the audience. Her interpretation of Marguerite Gautier in Olof Molander’s production of La Dame aux Camélias by Dumas junior in 1925 made a great impact. Molander continued directing her at Dramaten, for example in August Brunius’ Messeniernas fall in 1926. In it she created a portrait-like Queen Kristina as having nervous authority and a strain of cruelty. Many of Tora Teje’s interpretations at Dramaten during the 1920s were much acclaimed, for example the title role in Shaw’s Saint Joan in 1926.

Tora Teje married the court photographer Herman Sylwander in 1913. He ran the prestigious photo atelier Atelier Jaeger. He was wealthy and gave her a secure middle-class home so that she could devote herself completely to her career. Her husband was highly involved in her marketing with his many photographs of her that were shown in display windows and printed in newspapers. After eleven years of marriage, they had their son Claes in 1924. He followed in his father’s professional footsteps at first as a photographer and then in his mother’s as an actor. In his memoirs Oh Gud, vad vi haft roligt! in 1993, he describes himself and his mother. In 1924, they all moved into a four-storey private palace in Tysta gatan in Stockholm. Tora Teje’s mother and sisters Freja and Göta also lived there. They carried on a lively social life with among others their colleagues Karl Gerhard, Lili Ziedner and the artist Carl Kylberg.

During the 1910s and first half of the 1920s, Tora Teje was a great celebrity and style icon, who often appeared in the press. Her husband’s photos of her were distributed along with interviews with her driving her elegant Italian sports car. She expressed herself enthusiastically about automobile sport, about her rejection of corsets, when in fashionable costumes she posed with her greyhounds and when she explained the importance of taking part in sport to keep slim. Her exclusive elegance on the stage was famous and much discussed, like in Maugham’s comedy Society in 1926 at Dramaten. During that period, actresses had to provide their costumes themselves in modern dramas. Since her husband was wealthy, Tora Teje was able to spend a great deal of money on her worldly elegance. From the mid-1920s, she withdrew from the press and during the rest of her life, she gave interviews extremely seldom and was extremely careful with her private life.

After her return to Dramaten, Tora Teje had great success in several of O’Neill’s plays, like the title role in Anna Christie in 1923, Nina in Strange Interlude in 1928, Abbie in Desire Under the Elms in 1933, and above all Christine Mannon in Mourning Becomes Electra in 1933 directed by Olof Molander. The 1930s were Tora Teje’s most successful period as an actress. She played many of the great female roles of world drama then in both classics and newly written plays. Particularly fruitful was her continued collaboration with the director Olof Molander. Of these roles may be mentioned: the title roles in Aristophanes’ Lysistrata and Euripedes’ Medea, both in 1934, Elisabeth in von Schiller’s Mary Stuart and Alice in Strindberg’s Dödsdansen, both in 1935, as well as Strindberg’s Ett drömspel in 1937. Tora Teje’s interpretation of Majorskan Samzelius in Gösta Berlings saga directed by Rune Carlsten at Dramaten in 1936 was a transformation number that was also a great success.

During her years at Svenska Teatern, Tora Teje had competed successfully over roles against the theatre’s other great female star, Pauline Brunius, which resulted in enmity between them. When Pauline Brunius was the head at Dramaten between 1938–1948 she took her revenge and offered Tora Teje only a few roles, often of the type she did not want, which awoke discussions in the press. One of these was the dramatization of Hjalmar Bergman’s novel Farmor och vår Herre, that she took on in 1941, but only after persuasion by her husband. Her interpretation of the 75-year-old grandmother was one of Tora Teje’s greatest successes, despite the fact that she was only 48 at the premiere. Between 1908–1960, Tora Teje performed 116 roles at Dramaten, of which the last was in 1960 in Ostrovsky’s Wolves and Lambs. She also acted at Radioteatern.

Tora Teje was a realistic actress with a great register. Her voice could sound full of passion in the classics, but also sound light in tone in contemporary comedies. She did not hesitate to use grand gestures, but was also able to perform with lesser means. She did not lack feeling for burlesque popular humour either. Tora Teje was a typical stage actress, who decided early on that film was not her right medium. During her life, she enjoyed enormous respect from both critics and audiences. The actress and director Mimi Pollak recounts in her memoirs how she and Greta Garbo during their time at the drama school admired Tora Teje and how they tried to imitate her. Tora Teje took her art very seriously and filled it with her spirituality. She was a follower of the American religious and alternative medical movement Christian Science.

Tora Teje was rewarded for her acting art in 1928 with the royal medal Litteris et Artibus. She was also awarded the Danish medal Ingenio et Arte in gold; the St Erik medal; the Teaterförbundet’s gold medal in 1947 and 1957 with the Dramaten’s O’Neill scholarship. She was a member of the orders Nordstjerneorden, Finland’s Vita Ros-orden and the French Officier de l’Instruction Publique. 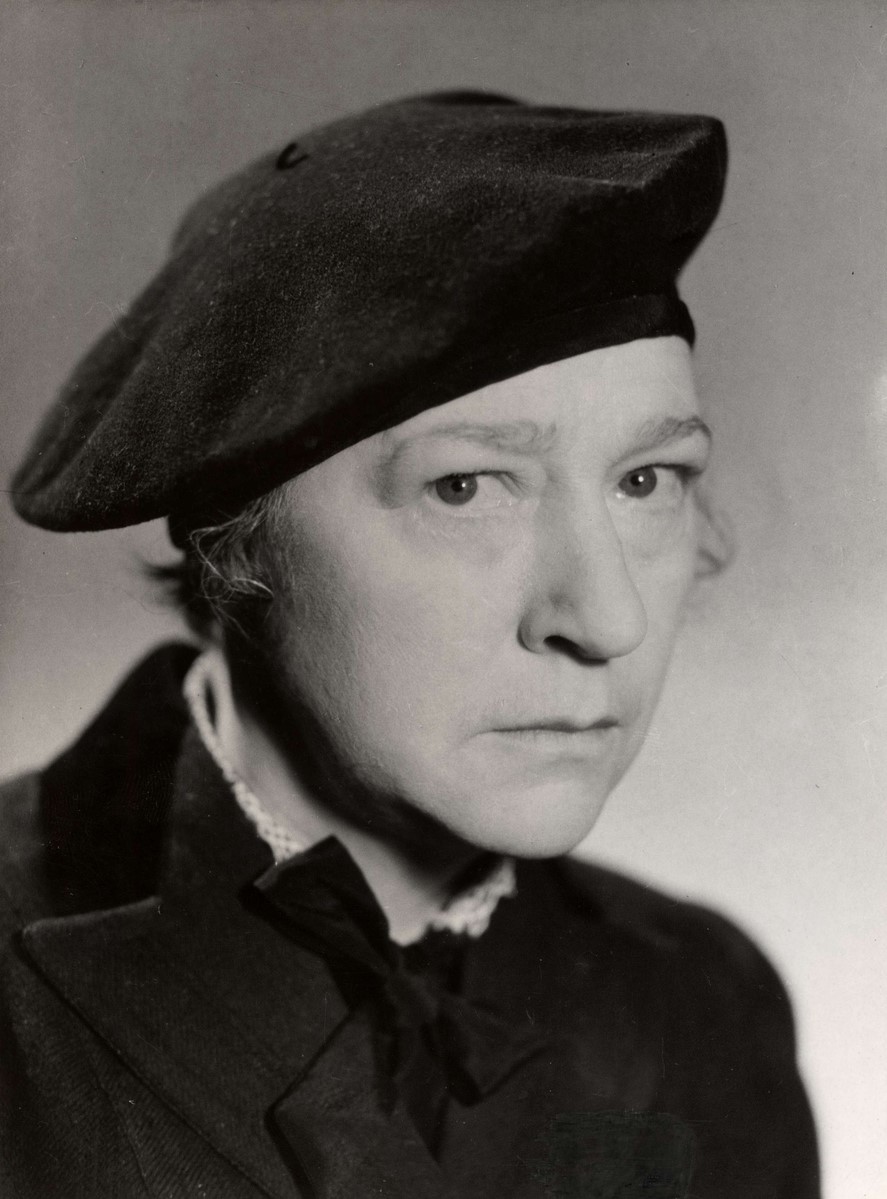