Tyra Lundgren was one of the most multifaceted artists and modernists of the twentieth century. She was a painter, drawer, sculptor, ceramist, glass- and textile designer, as well as an author and an art critic. She was the first woman who designed glass for Paolo Venini at Murano in Venice and she also served as the artistic leader at Arabia in Helsinki at a time when men tended to hold those kinds of positions.

Tyra Lundgren grew up in Djursholm, near Stockholm. Her parents were John Petter Lundgren, professor at Veterinärinstitutet (institute of veterinary sciences) in Stockholm, and Edith Lundgren née Åberg, who was a housewife and raised their six children. The bourgeois home also comprised a nanny and a female cook. The family were very socially active, travelled often, and enjoyed the outdoor lifestyle. Tyra Lundgren’s schooling began at Djursholm coeducational school, where her teachers included Natanael and Elsa Beskow and Alice Tegnér. Her school friends included Greta Knutson-Tzara, Stellan Mörner, and Ingrid Rydbeck-Zuhr.

Tyra Lundgren knew from the time she was five years old that she wanted to be an artist. She first became aware of the profession through Axel Fahlcrantz, who rented a studio on the plot of land where she lived with her family. In 1913 she began to attend Högre konstindustriella skolan (HKS, now known as Konstfack, college of arts, crafts and design) where she studied decorative art as well as handicrafts in various forms until 1917. One of her fellow students and friends there was Estrid Ericson, who later founded Svenskt Tenn AB in 1924. Whilst attending HKS Tyra Lundgren also took painting lessons at the Althin school of painting. In 1917 she was accepted as a candidate at the Royal Swedish Academy of Fine Arts where, apart from breaks during which she undertook studies abroad, she remained until 1922. She spent a couple of months taking lessons from Anton Hanak in Vienna and from 1920–1923 she was a student of André Lhote in Paris.

Tyra Lundgren was primarily active in four countries: Sweden, Finland, France, and Italy. She spent much of her professional life travelling and considered herself to be a European. Greece and Mexico also formed important centres in her artistic life, as did the USA. She had an extensive social network which included focal individuals within twentieth century-European and American artistic and cultural circles.

Tyra Lundgren’s main artistic motifs were birds, fish, and people which she depicted through different techniques and materials. Her artistic expression involved a variety of different directions and styles. She was a pioneer of the 1920s Swedish Grace style, the name of which had been coined by the art critic Morton Shand at the Stockholm Exhibition of 1930. This was a Swedish Art Deco style, characterised by elegance and traditional art which contrasted with the current artistic ideals of functionalism.

Tyra Lundgren made her debut at a group exhibition held at Kungliga Akademien för de fria konsterna in 1921. She went on to show her work at various exhibitions throughout the 1920s. After that period she only very rarely exhibited her paintings.

Tyra Lundgren’s painted output can be divided into different periods or stylistic directions. The first of these, and the most extensive, was her post-Cubist period which began in 1920 on her arrival in Paris. Her paintings from this time and right up to the mid-1930s typically comprise portraits, self-portraits, live-model painting, still-lifes, interiors, and landscapes in the Cubist style. Many of the great number of self-portraits she painted were produced in the New Objective style, displaying broad variation in terms of clothes, poses and techniques. Two of these – Huvud med vit duk and Självporträtt both from 1921 – can be seen at Moderna Museet in Stockholm, although the majority of these works are at Gotlands Museum.

Tyra Lundgren’s second artistic period comprises the years of 1927 to 1929 and is characterised by the New Objective style inspired by medieval techniques and materials (Giotto, Piero della Francesca). Her motifs were still-lifes and landscapes. At this point she was living in Rome and was close to the circle involved in the Valori plastici: rivista d’arte art journal. This period saw a breakthrough in her development as a painter. From the 1950s through the 1970s her work can almost be described as belonging to the Concrete style. Using light pastel colours her paintings sought light in a sometimes non-figurative expression, but often depicting abstract bird-shapes or other nature-inspired imagery. Her paintings from this period are outsized and display powerful colours, in yellows, reds, and blues.

Tyra Lundgren maintained a constant production of drawings, both in terms of individual artworks and sketches for patterns and designs. She also produced the illustrations for her book Fagert i Fide. Årstiderna på en gammal gotlandsgård, published in 1961. During her early years she also produced advertising illustrations. She spent the final years of her life primarily working with lithographs which were printed at Galleri Prisma and depicted images of doves, swallows, magpies and crows.

Tyra Lundgren is meanwhile best known for her work as a ceramist and in this sphere she was one of Sweden’s leading exponents. She worked in the porcelain industry as a designer and as an artisan and ceramic sculptor. Her first job was at St Eriks Lervarufabrik in Uppsala from 1922–1924, she then worked at Arabia from 1924–1937, and at Rörstrand and Lidköping Porslinsfabrik. She was the artistic leader at Arabia ahead of the 1930 Stockholm Exhibition and she exhibited her work at the World’s Fairs. During the 1934–1938 period she was connected to the Manufacture nationale de Sèvres porcelain factory in Paris.

Tyra Lundgren was a pioneer when it came to giving ceramic art a public space in Sweden. She produced around 20 outsized reliefs in stoneware, so-called monumental reliefs. One of these is Märkeskvinnor, from 1947, for the former girls’ school at Bohusgatan in Stockholm. From the 1940s onwards Tyra Lundgren produced sculptural objects in Chamotte clay and stoneware, with various glazings. Her small birds are well-known and popular with many. When her ceramic efforts became too much for her during the 1970s she then produced models for sculptures in bronze. There are six of these in various places around the globe, including Solfågel in Almedalen, Visby.

Tyra Lundgren began to work as a glassware designer at Moser in Karlsbad in 1922 where she designed new table services and modernised older ones. She also worked freelance for Riihimäki factory in Finland during the 1924–1929 period. From 1934 to 1938 she was employed by Kosta glass factory where she mainly designed thick-walled bowls and vases, engraved with classical motifs. She was introduced to the glassmaker Paolo Venini at Murano during the Triennale di Milano of 1936 and they began a collaboration that lasted into the 1950s. As part of this collaboration Tyra Lundgren became the first woman to design glassware and, in conjunction with the glassblower Arturo Biasutto, she developed new techniques of glass production. Her motifs at this point were birds, fish, snail-shaped designs and leaf-patterned bowls using traditional techniques as well as in new designs. It was during this time that she created the so-called tissue-shaped bowls and it remains unclear as to who specifically came up with the design but Tyra Lundgren claimed it was of her making.

Tyra Lundgren was active as textile designer for Licium (now HV Licium), the sacred textiles company, and for NK’s Textilkammare led by Astrid Sampe for which she designed 13 models. During the 1940s and 1950s printed flowery textiles were all the rage and Tyra Lundgren designed a number of patterns called Strelizior och duvor and Solrosor. She was also connected to Hemslöjden for which she designed woollen throws and other textiles. Tyra Lundgren was approached by Märta Måås-Fjetterström in 1937 and this led to a collaborative effort in textiles. Tyra Lundgren was also involved in the setting up of the MMF AB limited company after Märta Måås-Fjetterström’s death in 1941 and some of her tapestry patterns produced in her weaving studio, such as Trädet i Oaxaca.

During the first half of the twentieth century Tyra Lundgren was also an active art critic and writer. Through her close contact with Ingrid Rydbeck-Zuhr, editor of Konstrevy, she ended up providing regular articles for the journal. She also regularly wrote for Form during the 1930s and 1940s. Further to that she wrote a number of reports for Svenska hem i ord och bilder. She published three books of her own: Lera och eld. Ett keramiskt vagabondage i Europa, from 1946, Fagert i Fide. Årstiderna på en gammal gotlandsgård, from 1961, and Märta Måås-Fjetterström och väv-verkstaden i Båstad, from 1968, as well as the autobiographical exhibition catalogue Tyra Lundgren. Ett liv i konst, from 1978. She was awarded the Litteris et Artibus medal in 1950 in recognition of her extensive output and activities and in 1951 she was presented a gold medal at the Triennale di Milano.

Tyra Lundgren remained single throughout her long life and never had children. In 1949 she purchased Bredkvie farm on Gotland where she spent certain times of the year. Her friend, and fellow artist, Margit Graffman also had use of the farm.

Tyra Lundgren died in 1979 and is buried at Fide cemetery. Her tombstone is a framed stoneware relief decorated with a flower motif created by the artist. She left large parts of her artwork, papers, and personal belongings to the Gotlands Fornvänner association, which is now part of Gotlands Museums collections. 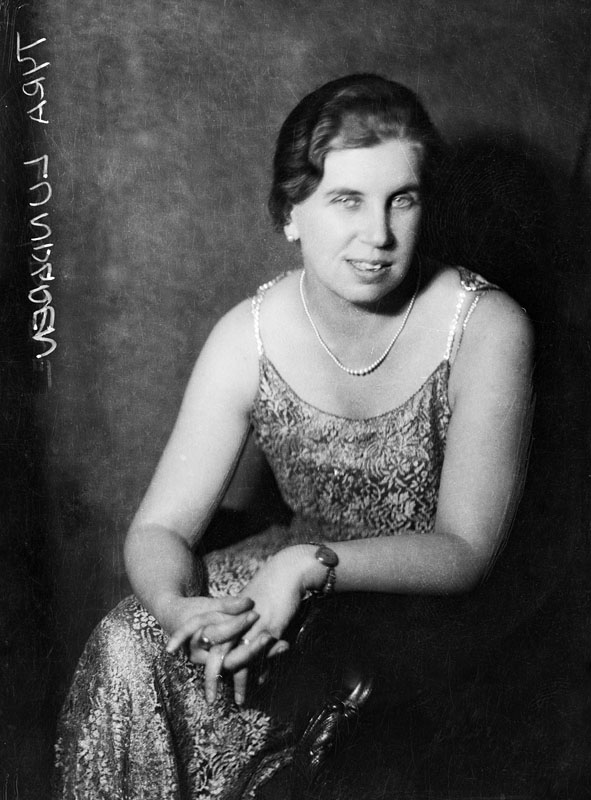