Ulla Bjerne was an author and a pioneer in describing the modern female experience and a sexuality that was “as free as that of men”. She also introduced the figure of the female vagabond into Swedish literature.

Ulla Bjerne was born in Söderhamn in 1890. She was baptised Gully Cecilia Ohlson. During the first six years of her life she was poorly, often bedridden, suffering from prolonged infections brought on by scrofula, a form of tuberculosis that affected children. Her father, Vilgot Ohlson, was a merchant and a prominent member of society in Söderhamn. Although her family home gave the appearance of being solidly bourgeois it was in fact marked by internal divisions and disharmony, partly due to financial worries, and partly due to disagreements between her parents.

After completing seven years of education at a girls’ school Ulla Bjerne was expected to earn her own livelihood at the age of 16. Her father was opposed to her plans of becoming a concert pianist and outright rejected her ideas of becoming an actor or a variety show artist as pure madness. Having tried to work first as a governess in Scania and then as a companion in Värmland without any success, Ulla Bjerne turned to her wealthy paternal uncle, the successful wholesale merchant Carl Alfred Ohlson, to obtain a loan in order to attend a course at the Påhlman Handelsinstitut (business institute) in Stockholm. She then worked as an office girl for five years, initially in Malmö, then in Trelleborg, and finally in Copenhagen. In the autumn of 1911 she travelled to Paris. She had started a relationship with a businessman called Berthold Dieden whilst in Malmö and he funded her travel and accommodation in Paris. Whilst she worked as an office girl in Copenhagen she became acquainted with the up-and-coming journalist and artist Iwar Donnér, who presumably inspired her journey to Paris. She had taken the name Ulla Bjerne in Copenhagen at the advice of her employer who wanted to be able to distinguish between all the –son names at the office.

In Paris Ulla Bjerne settled in Montparnasse and moved in artists’ and writers’ circles, and her new friends included the artists Nils Dardel and Tor Bjurström, as well as the author Gustaf Hellström. The extensive collection of correspondence which has survived her testifies to a large network of contacts which just continued to expand over the course of her travelling. These friendships often became lifelong ones. Ulla Bjerne lived in Denmark during the time of the First World War and met the legal practitioner and criminal psychologist Andreas Bjerre, who became very important to her.

She published her first novel entitled Mitt andra jag in 1916 through Dahlbergs Förlag, having initially had her manuscript rejected by Albert Bonniers Förlag. She had written the novel in Denmark and it was through the recommendation of another author, Frank Heller (a pseudonym for Gunner Serner), that she came to the publisher Olof Dahlberg’s attention. His publishing house mainly released cheap fiction in large batches. Ulla Bjerne’s early books sold really well. Mitt andra jag was printed in 9,000 copies; Dårarnes väg, 1917, was printed in 11,000 copies; Ingen mans kvinna, 1919, came out in 4,000 copies; and Blodets krav, 1920, had 8,000 imprints. When the Dahlberg publishing house went bankrupt in 1920 Ulla Bjerne transferred to Albert Bonniers Förlag.

During the ensuing decades Ulla Bjerne’s manuscripts were sometimes rejected by Bonniers due to the poor sales of her books. This led her to seek out other publishers, mainly the Finnish-Swedish Holger Schildts Förlag. She regretted having published with Dahlbergs Förlag as they had been careless with the editing process. Her diaries, which she kept during most of her life, also reveal her struggle to free herself from being labelled an author of “light fiction” and her fight to become recognised as a serious author.

Following the end of the First World War Ulla Bjerne travelled to Italy, Paris, and then home to Söderhamn, before continuing to Finland in 1921 on her way to Serbia to meet the artist Miljovoj Uzelac. She met Léon Biaudet in Finland and married him in 1922. They settled in Lovisa, where her husband worked as chief physician and surgeon. They lived together until Léon Biaudet’s death in 1968.

Ulla Bjerne was not happy living in a small town, just as she had been unhappy in Söderhamn. Her relationship with her husband was not the easiest but she dealt with this by travelling, particularly during the winter months, to France, Italy, Morocco, Copenhagen, Stockholm, and Helsinki. She spent the period of the Second World War in Sweden and Denmark, and then returned to Lovisa. Despite his relatively advanced years her husband participated in both the Finnish Winter War and in the Continuation War. When the war ended Ulla Bjerne resumed her travels, visiting Italy, France, and Morocco, amongst other places.

The reception of Ulla Bjerne’s written work was always marked by people’s view of her as a “bluestocking”. Her novels were considered to be “immoral” and were often taken to be autobiographical. Her writings also include some expressly autobiographical pieces such as the trilogy comprising Livet vänter ej, 1955, Den glada otryggheten, 1958, and Botad oskuld, 1961. The final volume of the trilogy was largely well-received, apart from criticism directed towards Ulla Bjerne for her posthumous depictions of Nils Dardel and Gustaf Hellström. Her autobiographical book Lustjakten, 1944, includes portrayals of other well-known individuals who formed part of Ulla Bjerne’s network, such as Isaac Grünewald, Gösta Adrian-Nilson, Kurt Jungstedt, Ewald Dahlskog, and Evert Taube. Her final book, Sardiska stigar, 1963, is also autobiographical and is based on her memories of Sardinia.

Ulla Bjerne states in her diary that her earliest books caused a sensation but that no one actually understood her intention to portray a new kind of female character who was unhindered by conventions and sought her own path. She wanted to further the readers’ knowledge of people and of women using herself as an “experimental subject”. She portrays herself in her diary as a revolutionary who in her youth railed against preconceptions which did not allow women any opportunities to create fulfilling lives. She found a meaningful “soul sister” in the author and travelogue writer Isabelle Eberhart, and their meeting led to the novel Att våga vara, 1948. Looking back on her life Ulla Bjerne believed that she thrived most within a man’s world, even though only two men came to have any meaning in her life: Andreas Bjerre and Léon Biaudet. Her many friends included both men and women.

Ulla Bjerne was in many ways a master of the conservative novel tradition, albeit an innovator as regards the subject matter – even though she is yet to receive wider recognition within the world of literary historiography. The outspoken French author Colette was an important source of inspiration.

Ulla Bjerne herself said that her earliest books “formed a sort of a literary school in Sweden”, pointing to Förförare: italienska noveller, 1920, as a model for Tora Dardel’s Flickan som reste ensam, 1923, and Konfektasken, 1924, as well as for the Norwegian author Gisken Wildenvey’s Bedaarerne, 1925. She also believed that her Blodets krav was “the mother” of Agnes von Krusenstjerna’s “best series”, the series of novels Fröknarna von Pahlen, which were published between 1930 and 1935.

Ulla Bjerne died in Lovisa in Finland in 1969. 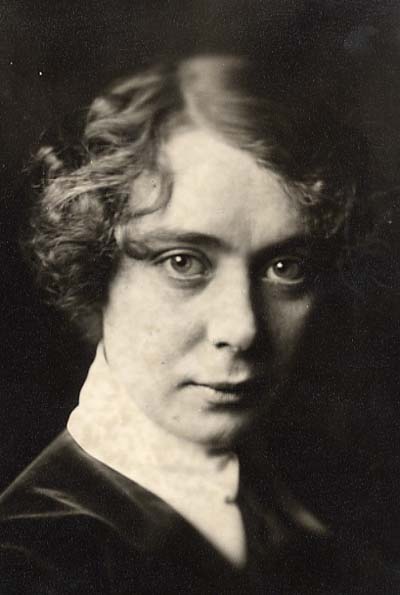