Ulla Bodorff grew up in Stockholm. Her family benefited from an extensive social circle which included cultural celebrities as well as politically and financially influential individuals. She was the great-grand-daughter of Rudolf Wall, founder of the national newspaper Dagens Nyheter, and the grand-daughter of Captain Peter Möller, known as ‘Kongofararen’ (the Congo traveller), giving her access to a range of social circles from a young age. After graduating from Nya Elementarskolan för flickor (the new elementary school for girls) in 1933 she continued her education at the University of Reading in England, where she was awarded a Diploma in Landscape Architecture. Ulla Bodorff belonged to the second generation of female landscape architects in Sweden. Like the majority of these women she received her training abroad, as landscape architecture had not yet emerged as an academic subject in Sweden.

After completing her studies Ulla Bodorff spent some time working for the Stockholm parks department, which included stints at Tessinparken and preparing what would become one of the most remarkable areas created by the city’s head gardener, Holger Blom: staffed playparks. However, it was not long before Ulla Bodorff left the city parks department to set up her own agency, which she and her staff ran successfully until 1973. The agency’s remit included public parks, city planning for residential areas, as well as grounds planning for multi-family homes and industrial environments. She kept pace with the general social development during the post-Second World War era, with its emphasis on social welfare in residential construction. Further, her agency also covered the planning and construction of cemeteries, as well as a range of large and small private gardens.

Even before Ulla Bodorff established her agency she had already received commissions from several real estate agencies. Hyresgästernas sparkasse- och byggnadsförening (HSB: a cooperative association for housing) was her biggest client. HSB’s commissions not only involved major planning works with residences, retail centres, and recreational spaces, but also smaller residential gardens in places like Stockholm, Uppsala, Nynäshamn, and Eskilstuna. One of the most prominent residential areas was Reimersholme in Stockholm, which was constructed between 1942 and 1944 following Fred Forbat’s city plans. Reimersholme is often considered to be a well-protected archipelagic environment which emphasises its close ties to lake Mälaren. In actuality the remarkable topography resulted from recycling the left-over rubble from an older industrial site which had been demolished in order toexpand the shoreline and make room for housing. Consideration for children’s welfare is shown by play areas included in the development. Having a well-laid out play area outdoors also simplified life for housewives whilst keeping their households tidier, according to Ulla Bodorff. The 1950s Frösunda residential area in Eskilstuna, comprising narrow houses, high-rises, single-family houses and terraced housing, along with a small retail centre, is a salient example of Ulla Bodorff’s determination to work with different types of landscapes, where the area was planned and planted in such a way that the trees were in harmony with the buildings both in terms of their shapes and their characteristics.

Another major commissioner was Folkets Parkers Centralorganisation (a central organisation for folkparker, public recreation spaces) often working in combination with the architectural office of Kooperativa Förbundet (KF: a federation of consumer co-operatives). During Ulla Bodorff’s time as consultant for Folkets Parker from 1938-1955 the office worked on almost 100 folkparker throughout the country, including major renovations and completely new works as well as implementing minor changes. Ulla Bodorff’s most spectacular job for KF involved the roof gardens for their main office near Slussen in Stockholm. This was completed in the early 1940s and comprised a range of outdoor recreational areas such as Skulpturterrassen, Gymnastikterrassen including showers for both male and female staff, Plagen, Solariet, Rosengården, and Vildmarken. Several of these areas had glorious views across the city which were framed, painting-like, by openings in the roof garden walls. Källängsparken in Vimmerby, constructed following a competition in the 1950s, is today restored and listed. It is an excellent example of Ulla Bodorff’s view of how important it was that public park environments proved attractive to children and adults, by providing both play areas and recreational activities as well as beautiful flower plantations.

One of Ulla Bodorff’s most comprehensive jobs, dating from 1950, is the industrial site Stora Vika and its adjoining residential area of Marsta near Nynäshamn. The grandiose industrial landscape had resulted from a comprehensive transformation of the cultural landscape which was clearly damaged when the industrial site was built. Ulla Bodorff’s in-depth analysis of the landscape meant that she (as she put it, metaphorically) chose to give the landscape a new face. The rows of villas intended for company employees are remarkable due to their gardens; Ulla Bodorff carefully selected plants that would withstand the chalk dust they would inevitably be covered with. The richness of detail and the many individual features sharply contrasts with the apartment blocks, terraced housing and the largescale industrial surroundings.

Burial sites and cemeteries were also recurring commissions received at Ulla Bodorff’s agency. The most notable of these is Korsudden in Mora, which came about after a competition in 1955, and Berthåga, a 1960s burial site in Uppsala in which the resting places of the dead sit most remarkably within the surrounding landscape. Although the final outcome at Stora Vika is quite different, the largescale perspective is also visible there. Some of Ulla Bodorff’s more remarkable later projects include the terraced housing development Mälarblick in Bromma. The views across to Drottningholm castle form a principle feature of the finished product.

Whilst working as a landscape architect, Ulla Bodorff was also active as a writer and reviewer. She presented many of her own commissions in journals like Allmän svensk trädgårdstidning, Byggmästaren/Arkitektur, Havekunst, and Hem i Sverige. Her involvement with HSB included her work for the members’ magazine, Vår bostad, and her production of the book Min trädgård – i skog, på äng och på berg (1938). In this book she offered the tenants of HSB’s single-family homes practical and sensible advice on how to arrange their own gardens based on topographical and geological conditions. The popularity of the book was confirmed by the need to print two further editions, in 1944 and 1954.

In addition to her work as a private landscape architect Ulla Bodorff also maintained an active interest in the professionalization and improvement in status of her profession, both nationally and internationally. Ulla Bodorff was an influential board member of Föreningen Svenska trädgårdsarkitekter (the association of Swedish landscape gardeners) from 1943—1955. She also served as treasurer and editor for the International Federation of Landscape Architects (IFLA), established in 1948. She was also responsible for the federation’s touring photographic exhibitions from 1949—1965. Her work with IFLA took her to many different countries and helped her generate a sizable international and professional network of contacts, which included landscape architects Pietro Porcinai, René Péchère, and Sylvia Crowe, amongst others. Her prominent position was confirmed when she was appointed as a corresponding member of the American Society of Landscape Architects. She fulfilled the role of jury panel member several times in her role as chair of Landskapsarkitekternas riksförbunds tävlingsnämnd (the competition board of the national association of landscape architects).

Ulla Bodorff died in Stockholm in 1982. 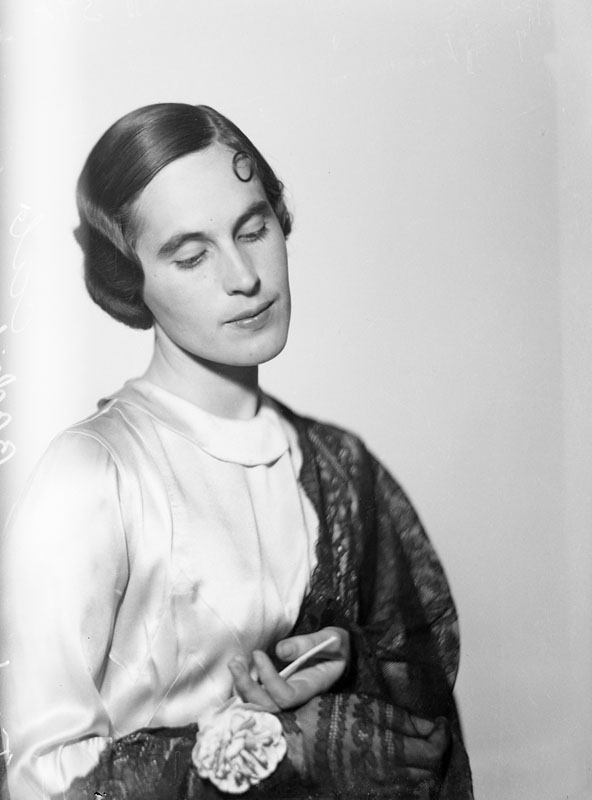