The author Ulla Trenter was – along with Maria Lang – a queen of the whodunnit novel in Sweden before the concept even existed. She first “appeared” in print in her husband Stieg Trenter’s books seated at his type-writing machine. Following his death she adopted his portfolio of characters and wrote another 23 crime novels in his spirit. She also worked as a translator and helped to train up other crime novelists.

Ulla Trenter was born Ulla Elisabet Andersson at Allmänna BB (maternity ward) in Stockholm in 1936. She was the daughter of director Elisabeth Andersson (née Kindgren) and Lennart Andersson, an office clerk. Upon matriculating at from Brännkyrka high school in 1956 she began to read English at university. She became close friends with Lena Trenter through whom she met Lena’s father, Stieg Trenter who was a well-known writer of crime fiction. When Ulla Trenter was 23 years old she began to work as a governess for Stieg Trenter’s daughter Florens. Stieg Trenter divorced his wife in 1960 and then married Ulla Trenter. Their three daughters were born during periods they spent living in Florence, Rome, and Stockholm. Laura was born in 1961, Elisabeth was born in 1965, and Cecilia was born in 1967. Following the death of Stieg Trenter Ulla Trenter and the family settled permanently in Stockholm.

Stieg Trenter (née Stig Johansson) had made his literary breakthrough as a whodunnit writer in the mid-1940s. He authored a total of 22 novels in which the central character was the photographer Harry Friberg, based on Trenter’s good friend Karl Werner (KW) Gullers. Harry Friberg’s sidekick was the short and vain – albeit incredibly intelligent – Superintendent Vesper Johnson, who in turn was partly modelled on the chief editor at Allers Runar Karlströmer. These books were classic murder mysteries and achieved much praise for their ingenious plots and evocative settings.

Stieg and Ulla Trenter began working together from the 1960s onwards. The couple jointly worked out plots and dialogue and it is said that Ulla Trenter was already sitting at the typewriter when Dvärgarna, published in 1963, was being written. Ulla Trenter was responsible for all the dialogue in the sequel, Döden på studieresa, which was published the same year.

Stieg Trenter died suddenly from a heart attack in the summer of 1967 just before his 53rd birthday. His final novel, Rosenkavaljeren, had only just been started and was finished by Ulla Trenter, albeit she allowed for it to be published in his name alone. The reviews it gained were positive and Ulla Trenter decided to carry on writing books in the same spirit, retaining the same central characters. The first book she authored on her own was Kungens lilla piga, published in 1968. The novel is set in Stockholm where Peggy Lindström is working at Husgerådskammaren (royal household department). She becomes the central figure when a mysterious body is found in the King Gustav III formal reception chamber at the castle. Harry Friberg happens to be present when the body is discovered and plays a vital part in solving the mystery. The story involves artistic circles in the capital and the plot includes Auktionsverket (auction house) and Moderna museet as well as a creepy old building in Stadsgården (central wharf), scene of the denouement. This novel was also positively received.

In Odjuret, published in 1970, Harry Friberg meets Astrid, an advertising expert, and they get married in Gästen, published in 1971. Ulla Trenter’s decision to allow the hardened bachelor Friberg to marry resulted in protests from the most dedicated Trenter fans but she did not let this put her off and instead she continued to introduce new characters in her subsequent works. In Döda rummet, published in 1982, she even makes a cameo appearance herself as a kind of Watson-type character working alongside Friberg. From 1968 until 1989 she produced a novel a year and in each one, except Drakblodet from 1976, Harry Friberg is the lead character. Drakblodet is set in London, where the world-famous Swedish crime novelist Eugen Lundgren disappears from a conference of murder experts.

The majority of Ulla Trenter’s whodunnits are set in Stockholm. Kedjan, published in 1973, sees the murder of a man at Villa Frescati at the Pontifical Academy of Sciences in Rome. En gång är ingen gång, published in 1977, is set at Reimersholme. Skyddsänglarna, from 1980, is based in a summery Stockholm where selective thieves undertake a break-in.

Loyal Trenter readers appreciated her exciting and enjoyable whodunnits, just as they had with Stieg Trenter’s crime novels. According to the reviewers, however, the quality of her books declined in the mid-1970s, in part due to the appearance of contrived plots. Nevertheless, De röda cirklarna, published in 1989, is centred around murder within a Sherlockian circle, and was hailed as very readable and entertaining. Ulla Trenter’s 24th and final book was Sköna juveler which was published in 1991. Ulla Trenter also wrote En Jurybok om Stieg Trenters mat, published in 1996, as a kind of final ending to the Friberg series. This book not only describes the food which Harry Friberg and Vesper Johnson eat in the books but also the food which Stieg Trenter enjoyed both daily and for special occasions, and includes recipes.

For several years, from 1998, Ulla Trenter and the journalist and reviewer Kerstin Matz ran courses for women in how to write an exciting whodunnit. They also co-authored two factual books on crime literature: Kvinnor & Deckare, published in 2000, which they also wrote with the author and journalist Bo Lundin, and Heliga mord: en läsebok om religion och brott, published in 2005. Further, Ulla Trenter also wrote a great number of short stories which were published in periodicals and crime anthologies. She also wrote a couple of ‘LL’ (easy-to-read) stories – Samtal med döden, from 2004, and Varför dör grannarna? from 2006 – as well as the collection of short stories entitled Lustmord and published in 1999, in collaboration with the journalist and author Inger Jalakas. The latter work parodied male fictional detectives, including Harry Friberg who appears here as Henry Fröberg.

In 1969 Ulla Trenter remarried. Her second husband was Johan ‘Jan’ Palm, agency secretary and later head of agency at Lotterinämnden (the Lottery). They had a daughter together name Johanna, born in 1970, and in 1975 they moved from Stockholm to Kalkuddens gård in Mariefred which they felt offered a better environment for their children to grow up in. In Mariefred Ulla Trenter Palm, as she was now known, became involved in various organisations. Amongst other things she served as a board member of the local Rädda Barnen (Save the Children) association and as jubilee secretary for the Gripsholm 450th jubilee celebration. She made use of these experiences during the 1987 jubilee summer at Gripsholm in her book Döden i rikssalen, published in 1988, in which the author is directly engaged in discovering the murderer.

Ulla Trenter was politically active as well, as a member of the Centre Party where she served on the culture committee and in the Strängnäs municipal board. She was also a church warden and a singer in the choir in Mariefred congregation. In 1979 she wrote a guidebook on her local area, entitled Mariefred: staden, slottet, omgivningarna, which was illustrated by Harry Karlsson, an artist from Mariefred.

Ulla Trenter was also a study organiser of Studieförbundet Vuxenskolan in Mariefred and from 1987 onwards she worked for the population registration agency until she retired. In addition to her local duties she was also involved in events run by Föreningen Kriminalförfattare (crime writers’ association) in Stockholm and she was a treasured member – and later an honorary member – of Novellmästarna (masters of short stories). In 1987 she was elected into Svenska Deckarakademin (Swedish Crime Writers' Academy). Other well-known members include Maj Sjöwall, Jan-Olof Ekholm, Jan Broberg, and Åke Runnquist. She served on the Academy’s presidium.

Having completed a translator’s course at Stockholm university Ulla Trenter then began to work on translations from both English and Italian towards the late 2000s. Amongst her translations are three court-room whodunnits by Gianrico Carofiglio and an autobiographical account by Nicolai Lilin originally in Italian. Peter Tremayne, who writes about a Celtic nun during the 600s, was published in Swedish thanks to Ulla Trenter, as was Agatha Christie’s biography by Laura Thompson.

A few years after the death of her second husband, Johan Palm, in 1999, Ulla Trenter transferred ownership of Kalkuddens gård to her daughter Johanna and moved to an apartment in central Mariefred. She suffered from poor health during the final years of her life and only had the energy to read, which she did with great enthusiasm within Svenska Deckarakademien’s reading group of translated crime novels. Eventually her life-force faded and she died in 2019, five days after her 83rd birthday. The funeral was held at Mariefred church. 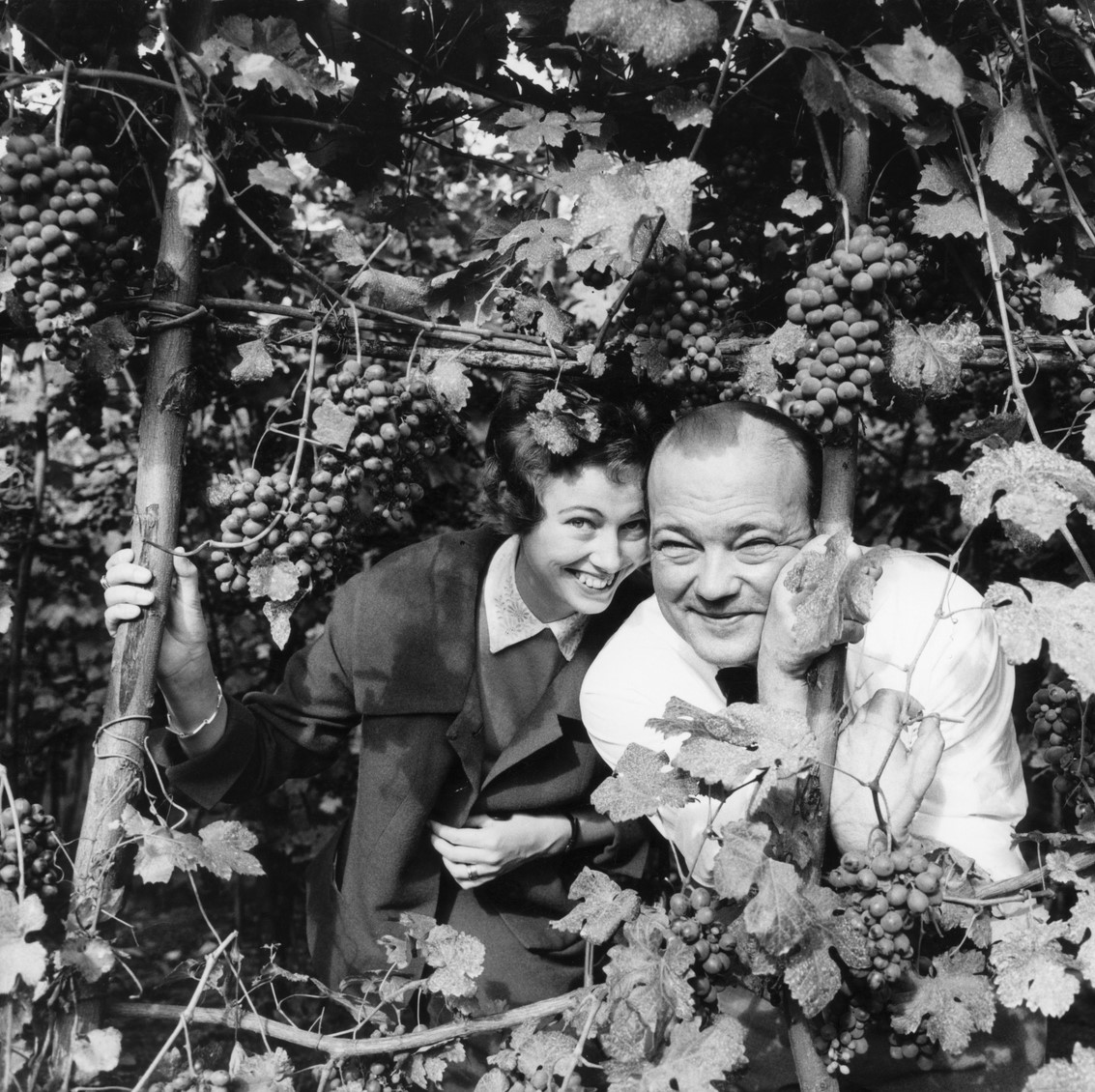