Ulrica Arfvidsson was a fortune-teller who was active in Stockholm during the second half of the eighteenth century. She was known as Mamsell Arfvidsson and is said to have forewarned King Gustav III about his own murder.

Ulrica Arfvidsson was born in Stockholm in 1734 as the daughter of a caretaker of the royal palace, Erik Lindborg, and his wife Anna Katarina Burgin. She took the surname of her stepfather, a chef named Arvid Arfvidsson. She appears to have enjoyed a financially rather comfortable childhood. Her father left a sizable book collection on his death. Her stepfather later became the royal head chef. Ulrica Arfvidsson thus came from a well-to-do background and was educated to a degree. She grew up in the environs of the royal court.

It is not clear exactly when Ulrica Arfvidsson began her fortune-telling career but her name appears in several memoirs, dairies and letters from the 1780s onwards. She could read palms and cards, but she mainly read coffee grounds. This had become trendy amongst Stockholm’s fortune-tellers, who were also known as “kaffe-pytissor” (coffee readers). Ulrica Arfvidsson was said to have a well-developed network of spies, which probably contributed to the rumours that she was never wrong in her predictions.

Ulrica Arfvidsson had two maidservants. One of these, named Adrottja, probably also contributed to Arfvidsson’s reputation. On her death Adrottja was descried as a “maid from Morocco, a Turkish woman baptised here”. How she ended up in Ulrica Arfvidsson’s service remains a mystery, although she was said to have been a slave. The first time she is mentioned is in 1775.

The tax census for 1780 reveals that Ulrica Arfvidsson was taxed due to her affluence, confirming that she was already a well-known and successful fortune-teller. Those who were said to have visited her included Carl August Ehrensvärd, Duke Karl and Magdalena Rudenschöld.

King Gustav III was, however, the most eminent of her recurrent visitors. He was said to have been given readings which could be interpreted as warnings that he was about to be murdered. At one point he was apparently informed that he should beware a gentleman he would meet who bore a dagger as he “seeks to take your life”. Shortly thereafter the king is said to have met one of the men who turned out to be a conspirator against him, Adolph Ludvig Ribbing, who was carrying a dagger. According to another account the king was to beware the first man he met wearing a red vest – and shortly thereafter he met the same Ribbing wearing a red vest. There is also an account that tells how Ribbing, after learning that the king had been warned about a man in a red coat, had a red coat made for himself in order to intentionally scare the king. These predictions of the king’s death have appeared in several novels and operas about the king’s murder.

Ulrica Arfvidsson’s activities during the 1780s apparently incurred considerable offence. She moved from the affluent quarter where she was living to a poorer area, where the police super intendent Liljensparre banned Mamsell Arfvidsson from further fortune-telling. However, this ban is only mentioned in one letter and appears never to have been enforced, perhaps because Ulrica Arfvidsson had powerful protectors.

Towards the end of her life Ulrica Arfvidsson’s career as a fortune-teller dried up and in 1800 she is described as “listless and penniless”. She died in Stockholm in 1801. 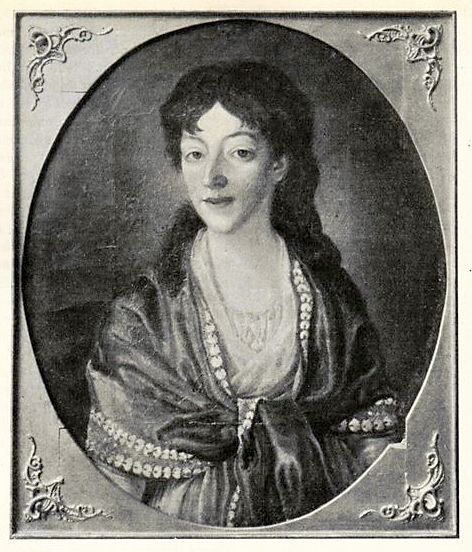