Ulrica Widström was a renowned poet of the early 1800s who was particularly appreciated for her collection entitled Erotiska sånger.

Ulrica Widström was born in Stockholm in 1764. Both of her parents served at the royal palace. Her father, Petter Nicklas Forssberg, was a royal footman and an organ-builder. Her mother, Catarina Maria, was a cleaner. Growing up around the palace meant that from an early time Ulrica Widström gained influential protectors. One of her godparents at her baptism was Charlotta Fredrika von Fersen, a countess and chief lady-in-waiting to Queen Sofia Magdalena. With the countess’s support Ulrica Widström was able to study languages and music. Carl Christroffer, a publicist, served as her mentor when she began to publish her own poems in the press in her early 20s. During her youth her circle of friends included the poets Thomas Thorild and Carl Gustaf af Leopold.

In 1790 Ulrica Widström married Sven Widström, a violinist in the royal orchestra. They settled in “Staden” (namely, Gamla stan, the old town) in Stockholm and they had five children together during the period of 1792–1803. Ulrica Widström remained an active writer throughout this period – her Erotiska Sånger was published in 1799 – whilst also producing translations. She was possibly also in service at the royal court.

When King Gustaf IV Adolf suddenly fired the whole royal orchestra in 1807 the family fell into financial difficulties. The family found they could not recover from debts which arose following Sven Widström’s redundancy despite Ulrica Widström taking on work as a governess and Sven Widström gaining new employment at the royal court as a musical instructor to Duke Oscar. Following the death of Ulrica Widström’s husband in 1812 she moved to Kyrkefalla in Västergötland. She lived there for almost two decades, working as a governess for a clergyman’s family. She had already lost two of her children to illness when they were young and in Kyrkefalla she lost a third child who was a young teenager.

During the last ten years of Ulrica Widström’s life, from 1830–1841, she and one of her daughters ran a girls’ finishing school in Mariestad. The author Sophie von Knorring was one of her supporters at the time. Fredrika Bremer also figured within her extended network of contacts.

Ulrica Widström’s early poems, published in the Stockholms-Posten newspaper during the 1780s, were pastoral prose poems in the style of the Swiss Salomon Gessner. Her Erotiska Sånger is characterised by pastoral motifs, with shepherds and shepherdesses cuddling in the idyllic countryside. The mythological elements of her poetry reflect the 1700s craze for ancient times and their tales about the gods. In addition to these classical elements pre-Romantic aspects also emerge in the emotions and personal experiences expressed, such as in her poem “Vid min sons död, den 30 April 1797”. Erotiska Sånger was acclaimed by the likes of Per Daniel Amadeus Atterbom, a figure who belonged to the new, romantically-oriented generation of poets during the early 1800s. He discerned aspects of the poetic ideals of the new era in Ulrica Widström’s work. Atterbom believed that her qualities were due to her “true femininity”, and further stated that this made her a better poet than the satirical Anna Maria Lenngren.

Ulrica Widström also produced work within other genres. In 1801 she released a work of verse called Dalkarlarne, which was followed, ten years later, by a book entitled Höstaftnarne Fruntimmerna tillegnade, a work intended to number another three volumes but was hampered by a lack of success. She also made several attempts to write plays and authored a two-act play called Brunnsjournal. Den unga Enkan eller de fyra dagars stunder. Two examples of her translation work are the play Jenny Mortimer eller röfvarbandet i skottska Bergen and the poetic inserts in Matthew G. Lewis’s famous gothic horror novel The Monk.

At her friends’ instigation a book entitled Ulrika C. Widströms Samlade Witterhetsförsök was published in 1840. The next year, just before Ulrica Widström died, she was awarded a gold medal by the Swedish Academy in recognition of her literary output. Subsequently her work was largely forgotten. It re-emerged within feminist anthologies and literary analyses towards the later end of the 1900s. Her poem “Korgen”, in particular, from Erotiska sånger, has gained attention. The narrative voice recounts a case of sexual assault and offers a warning to other women: “Han mig i sina armar snärde / Och gäckande min gråt belog / Och sedan grymt den blomman tog / som gjorde hela korgens värde” (He trapped me in his arms / and mocked my tears with his sneer / and then nastily stole the flower / which was the treasure of the whole bouquet).

Ulrica Widström died in Mariestad in 1841. 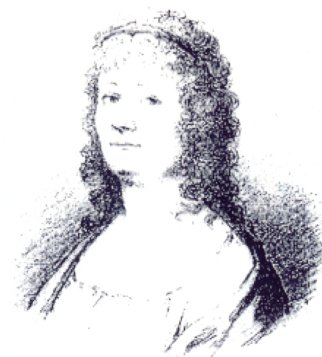