Vira Eklund was a parliamentarian, a public school teacher, an author, and a popular folklorist. She was one of the influential figures of the temperance movement and she was also one of the founders of Frisinnade folkpartiets kvinnoförbund (liberal people’s party women’s association), and for a time served as that association’s chair.

Vira Eklund was born Maria Elvira Gustafsson in Rytterne parish, Västmanland in 1880. She was the daughter of Maria Andersdotter and Gustaf Johansson, the latter of whom was a young agricultural labourer working at Fiholm farmhouse at the time that Vira Eklund was born. Later on her father became farmer in Västerfärnebo. Vira Eklund married a building contractor named Oskar Eklund in 1902. The following year their first child, the daughter Ellen, was born, followed eleven years later by their son Eyvind.

When Vira Eklund was 18 years old she gained her junior-school teacher qualification in Västerås, and was subsequently given dispensation to work at a public school. The following year, in 1899, she began her lengthy career as a public school teacher, serving in various places across Central Sweden. Her longest-lasting post was in Ösmo where, after nineteen years’ service at Herrö public school, she brought her teaching career to an end in 1940.

Vira Eklund was brought up in the Good Templar tradition and she herself was also a member of the IOGT temperance association, which was the Swedish branch of the Independent Order of Good Templars (now IOGT-NTO). She believed that IOGT did not just save people from the sickness caused by intoxicating drink but that it also gave its members richer lives through employment, high standards, and fellowship. Vira Eklund’s heavy involvement in women’s rights led her to join the women’s temperance movement Vita Bandet (White Ribbon), for which she served as a member of the main board for many years. Vira Eklund undertook lecture tours throughout much of Sweden on behalf of temperance and the women of Vita Bandet. She did not hold back from entering into public debates with other women in the daily press. An example of this is when, in 1925, she wrote several polemical articles entitled “Kvinnorna och nykterhetsfrågan” for the Tidevarvet journal, to which Ebba Holgersson and others responded. Another example is the 1930 debate in Reformatorn, the temperance newspaper, which she and her friend Elin Sundberg engaged in, putting forward opposing sides regarding the position of women within IOGT.

Vira Eklund had a creative and artistic side to her which she developed at an early stage during her teaching career. Her career as a writer of fiction began properly in 1905 when she released her debut novel, Vårbrytningar, under the pseudonym of Wira. She became a well-known author and several of her popular portrayals of folklife were heavily disseminated throughout Sweden and Denmark. Vira Eklund published about 10 novels and short-story collections in the period leading up to 1943, including Folket i Rågnora in 1923, Birgit Ramm in 1928, Det ljusnar över bygden in 1933, and Eva och livet in 1943. Vira Eklund’s 1927 book Sjöboda skola and Syster Gerda from 1930 describe in a critical yet also humorous manner the working conditions which female teachers and nurses endured. In 1930 Märta Tamm-Götlind wrote a review of Syster Gerda for Tidevarvet, noting that: “Vira Eklund deserves thanks and credit for having written such an amusing book about such serious conditions. Hopefully this will make people pay attention”.

Vira Eklund was active at trade-union and political levels for many years. In 1915 she joined the Frisinnade landsföreningen party and later became deputy chair of its council of trustees and a member of its executive committee. In 1924 she, along with Ellen Hagen and Emilie Rathou and others, took the initiative of setting up the Frisinnade folkpartiet women’s group, known as Folkpartiets kvinnoförbund from 1935, for which she served as chair until 1938.

When Vira Eklund was elected as a parliamentarian in 1934, as a member of the second chamber, she gained more than a thousand more votes than the next male colleague. She also became one of the earliest liberal party female members to serve in parliament. She had an incredibly busy two-year stint as a parliamentarian during which she put forward thirteen of her own motions – the majority of them concerned educational agencies and their staff. Vira Eklund was not afraid to be heard and when Tidevarvet in the spring of 1934 sent Elsa Svartengren out to report “from the parliament’s benches” Svartengren was very surprised to see a woman daring to stand up during a vote: “it was the liberal party’s female representative in the Second Chamber – newly elected – Mrs Vira Eklund. I absolutely had to, in the heat of my astonishment, head down to ask her how she dared – think for herself. ‘Yes, well I shouldn’t have to ask my party about this’, she answered with a clever smile. ‘Why else would I be here?’”. A later issue of Tidevarvet contained a report by Elsa Svartengren on the uproar which had arisen in the Chamber when Vira Eklund had spoken out no less than three times on the same day that she held her maiden speech. Not everyone believed it appropriate for a new arrival in parliament to do so.

When Sigrid Gillner, a Social Democratic party parliamentarian, warned in a controversial 1935 publication entitled Kvinnorna vantrivas, that a woman’s social activism could negatively impact her maternal duties, Vira Eklund responded in Hertha saying: “For my part I have felt no discomfort, perhaps because I do not apportion greater value to one task above another”.

Vira Eklund died in 1967. She is buried at the Woodland Cemetery in Stockholm. 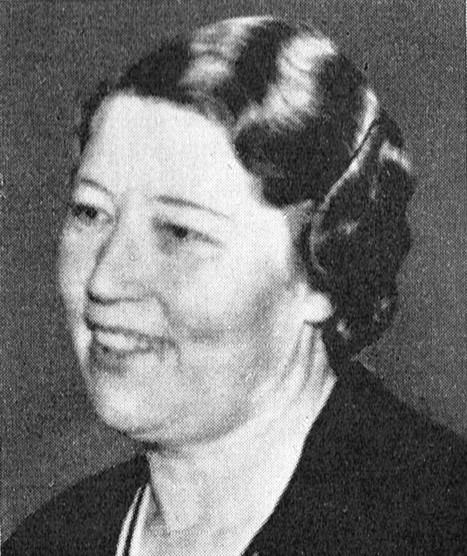