Viran Rydkvist was a Swedish actor who was a pioneer as a woman who ran a theatre.

Viran Rydkvist was born in Stockholm in 1879. Both of her parents were actors and her father also ran a theatre. Viran Rydkvist made her theatre debut as a member of the chorus in Boccaccio at the Arena theatre in Stockholm in 1897. She was then employed by Albert Ranft and toured with his ensemble throughout the Swedish countryside. During the 1900–1903 period she was associated with the Folkan theatre in Stockholm and, following a second period of time working with Albert Ranft, she arrived in Gothenburg, the town she remained in for the first half of her career.

Following her first appearance on the Storan theatre stage in Gothenburg, in 1906 she became associated with Folkteatern, run by Axel Engdahl in Lorensbergsparken. In the main she appeared in revue shows, but also in farces and comedies, until Engdahl’s death in 1922. In addition to working with Engdahl she also went on tours and set up her own acting ensemble. The majority of the characters she portrayed were comical roles, in particular powerful and stern women. Her beautiful soprano voice was well-suited to operettas and revue shows, whilst her talent for comedy meant that she was able to play everything from light comic roles to fully developed character roles.

Following her time in Gothenburg Viran Rydkvist moved to Stockholm where she began the second half of her career. She continued performing on the stage, mainly at the Vasa theatre, but also appearing on the radio and the silver screen. Her most memorable film roles include that of the headmistress Agda Löfbeck in Swing it magistern and Magistrarna på sommarlov, which also featured Alice Babs, amongst others. During the latter part of her career Viran Rydkvist appeared in 29 films.

In addition to acting Viran Rydkvist was also one of the first women to run a theatre in Sweden. In 1915 she, along with Gerda Thomée Mattsson, established Slottskogsteatern which was an open-air theatre in Gothenburg. The following year she singlehandedly set up Göteborgs friluftsteater (Gothenburg’s open-air theatre), which she ran by herself until 1923. During the 1922–1935 period she ran Lilla teatern in Gothenburg, which has been described as one of the last people’s theatres in Sweden. The repertoire typically comprised popular comedies and other comical plays, as well as more dramatic pieces containing more serious material.

Viran Rydkvist’s period as manager of Lilla teatern was important in several regards. Through her strategic choice of repertoire she was able to portray women’s rights and the conditions they lived under in a variety of ways. Her efforts were also important to many young Gothenburg playwrights who gained the opportunity to have their work performed at her theatre. Viran Rydkvist also launched the career of the playwright Vilhelm Moberg at Lilla teatern.

Viran Rydkvist died in Stockholm in 1924. She is buried at the Norra cemetery in Solna. 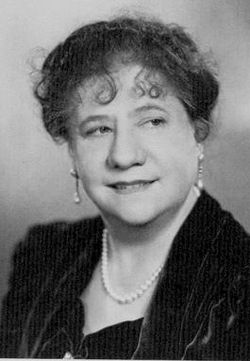