Viveca Lindfors was an internationally renowned actress who was acclaimed for her contributions to film and theatre.

Viveca Lindfors was born in Uppsala in 1920. She was the youngest of three children born to Torsten Lindfors, an officer of the Uppland artillery regiment. When her father realised that his options for promotions within the Uppsala military ranks were limited he sought decommissioning at the rank of major and the family then moved to Stockholm. Later they moved on to Lidingö. He set up a publishing house and became a writer of sporting and military matters. Viveca Lindfors’ autobiography describes the typically bourgeois family she belonged to in which everything was centred around her charismatic father who raised his daughters according to the motto of “officer’s daughters do not cry”. Both of his daughters competed with each other for their father’s affections whilst their mother was perceived to be vague and compliant by the youngest daughter. Their beloved brother – who later committed suicide – was sensitive, talented, and prone to depressions.

Viveca Lindfors enrolled at the Dramaten elevskola (royal theatre school) in 1938. As a child she had already been a student at the Jeanna Falk ballet school which had made her aware of the range of expression that the body was capable of. She also made a friend for life there. It was, however, through the medium of film that she became a national star. As a student she became renowned for her beauty and talent and slowly but surely she was given increasingly important roles to play on the Dramaten stage. She did not win plaudits for everything she did. Whilst she was favourably reviewed for her portrayal of the title role in the comedy Diana går på jakt, she was only mentioned in passing in the following season when she appeared in the 1941 performance of the play Vi skiljas, directed by Alf Sjöberg. Her performance of Diana går på jakt in the summer of 1940 was a significant point in her life. The Dramaten students put this play on under their own steam and guided by Erik ‘Hampe’ Faustman. This development inspired Viveca Lindfors to innovate and be spontaneous on stage.

Viveca Lindfors’ career got a major boost through the medium of film. Before she appeared in Tänk, om jag gifter mig med prästen – which premiered in 1941 – she had only played a small part in Thor Modéen’s filming of Snurriga familjen in 1940. In her first major role she acted opposite Georg Rydeberg in a passionate love story and the film's reception and success rested on the fact that the couple had shared a steamy relationship when they were both students at Dramaten. The film inevitably became a hit. These two individuals produced a rarely-seen intensity on the silver screen.

For a while Viveca Lindfors played several similar roles in films like Gula kliniken, from 1942, Brödernas kvinna, from 1943, Anna Lans, from 1943, and the 1944 Jag är eld och luft in which her beauty is particularly apparent in close-ups along with her tangible expressions in her performances. All of these films deal with relationship complications, such as the abortion issue in Gula kliniken and Anna Lans, which tells of a ‘fallen’ woman’s penance and recovery. Georg Svensson wrote, in Bonniers Litterära Magasin, with an ulterior implication that “the star of the film, Viveca Lindfors, shines with a dark, dangerous sheen and her alluring physical appearance is designed to dampen the public’s ability to tell the difference between laughable gibberish and a great tragedy”. It was, however, the 1944 film Appassionata, directed by Olof Molander, head of Dramaten, with Georg Rydeberg playing the male lead, which came to represent the peak of her career and which led the way to Hollywood. The film showed to fully-packed audiences in several countries, including Denmark where it went under the name of Elvskogs-Sonaten, and was shown in several cinemas for months at a time.

Viveca Lindfors was immediately offered a lengthy contract by Warner Bros. She rushed off to Hollywood only to be kept waiting for several months without any work. When she finally did get offered parts they were disappointing ones, such as the role she was given in Adventures of Don Juan in 1948. When she complained she was fired. Eventually her agent came across options that she found acceptable, much of which included working with well-known directors such as Nicholas Ray (King of Kings, 1961) and Fritz Lang (Moonfleet, 1955). However, her main source of income – sorely needed to provide for her three children – came to be TV-work. Her youngest child was the result of a relationship with the director Don Siegel, whom she married in 1948.

Viveca Lindfors was driven by her ambition to improve herself professionally. She understood that no matter how little scope for development was available to her in Stockholm, there was just as little for her to gain in Hollywood. So she moved to New York and spent many years working on Broadway, following a successful performance in the play Anastasia at the Lyceum Theatre in 1954. She also performed at another theatre with Orson Welles in a 1956 production of King Lear. This was at the time when she became acquainted with Lee Strasberg, the legendary director and theatrical instructor at the Actors Studio. There she discovered a new way of adopting a role, through ‘method acting’. According to her it was Strasberg’s demand to see her own personality either become apparent alongside the part she played or shine through it which led her to understand that she could not ‘truly’ act without giving of herself. The parts she played could not be a mask, but instead had to take the form of an integral performance. “The combination of feelings and logic is a requirement”, as she put it.

Viveca Lindfors had met the Hungarian author George Tabori on a trip to Paris a few years before she began to work with him. The couple married in 1954 and her husband adopted her children as his own. Their marriage lasted for 18 years and their companionship within theatre lasted just as long and was equally fruitful within their joint company Strolling Players. Viveca Lindfors would perform in the plays which her husband wrote. Their divorce in 1972 led to a severe crisis for her, which she worked through in her ensuing projects. She had also been active within the anti-Vietnam war movement and was connected to New York’s left-wing circles. The producers and directors of ‘independent’ films which she worked in also inhabited the left of American politics. These included the likes of Sydney Pollack, who directed The way we were in 1973, Oliver Stone, who did The Hand in 1981, and George Romero, who gained cult-like status through his Creepshow from 1982.

Viveca Lindfors’ earnest lifelong search to understand herself, her motives, her sexuality, and her profession led her to write and produce a play called I am a woman which was performed more than 350 times from 1972 onwards throughout the USA. Each performance was followed by a discussion with the audience. She brought the play to Sweden in 1975. She appeared to have an endless creative spirit and at the age of 70 she directed her first major film, called Unfinished Business (Oavslutad historia), which premiered in 1987. This film tells the story of an actress who puts on a play with her husband on his return from Europe, following his affair with a young woman. Six years later she headed out on tour with another play she had written, called Anna – the Gypsy Swede. She brought both this play and the ensuing In search of Strindberg to Sweden. Through these plays she made a very important and lasting contribution to the women’s movements both in the USA and in Sweden. She was generous with her knowledge and taught at the School of Visual Arts in New York.

Viveca Lindfors was awarded the Silver Bear for best female actress at the 1962 Berlin film festival. She was also given the Special Jury Prize at the 1988 Sundance Film Festival and the American Emmy Award in 1990 for her role in Save the last dance for me. She also received the ‘Stockholm Lifetime Achievement Award’ at the 1992 Stockholm film festival.

Viveca Lindfors died in Uppsala in 1995 in the middle of touring with her play In search of Strindberg in which she herself played the part of August Strindberg. Genealogists have subsequently discovered that she was distantly related to Strindberg, as indeed she was to Greta Garbo, Ingmar Bergman, and Zarah Leander. A large number of interviews with Viveca Lindfors from her autumn years have survived. 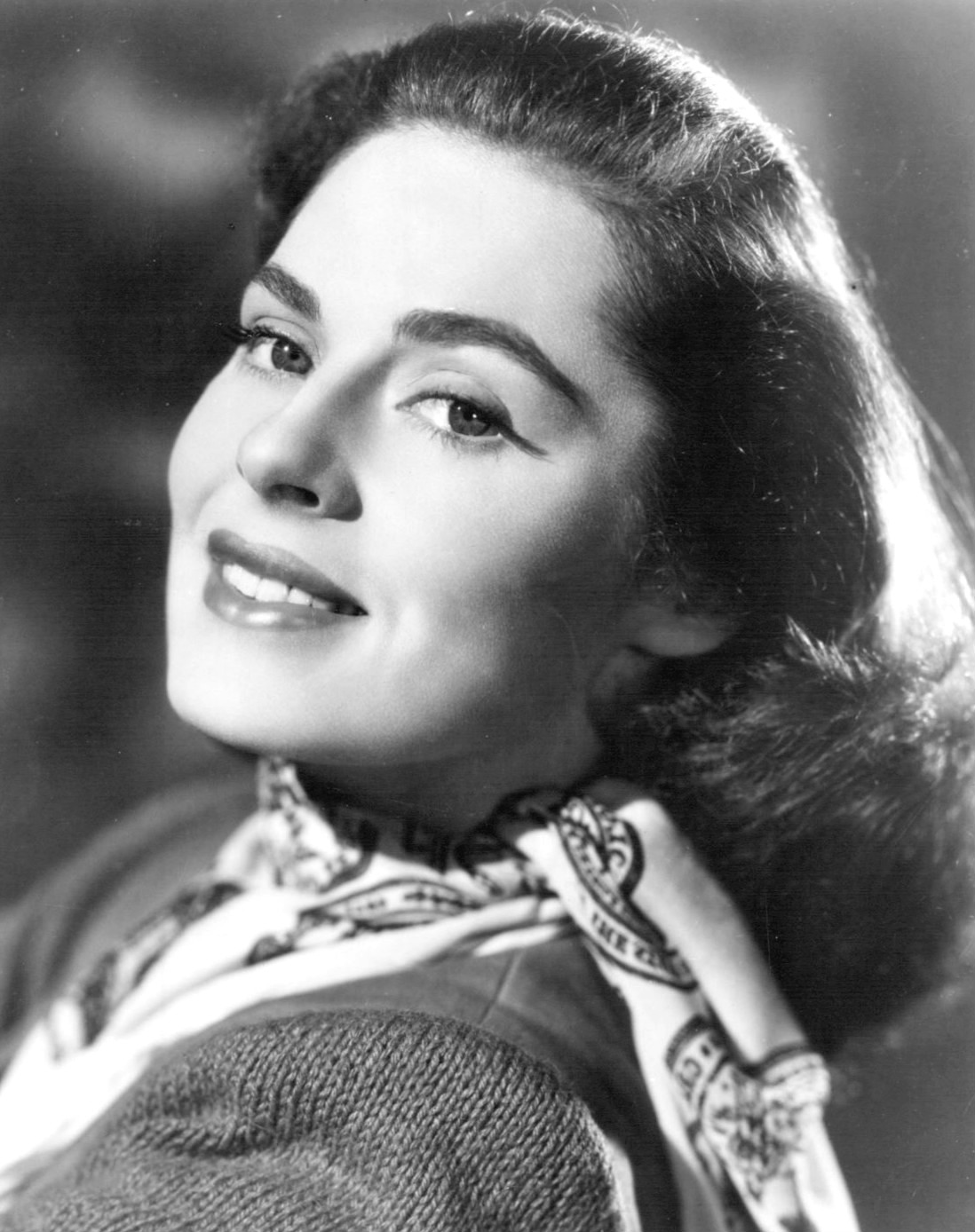