Vivi Edström was the first professor of literature with literature for children and young people as a speciality in Sweden and the Nordic countries.

Vivi Edström was born in 1923. She lived at first in the working-class district of Gamlestan in Gothenburg. Her mother Elvira Blom, née Prytz, was a housewife and her father Evald Blom was a policeman. Vivi Edström had an older brother, Arne. The family was poor and there were no children’s books in their home, but thankfully there was a public library. Vivi Edström liked reading and she was encouraged by her parents and schoolteachers to continue her studies after elementary school, so she attended the Gothenburg grammar school for girls where she matriculated in 1942. She had plans to apply to the elementary teacher training college in Stockholm. She passed all the theoretical entry tests, but failed in the handicrafts and singing tests and therefore was not accepted. Vivi Edström remained in Gothenburg instead and supported herself by being a temporary teacher at schools at every level: elementary, lower secondary, and upper secondary, as well as the girls’ grammar school that she herself had attended. For a while, Vivi Edström also worked as a private secretary to Greta Hedin. In 1943, she registered as a student at Gothenburg College (now the University of Gothenburg) and studied history and the history of literature with poetics. In 1948, she was awarded her B.A. degree and later the same year also took her M.A. degree to be able to teach at grammar schools. She wanted however to do research instead and continued to immerse herself in the history of literature with poetics and eventually gained her Licentiate degree in 1951. The same year, she was awarded a scholarship to study in Cambridge.

During her years of study, she met her husband-to-be Josef Edström who was a historian and archivist at the provincial archives in Gothenburg in 1947–1971 and who in 1955 gained his Ph.D. in history at the University of Gothenburg. The couple married and had two daughters: Kristina in 1958 and Margit in 1964. Vivi Edström continued her studies on Selma Lagerlöf and writing her thesis. Her husband shared the housework and took great responsibility during that period. Vivi Edström burned for research and published a couple of essays on the symbolism of the weave in Viktor Rydberg, on Selma Lagerlöf and on August Strindberg in Göteborgsstudier i litteraturvetenskap in 1954 and ”Gud styr” on the motive displacement in Jerusalem, published in Lagerlöfstudier in 1958. In the spring of 1960, Vivi Edström was awarded her Ph.D. in the history of literature with poetics with the thesis Livets stigar. Tiden, handlingen och livskänsla i Gösta Berlings saga. Her thesis is a pioneer work through its structural analysis of one work, Selma Lagerlöf’s debut novel Gösta Berlings saga* with respect to its complexity in composition and narrative perspective. The thesis was highly praised and Vivi Edström was made a senior lecturer in 1961.

During the years that followed, 1961–1971, Vivi Edström worked as a temporary university lecturer in the history of literature with poetics at the University of Gothenburg and she held courses on general history of literature and also children’s literature. She came into contact with the latter thanks to her own children and developed that to be one of her two main research fields. The other was the Selma Lagerlöf research mentioned above. With her colleague Per-Arne Henricsson, a senior high school lecturer, she edited the anthology Novellanalyser published by Prisma förlag in 1971. The book was aimed at a broad group of readers, students, secondary school pupils and the general public. Vivi Edström’s contribution was two analyses, one of Selma Lagerlöf’s ”Gudsfreden” and one of Tage Aurell’s ”Pingstbrud”.

With Lars Furuland, the professor in sociology of literature at the University of Uppsala, Vivi Edström was the project leader for the research project “Barn- och ungdomslitteratur i Sverige”, financed by Riksbankens jubileumsfond in 1974–1976. The project was a collaboration between the Universities of Stockholm and Uppsala, and three research assistants were employed in it: Ulla Lundqvist, Stefan Mählqvist and Sonja Svensson, who were all doing research on children’s literature. The project was successful and resulted in theses and anthologies. Vivi Edström had a close collaboration with the Svenska barnboksinstitutet and sat on the board in 1975–1991. She collaborated in the anthology Kring den svenska ungdomsboken: analys, debatt och värderingar in 1977, whose editors were Ulla Lundqvist and Sonja Svensson. Vivi Edström published her book Barnbokens form: en studie i konsten att berätta in 1980, which has become a classic that has been published in several editions, the latest in 2010. The book has had great significance for the development of the field of research into children’s literature in Sweden, by focusing on the literary text itself. In her book, Vivi Edström investigates the forms of children’s literature by showing their patterns and various styles in close analysis of the texts. She also published at that point a shorter study in 1981: Flickan i dockskåpet. Fångenskapsbilder i svensk ungdomsbok.

In 1982, the first Swedish professorship in literature with special focus on literature for children and young people was situated at the University of Stockholm. Vivi Edström became its first incumbent in 1983 and thereby the first woman professor of literature at the University of Stockholm and the first professor of children’s and young people’s literature in the Nordic countries. It was her first appointment proper at a university. During her six years as professor in 1983–1989, the field expanded and the children’s literature environment grew ever stronger at the department. Vivi Edström supervised about ten postgraduates and she was an important role model and mentor. She published several anthologies with her seminar students like for example Ungdomsboken: värderingar och mönster in 1984, with Kristin Hallberg and Vällingssäck och sommarvind: versen i barnens värld in 1987, with Märtha Nettervik and later also the anthology Vår moderna bilderbok in 1991. Vivi Edström focused more and more on Astrid Lindgren’s authorship and remained faithful to her throughout her life with analyses of among other books Pippi Långstrump, Emil i Lönneberga, Mio, min Mio and Sunnanäng. She also published Selma Lagerlöf och Strindberg in 1985, in the Lagerlöfsällskapet’s pamphlets, and in 1986–1989 she was in the leadership group for the publication of Strindberg’s collected works.

Even when she had retired, Vivi Edström was a particularly active and productive researcher. She was the chairperson of the Selma Lagerlöfsällskapet in 1979–1991 and published several books on that author: Selma Lagerlöfs litterära profil in 1986, Selma Lagerlöf in 1991, and the great biography much praised by critics: Selma Lagerlöf – livets vågspel in 2002, that was nominated for an August Prize. She sat on the board of the Astrid Lindgrensällskapet, that was founded in 2002, until 2004 and she published several important studies on Astrid Lindgren’s authorship: Astrid Lindgren: Vildtoring och lägereld from 1992 is a prize-winning pioneer work that for the first time gave a comprehensive picture of her whole authorship, in which the genre renewer and Astrid Lindgren’s ear for children’s ways of thinking and feeling were emphasised as specific features. Other important books are: Astrid Lindgren och sagans makt in 1997; Kvällsdoppet i Katthult: essäer om Astrid Lindgren diktaren in 2004; and Det svänger om Astrid in 2007. Vivi Edström wrote a great number of essays for various anthologies and journals during the years, in for example Barnboken and Opsis Kalopsis. Vivi Edström was early out in her research internationally by publishing articles in German, French and English, and several of her studies have been translated to English and German. Her last book was about the author Jane Austen, with the book Livets gåtor in 2009.

Vivi Edström was the vice chairperson of the Eneby branch of the Fredrika-Bremer-Förbundet in Täby/Danderyd. The latter was also the district in which she lived during her years in Stockholm.

Vivi Edström died in 2018. She is buried in Danderyd Cemetery. 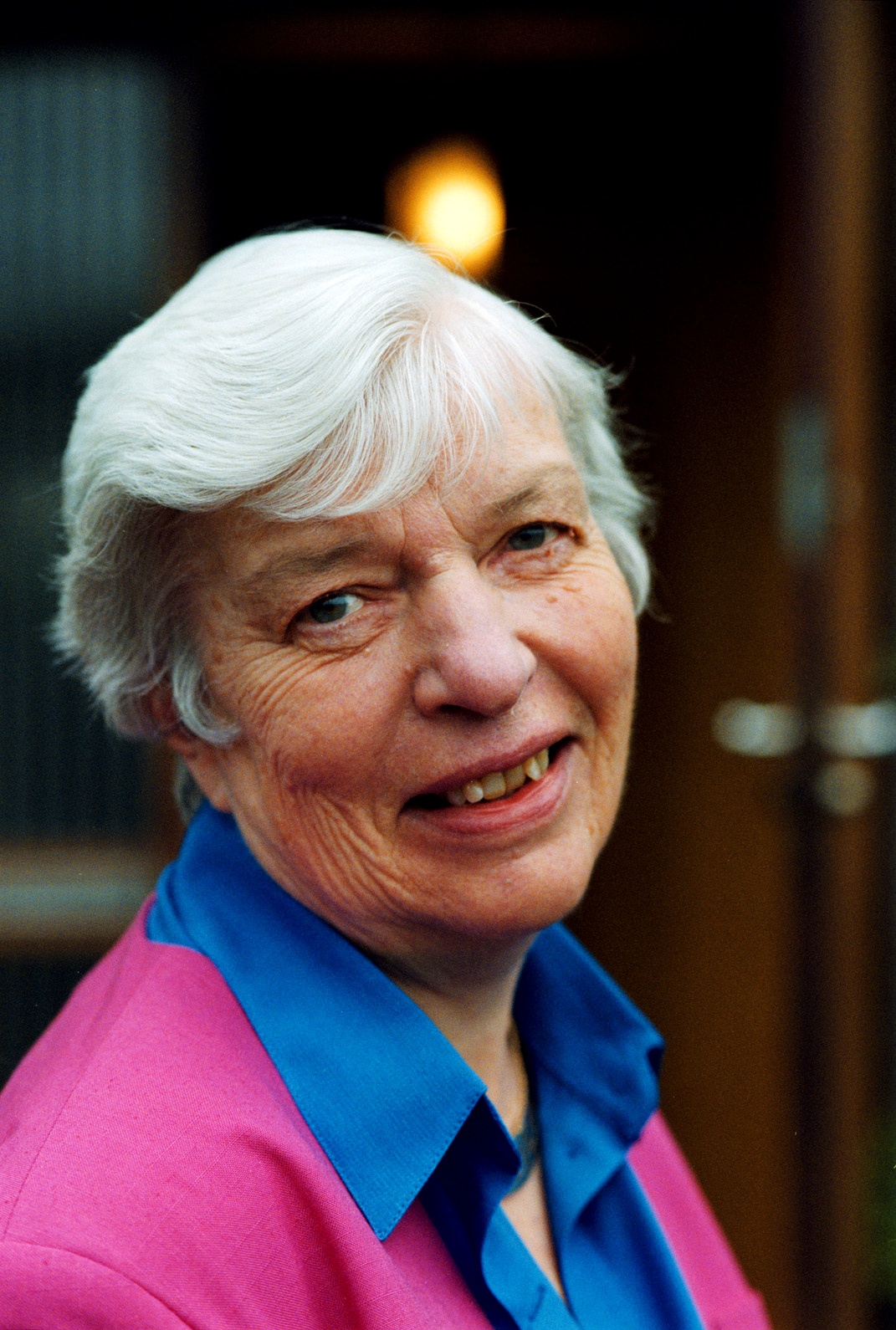