Wendela Andersson-Falck was an artist, illustrator and gymnastics teacher, one of the pioneers in Swedish women’s gymnastics.

Wendela Andersson-Falck showed artistic leanings early on and participated with wood carvings as a 17-year-old at the polytechnical exhibition in Moscow. In 1875, she started her seven-year period of studies at the Royal Swedish Academy of Fine Arts in Stockholm. She worked as a genre and portrait painter. In 1883, the same year as her brother Johan Henrik died, she applied to Gymnastiska centralinstitutet (GCI, now Gymnastik- och idrottshögskolan) and attended the two-year gymnastics teacher training course including physiotherapy. She was thus in her thirties when she started her career in gymnastics. After qualifying, she also continued working as an artist, doing portraits and illustrations for newspapers, magazines, and other literary products.

Wendela Andersson-Falck started her gymnastics career as a teacher at the girls’ grammar school Wallinska skolan in 1887–1896 and Anna Sandström’s school in 1888–1910. In 1896–1899 she was a temporary teacher at GCI and after that had a permanent post there until 1914. She was a devoted admirer of Per Henrik Ling; his gymnastics system was holy to her. According to her colleague Sally Högström, Wendela Andersson-Falck’s teaching was full of originality, humour and imagination. She was also very interested in sports, and in winter “she eagerly used skis, skates and kick-sledge while in summer she loved cycling and swimming”.

Her artistic education was useful also in the context of gymnastics, not only when it came to composing gymnastics programmes but also when she illustrated several of the standard works of Ling gymnastics. In 1892, the King had started a committee to develop a gymnastics regime for the army and navy, which took ten years to complete, and was presented in a book: Handbok i gymnastik för arméen och flottan in 1902. With some dubiousness, Wendela Andersson-Falck agreed to illustrate the book. She has herself described the work: “The conditions were that the gymnastic poses should first be photographed, and then sketched, after which these sketches were examined in great detail gymnastics-wise by the committee constituted to organise the production of the Handbook. The sketches were sometimes corrected twice or thrice before being done in ink, and even then it sometimes happened that they had to be redone.” A total of 500 figures had thus to be completed.

She was also responsible for the illustrations in Lars Mauritz Törngren’s Lärobok i gymnastik för folkskollärare- och folkskollärarinneseminarier in 1905, with about 300 drawings. Thanks to the influence of the books, her gymnastics drawings were spread all over the world and were even found in foreign nonfiction. Her drawings gave form to Ling gymnastics.

Her hard work had a price. When she was approaching retirement, she had to take sick leave which was granted to 100 %, since she had been afflicted by “acute neurasthenia”. Nowadays it is called occupational burnout.

Wendela Andersson-Falck continued however to be active in club life, where she was highly appreciated on account of her humour and capacity to create consensus when disagreement arose. She was also an active lecturer and published smaller articles, contributions to discussions and polemical articles in Tidskrift i gymnastik (later Tidskrift i gymnastik och idrott) as well as in the association Föreningen GCI’s negotiations and yearbook. In 1924, she and Axianne Thorstensson published the brochure Flickornas yrkesutbildning: arbetsfält och utkomstmöjligheter for Fredrika-Bremer-Förbundet. The brochure was a practical handbook on how to choose a profession.

Wendela Andersson-Falck died in 1926. She is buried in Norra begravningsplatsen (the Northern Cemetery) in Solna. 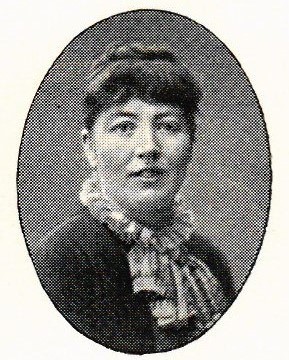