Yrsa Stenius was a combative writer with great professional success. Simultaneously, she met opposition to her opinions and ideological positions. She spent the greater part of her life in Sweden, but emotionally she saw Finland as her home.

Yrsa Stenius was born in 1945 in Helsinki where she grew up in an intellectual environment. Her mother was an actress and her father was an architect. After matriculating, she studied Nordic literature and philosophy. She became engaged in the Social Democratic Party and student politics. In 1968 she was appointed editor in chief of Studentbladet, but was dismissed that same year. She was however soon appointed at Svenska demokraten that later reassumed its old name: Arbetarbladet. There she advanced rapidly and was appointed in 1973 as editor in chief.

Yrsa Stenius’ pen drew attention even in Sweden for its analytical and intellectual vitality, which led to her being offered the post of cultural editor at the major Swedish evening newspaper Aftonbladet in 1979. She was later made head of the cultural editorial office. Her articles on culture and politics, with their sure aim, were valued highly, even though some people considered that they were both too long and too deep. Besides this, Yrsa Stenius displayed administrative talent and good economic sense, which was noticed by the main union, Landsorganisationen (LO), when the newspaper had economic difficulties. This led to her being appointed editor in chief for Aftonbladet in 1982, after only three years there.

Parallel to her journalistic contribution, Yrsa Stenius dedicated herself to a comprehensive authorship. In 1976, she made her debut with the essay collection I väntan på vadå, an analysis of how right-wing politics were manipulated by capitalism. At the same time, she criticised the left wing for its dogmatism. Her book on Albert Speer, Jag älskar mig. Gåtan Albert Speer, appeared in 1980. In it Yrsa Stenius investigates how an intelligent person can be captured by power and at the same time she shows how similar events were taking place in Finland where radical students were being transformed into the instruments of power. She was rewarded with the Finnish state’s literature prize for this book in 1981. In Vår tids hjältar from 1986, she investigates social democratic politicians and points out in the book that Ingvar Carlsson represents a new type of politician whose most eminent characteristics were caution and willingness to cooperate, not agitation as was the case with Olof Palme.

Her time as editor in chief must be considered successful for both Yrsa Stenius and Aftonbladet, but the tough climate of discussion affected her health, mentally as well as physically. Yrsa Stenius asserted her views which were often not in tune with those of social democracy. The newspaper’s economy deteriorated as well. After five years, in 1987, she left her post as editor in chief and returned to the cultural section as a writer.

After having broken off a long relationship with a colleague and her family having been struck by a tragedy, she had to spend several months in hospital. In her autobiography, Makten och kvinnligheten, that appeared in 1993, she describes her life in the service of power and the media as being “one of the boys”. Later on she herself suffered the same kind of negative treatment as she had used on others. The book had a brilliant reception. Yrsa Stenius left Aftonbladet and became an independent writer and debater.

A number of books appeared the following years. In 1995 she published a collection of columns: Best in show. Om hopp, förtvivlan, fåfänglighet and in 1998, her second book on Albert Speer came out: Mannen i mitt liv. The opera singer Jussi Björling’s fate inspired Yrsa Stenius and in her book on him, Tills vingen brister, from 2002, she displays her masterly talent for depicting the darker sides of life in an artist’s anguish and depression. Questions about how truth and lies are handled in the public arena occupied her perpetually. In her book Lögnens olidliga lätthet, that came out in 2005, she discusses how people in power use lies unscrupulously and uninhibitedly while at the same time publicly disassociating themselves from untruths.

Twenty years after having left the chief editorship at Aftonbladet, she once again took on a new position in the limelight in 2007 as the voice of the general public: Allmänhetens pressombudsman (PO). Once again, her opinions were not always those most generally appreciated but she stood up and argued for them, like in the issue of the Muhammed cartoons in the Danish newspaper Jyllands-Posten in 2006. She assessed the publication of them as “gross lack of judgement”, not as a matter of freedom of the press. Once again, she was an active debater at the barricades.

Yrsa Stenius loved dogs, especially dachshunds. Being with dogs gave her peace, security and happiness. The title of her final book from 2007 signals something of her private life situation, with its triple focus on dachshunds, love and grief: Taxar, kärlek och sorg.

Her final ten years were not lived as much in the public eye, but Yrsa Stenius continued her struggle against the misuse of power and the rot in the judicial system. She was appointed a member of the Council of Ethics (Etiska rådet) when the passenger ferry M/S Estonia sank. In the book Rättsskandalen, published in 2018, a short time before her death, she participated with the chapter ”Rättsväsendet i medias klor”.

Yrsa Stenius died in Stockholm in 2018. 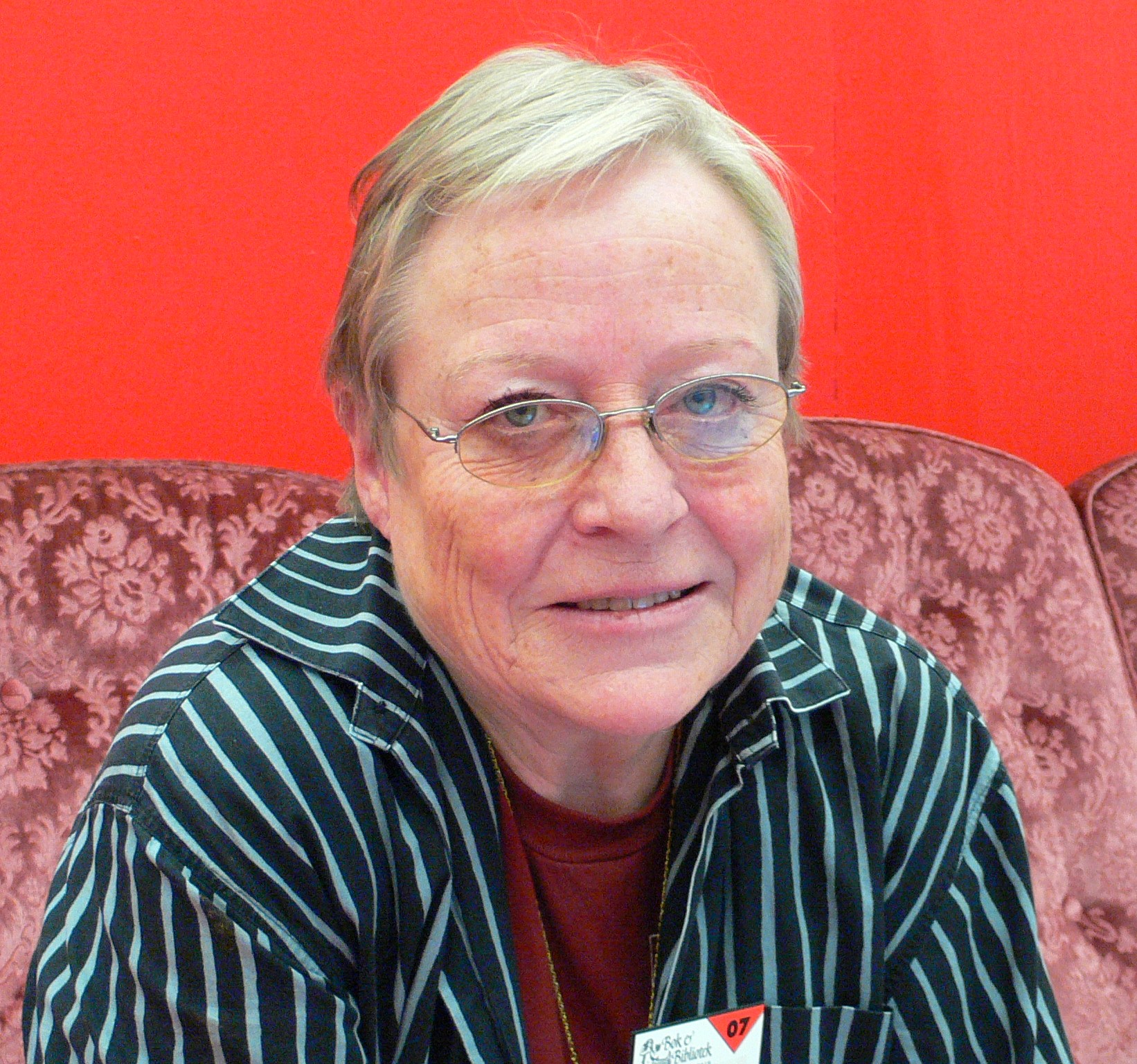