Alma Andersson was one of the seven early female Swedish Baptist preachers who were sent out to evangelise.

Alma Andersson was born in Asker parish, southwestern Närke in 1867. Her parents were Anders Larsson and Stina Cajsa Larsson, née Andersdotter, both of whom were farmers who belonged to the growing Baptist movement in Sweden. The family also included Alma Andersson’s half-brother, Per-Erik Eriksson, born during their mother’s first marriage, and her full sister Hanna Kristina Andersson, both of whom also became members of the Asker Baptist congregation. Being part of the Baptist congregation had a life-long influence on Alma Andersson’s life. Her socialisation within the congregation began at an early stage when she attended the congregation school, known as an ‘everyday school’. She also attended the congregation Sunday School, which she later served as a leader. She was baptised at the age of fifteen, in 1882, at which point she became a full member of the congregation. She also joined the congregation singing association as a teenager as well as the ladies’ association, which was an independent democratic organisation for unmarried women. She served as the ladies’ association secretary during 1890 and 1891. An event which probably influenced the future direction her life was Nelly Hall’s visit to the congregation in 1885. Nelly Hall was a preacher known throughout Sweden.

The pastor of the Betel congregation in Örebro, John Ongman, set up a Bible School in 1891 which was open to both men and women. The following year, in 1892, Alma Andersson applied to the school and was accepted for study there. She described it like this: she had “long felt called to give public witness to the Lord”. This was at a time when the public sphere was seen as exclusively male and when female preachers were neither accepted within sacred nor secular contexts.

Upon completing the course at the Bible School Alma Andersson was selected and sent out as one of Örebro Missionsförening’s (ÖM) 12 first evangelists – a symbolic number given the context – comprising seven women and five men. The women were dismissively referred to as “Ongman’s girls” by critics. Alma Andersson, along with Klara Eriksson, was sent to Jämtland, with no word of either a salary or maintenance fees, although she did intermittently receive some financial support. The two women spent their time travelling around the county, preaching and singing at chapels, missionary houses, public halls, school halls and in private homes.

Alma Andersson and Klara Eriksson faced both mockery and curiosity as they performed their duties as female role models. Their efforts were fruitful, however, and people joined the movement and congregations were set up. Alma Andersson described her experience by saying she “became a witness to a major revival”. In August 1894, however, her role as an evangelist came to an abrupt end as Klara Eriksson got married. Alma Andersson tried to continue on her own but the board of ÖM would not allow this. She then returned to Asker and waited for a replacement evangelist partner to be appointed which would allow her to return to her evangelising activities. The Jämtland congregations wanted her back but for various reasons this never came to pass, despite Alma Andersson making several attempts to return.

Alma Andersson once again joined the ladies’ association in Asker where she served as chair and was a guiding force in setting up a mixed-sex youth association. She also attended regional meetings and was an active and outspoken champion of the right of women to preach within the local Asker congregation. Alma Andersson remained in her hometown of Valsta until her death in 1937. She is buried at Asker cemetery. 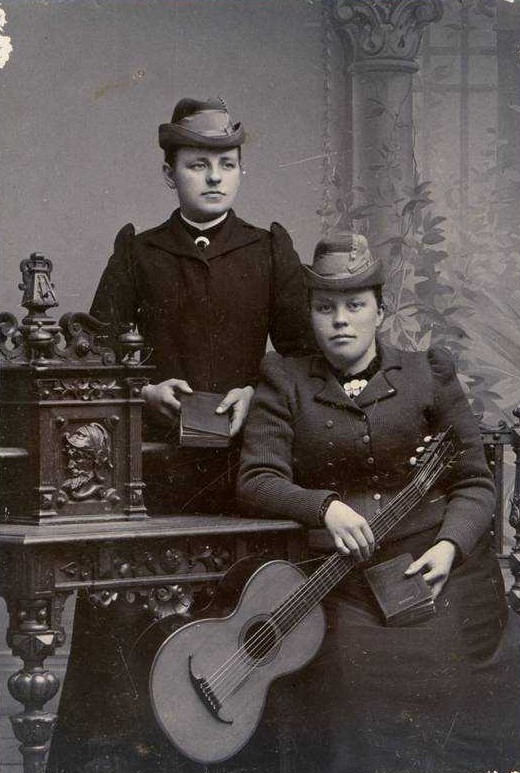